Trans Am field boosted to 30 cars for Sydney

Trans Am field boosted to 30 cars for Sydney 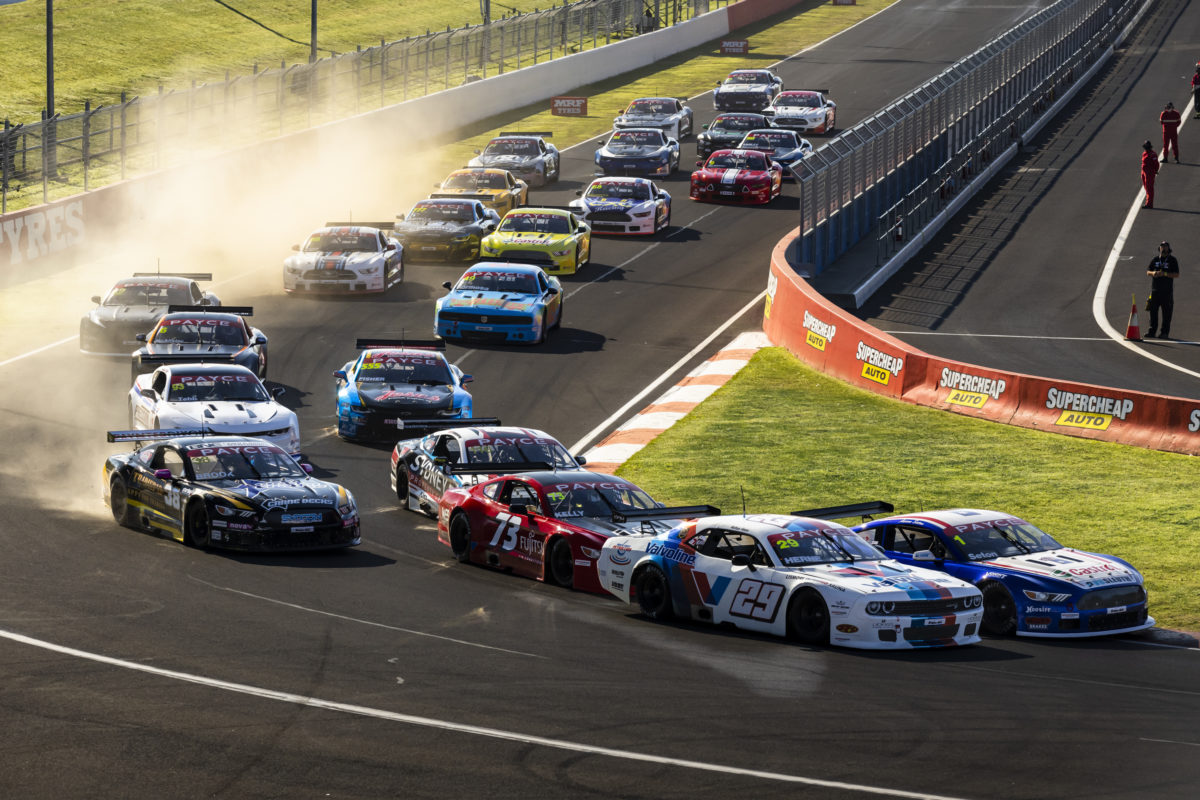 The Trans Am field at Bathurst

A stacked field of 30 Trans Am cars will descend on Sydney Motorsport Park for the fourth round of the national series this weekend.

Since running 16-cars in Tasmania for the season-opener, the grid size has inflated from 24 at Phillip Island to a 26-strong grid at the most recent outing at Bathurst.

That has now ballooned to 30 cars for the series’ visit to western Sydney from April 30-May 2 as part of the Shannons Motorsport Australia Championships event.

Series leader Aaron Seton and title rival Nathan Herne are two points apart on top of the leaderboard, with the pair set to do battle once again around the 3.93km Eastern Creek circuit.

A further 80 points back is the ever-consistent Edan Thornburrow in third place in the standings.

The 30-car field includes National Trans Am debutants Ron Moller, Adam Hargraves, and Steve Coulter, who is taking over the driving duties of the Mustang previously driven by his son, Michael.

Shaun Richardson and Anthony Tenkate return to the competition for the first time since Adelaide early last year, having not raced in Trans Am since the COVID-19 pandemic.

Zac Loscialpo, Paul Freestone, Jason Hassett, Tim Shaw and Brett Holdsworth all skipped the Bathurst round but are back on the grid in Sydney.

The Trans Am weekend format remains similar to what has been seen most of this season, with practice and qualifying beginning the weekend on Friday.

They will then have two races on Saturday and a third and final race on Sunday.

Trans Am grid for Sydney Motorsport Park, April 30-May2