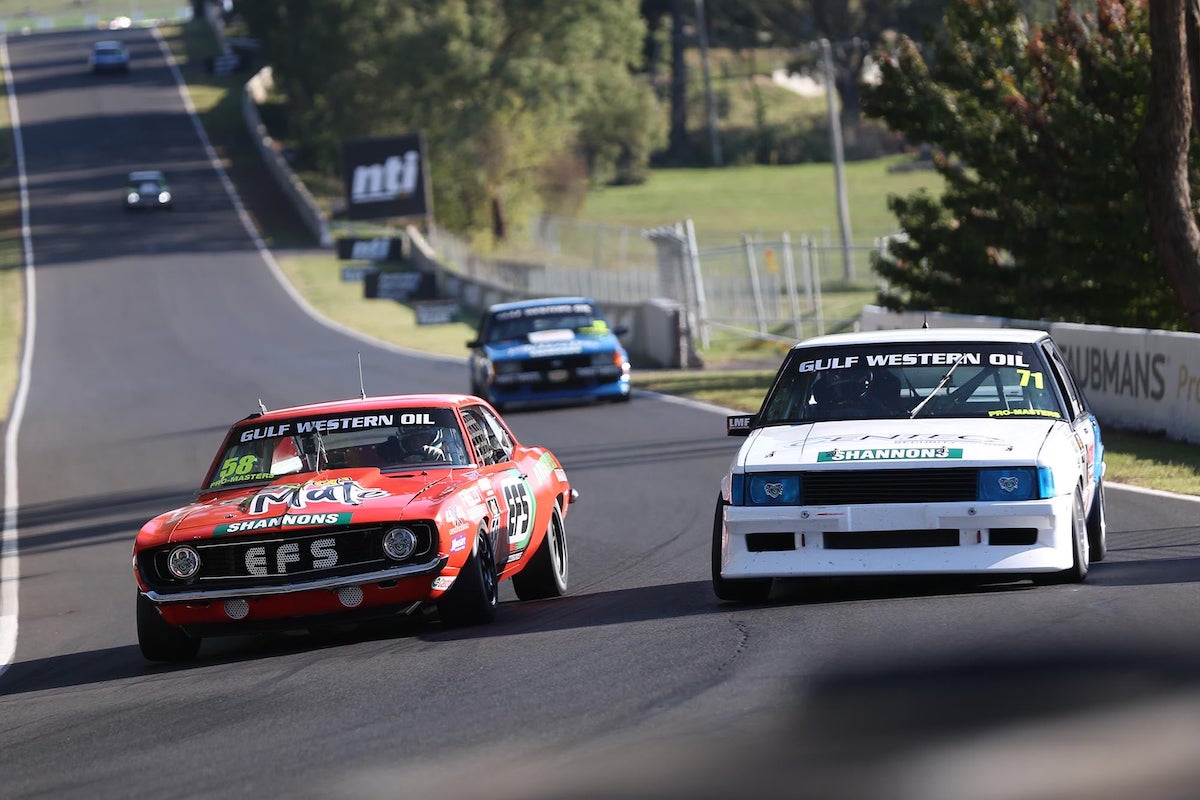 Gulf Western Oils Touring Car Masters teams will be able to request access to the specifications documents for any eligible model as part of moves to enhance transparency.

TCM being a series for enhanced versions of historic vehicles, whose years of manufacture range from 1963 to 1980, the original version of each is the starting point for a race car’s homologation.

From there, a Recognition Document and sets of ‘Sporting Variants’ (SV) and ‘Option Variants’ (OV), each of which is particular to each eligible model of car, must be considered.

As stated in Rule T2.3 of the series’ Technical Regulations, each aspect of the Sporting Variants must be observed, while, as the name suggests, competitors may choose to implement Option Variants or not.

See below for excerpt from technical regulations

Speedcafe.com understands that those documents had not been freely accessible in the past.

However, new-for-2021 category manager Paul Taylor, also the new-for-2020 technical advisor, has confirmed that they will be available upon request going forward.

“If they ask, they get the information; no problem,” Taylor told Speedcafe.com.

“We don’t publish it broadly, but I actually made that comment in our meeting with the car owners at Bathurst.

“That’s something that I was aware of, that they hadn’t been openly available in the past, but like I said, I’ve got no issue with people seeing the documents for their own car and for others.”

The initiative is part of a broader drive for transparency, and comes amid a number of others which are aimed at ensuring that the enforcement of sporting and technical regulations is as tight as possible.

Just like measures such as tighter scrutineering and installation of engine data loggers, opening up the variants documents is about enhancing confidence that cars are compliant.

“To me, confidence comes with transparency,” added Taylor.

“Transparency doesn’t mean you tell everybody everything about every single car or competitor.

“Transparency means that the same information is available to everybody as appropriate.”

As Taylor noted, neither the recognition nor variants documents are publicly available.

That they might be circulated freely within the competitor base, however, does not mean any team’s secrets would necessarily be revealed, given they do not relate directly to set-ups.

It could be argued, nevertheless, that their distribution would introduce an extra level of accountability, given blatant breaches could be noticed by rivals.

Round 3 of the 2021 TCM season takes place with the Shannons Motorsport Australia Championships at Sydney Motorsport Park on April 30-May 2.

(b) Any component shown in Option Variants (VO) may be used at the discretion of the Competitor.

(c) Any component shown in Sporting Variants (SV) must be used of necessity in its entirety.

(d) Nuts and bolts: Throughout the Automobile, any nut, bolt, screw may be replaced by any other nut, any other bolt, any other screw and have any kind of locking device (washer, lock nut etc).