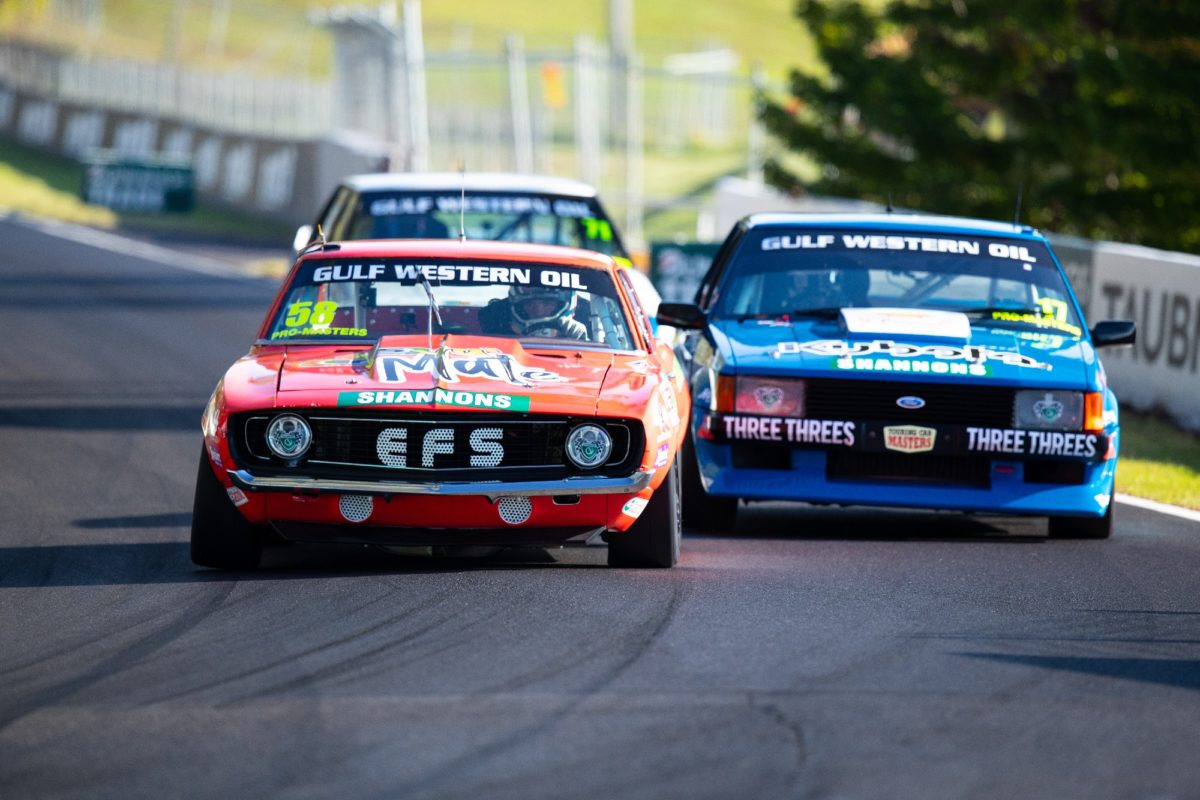 Ryal Harris (left) ahead of Steven Johnson (right) in TCM

Adam Bressington’s return headlines an 18-car grid for Round 3 of the Gulf Western Oil Touring Car Masters at Sydney Motorsport Park this weekend.