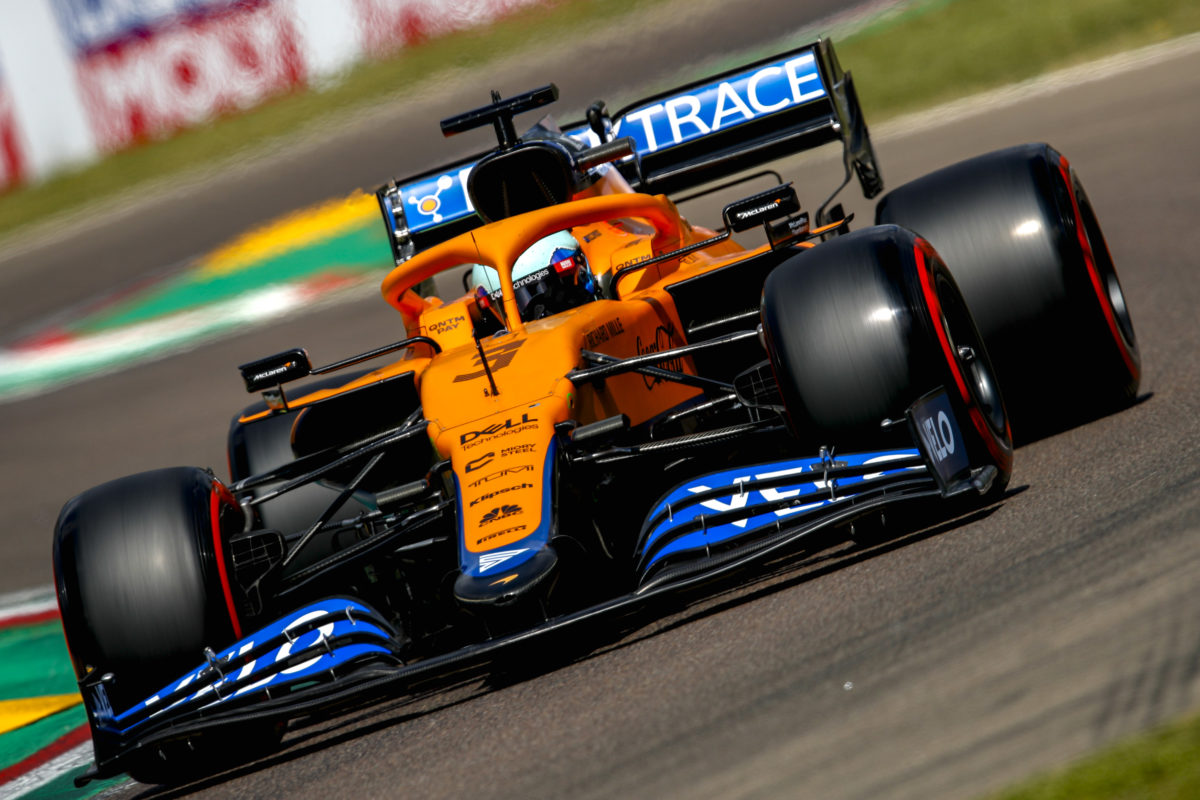 After starting the 2021 Formula 1 season with two points finishes, Daniel Ricciardo is looking to continue building on that this weekend.

The McLaren driver heads to the Portuguese Grand Prix seventh in the drivers’ standings after finishes of seventh and sixth in the opening two events.

“This weekend, I want to keep building on the progress we’ve made in the first two races and put what we learned at Imola into practice,” Ricciardo said.

“We’ve definitely started the season on the right foot by scoring good points for the Constructors’ Championship, so I can’t be too disappointed on that front.

“There are a few elements I’m still trying to get to grips with which is only going to get better with more time behind the wheel.

“Seeing Lando [Norris] achieve a podium showed the potential of the car which is super motivating.”

Norris is third in the championship behind points-leader Lewis Hamilton and Max Verstappen, the top two split by just a single point.

Fourth place in Bahrain was followed by a podium at the Emilia Romagna Grand Prix last time out, McLaren’s first trophy of the season.

Norris starred in the race, driving clear of his team-mate after Ricciardo was asked to move aside over the radio. Lando Norris in action during the Emilia Romagna Grand Prix

“The result shows the progress we’re making to compete closer towards the front of the grid, but we know not every race will go in our favour,” the Brit said.

“We just need to keep our head down and look to improve in all areas to find that extra tenth that can give us the edge against strong competition.

“I think Imola really showed us that we need to try and turn every opportunity into an advantage with the fight being so close.”

Last year’s Portuguese Grand Prix was held in wet conditions, on a circuit that had been only recently resurfaced.

It made for a low grip encounter, Ricciardo finishing ninth for Renault and Norris just 13th.

“Everyone was struggling for grip there last year with the track being recently resurfaced, so it’ll be interesting to see what it’s like this weekend,” said Norris.

“Hopefully we’ll be able to push the car a bit more this time around.”

Ricciardo added: “Racing there is a lot of fun with the track having some unique elements that you don’t see at every race on the calendar.

“There’s a good mixture of high and low-speed corners with various changes in elevation that make it an exciting challenge.

“Coming out of some of the turns, you can really feel your stomach drop with the steep changes in gradient.”

Free Practice 1 for this weekend’s event gets underway on Friday, from 20:30 AEST.