Sergio Perez is still rueing what he considers a missed opportunity to snag a maiden podium with Red Bull last time out.

The Mexican spun during the Formula 1 Emilia Romagna Grand Prix while running fourth, and ultimately ended the race in 12th position.

Meanwhile, team-mate Max Verstappen won the race after starting from third and winning the drag race to the Tamburello Chicane.

F1 this weekend heads to Portimao for the Portuguese Grand Prix, with Perez aware that he goes into the event with a shot at the race win.

“The motivation is sky high,” he said.

“The way we work at Red Bull, we prepare our race weekend to take the maximum from it because we know if we do everything right we have a realistic chance of winning the race.

“Everyone in the team is also pushing really hard to try to improve the RB16B so we can maximise every single weekend with both cars – that’s the target.

“Imola was a missed opportunity as I think we should have finished one-two but hopefully we can achieve that this weekend.”

Perez’s first two races with Red Bull have been mixed.

A pre-race issue in Bahrain saw him start from the pit lane before charging back to fifth at the flag.

He then qualified a career-best second in Imola only to lose out at the start and spin mid-race to fall out of the points in wet conditions.

“Imola is a pretty tough track to get on top of and maximise, especially if you’ve recently swapped teams, but in Portugal I hope to be in the mix and get everything out of the car,” Perez said.

“We know what the car is capable of and the goal is to deliver on its potential.

“The positive is that the pace is there, we just need to continue building on our form and take another step forwards.” 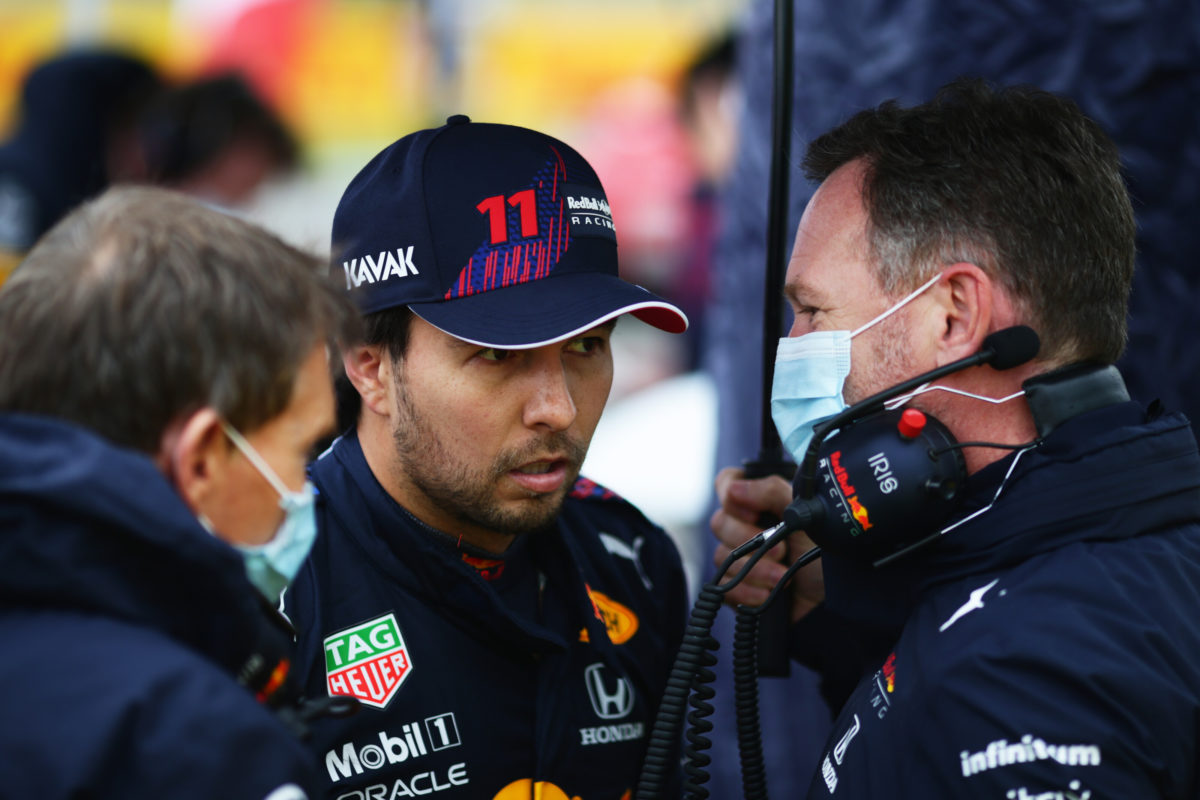 Portimao made its debut on the F1 calendar last season as the sport reworked its schedule in the wake of the coronavirus pandemic.

The undulating venue proved a popular addition, and was arguably the scene of the greatest drive in Lewis Hamilton’s career.

“It’s fairly new to the calendar and last year was tricky with the new asphalt, so it will be interesting to see how it is this year in terms of grip but certainly I think it’s a good track,” Perez said.

“It’s the first back-to-back of the season and races are coming thick and fast now, so it will be important to be on it!”

The Dutchman is therefore confident the RB16B will be able to deliver this weekend.

“We were on the podium there last year and I think we have a better car now, so I’m looking forward to extracting everything we can from the car and have a bit of fun out there,” Verstappen said.

“Every race weekend so far, we’ve really felt that there is a chance to win, it feels like a different mindset now when you know you can fight for pole.

“We’ve definitely learnt a lot over the years, I’m very excited to see what is ahead of us.

“It won’t be easy, but we are going to do everything we can to stay in the fight this season.”