Test experimenting to help Fullwood out of funk

Test experimenting to help Fullwood out of funk Bryce Fullwood hopes a move to refine his driving style in a no-pressure environment will get his 2021 Repco Supercars Championship back on track.

Fullwood was among the cluster of drivers to complete a rookie test day at The Bend Motorsport Park last Thursday, just weeks out from the OTR SuperSprint event at the same venue.

It represented a timely opportunity to regroup for the second-year Walkinshaw Andretti United driver, who has slipped from seventh in the standings after Round 1 to now be 17th.

That’s come as he has been mired towards the back of the pack at Sandown and then Symmons Plains – his struggles at the latter made all the more noticeable by the fact team-mate Chaz Mostert took victory in Race 8.

Determined to turn things around, Fullwood took a look in the mirror and headed to The Bend on a mission to lift his game.

“I definitely had a few things in my driving I wanted to work on,” he told Speedcafe.com.

“I struggled a fair bit at Tassie and couldn’t get my head around a couple of things.

“I really wanted to work on those couple of things at the test, being in a no-pressure environment where if I went off and flat-spotted a few tyres and whatnot, it didn’t matter too much.

“Whereas when you’re at a race meeting, you don’t have that many tyres to start with so you can’t really just go and experiment like that.”

When pressed on specific areas of improvement, Fullwood pointed to braking. 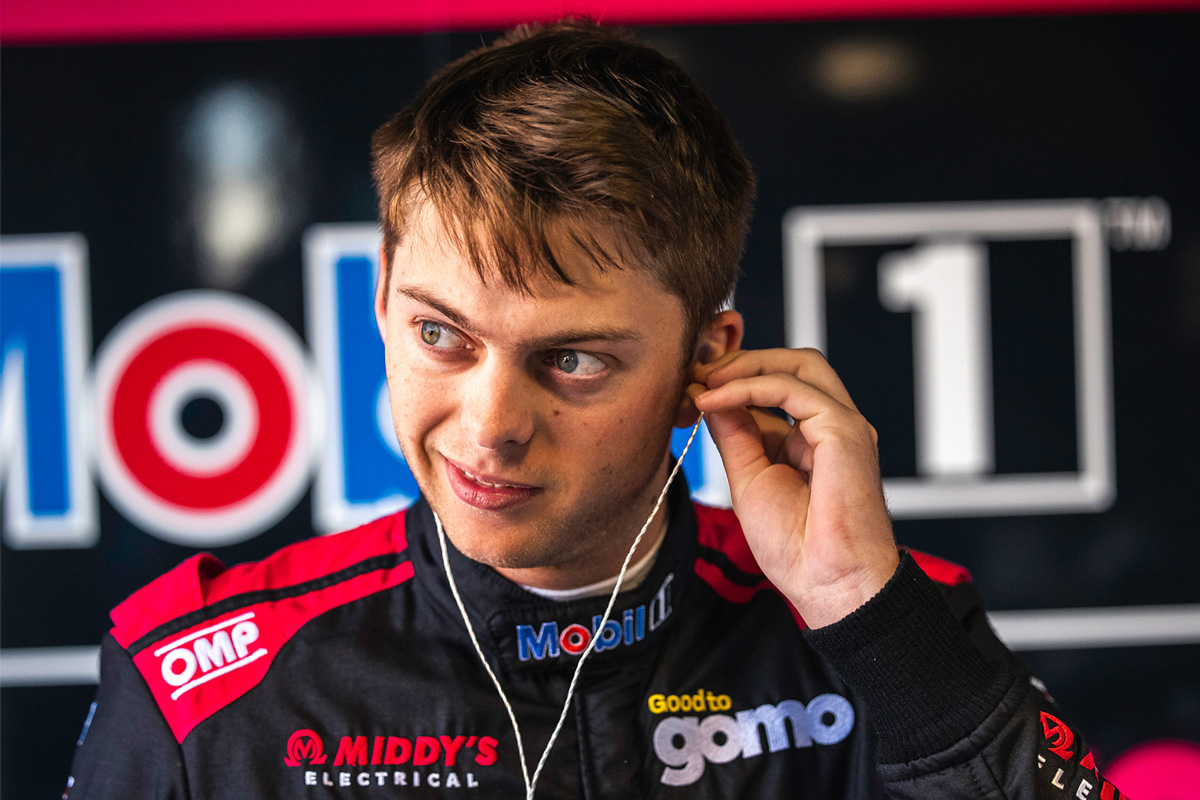 Fullwood opened the year with fifth place in Race 1

“I’ve got some really good traits that in turn actually probably hurt me which probably shouldn’t,” explained the 2019 Super2 Series winner.

“So just trying to stitch it all together and become a lot more comfortable with the lock margin that the car has got and just try to maximise.

“And like I said, it was nice to be in an environment where you can explore the limits without too many consequences and just sort of work out where you need to be and go from there.

“So yeah, definitely a bit more optimistic and excited for the next event.”

The Bend holds a significant place in Fullwood’s career, having been the site of his maiden main game podium last year.

“I obviously had a very good run there last year. I think it’s a track that suits me a fair bit too so yeah, ready to get into it,” he added.

WAU has slipped behind the Shell V-Power Racing Team to now be third in the teams’ championship.

The OTR SuperSprint takes place on May 7-9.