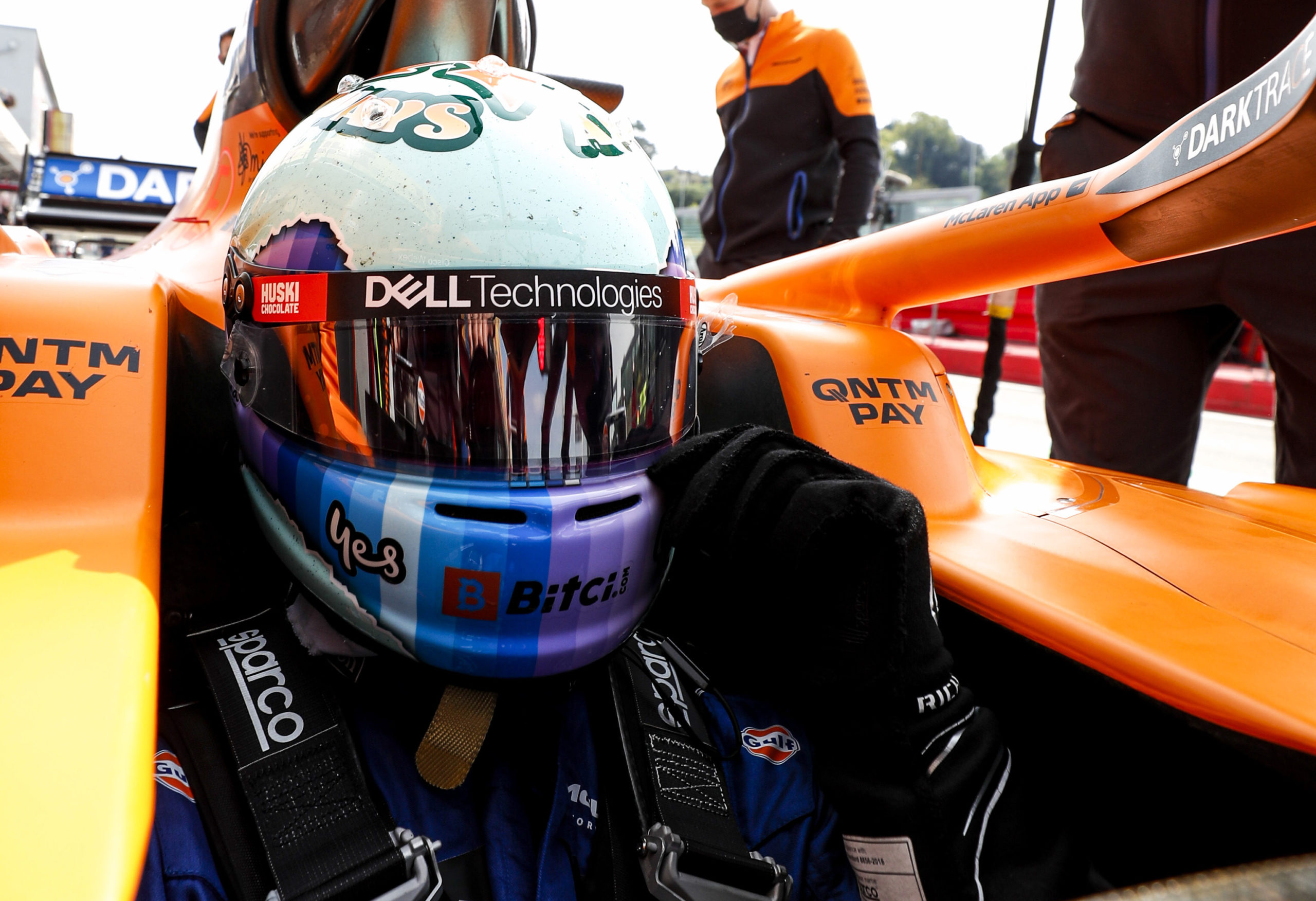 Daniel Ricciardo has suggested Formula 1 should hold a double-header in Melbourne should the Sao Paulo Grand Prix fall over.

Sao Paulo is slated to host F1 on November 7, two weeks before it lands in Australia, though Brazil remains firmly in the grip of the coronavirus pandemic.

A new variant of coronavirus, traced to the Brazilian Amazon, has begun wreaking havoc in South America.

“I am aware of Brazil currently is not in a good place with COVID,” Ricciardo acknowledged in an interview with Trevor Long from EFTM.com.

“I think, if we were scheduled to go there this weekend, then yeah, I’m pretty convinced it would be up in the air.

“For now, they’re kind of on the hope that by then things settle down, but if it’s still as it is then that that race could potentially be in question.

“A bit like last year, I’m sure there are maybe some circuits, call it, that could fill some gaps if some are lost.

This year’s Formula 1 Australian Grand Prix is scheduled to run from November 18-21 after being postponed from its traditional March date.

The delay has afforded the opportunity for works on the circuit that were scheduled to happen after this year’s event to instead be completed beforehand, as revealed by Speedcafe.com.

A number of corners will be reprofiled and their camber adjusted with a view to improving the Sunday racing.

It’s a project Ricciardo himself was involved in, adding his feedback when approached by organisers. 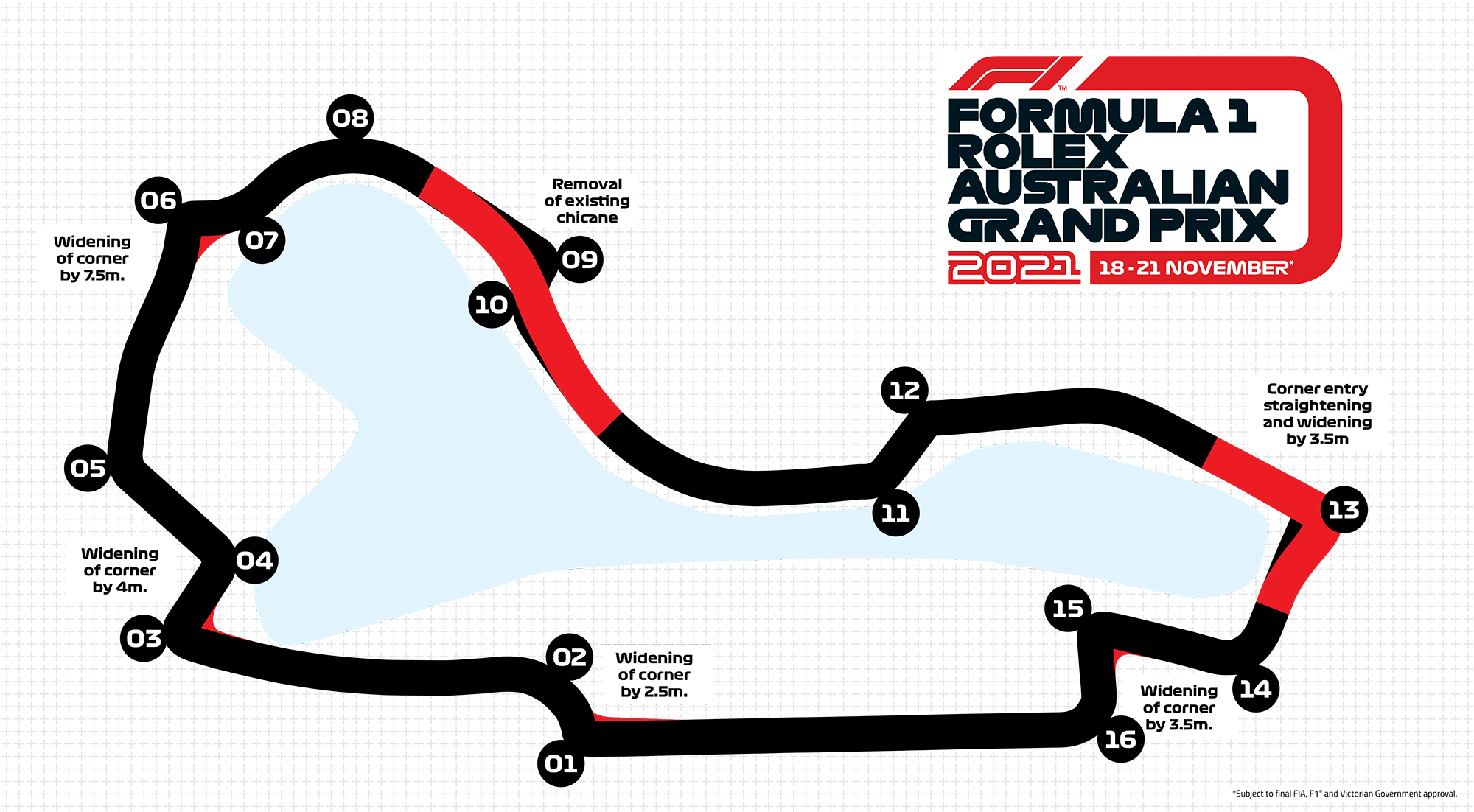 A map showing the modifications to Albert Park

However, there remain questions around how the sport will enter and exit the country.

It’s a problem organisers in Melbourne are currently grappling with as the Australian Grand Prix Corporation works to begin locking down its plans for the event in the coming weeks.

One of the biggest questions surrounds quarantines or bubbles, and how that concept would work.

While his suggestion was somewhat tongue in cheek, Ricciardo reasons back-to-back races at the reprofiled Albert Park would be popular with drivers.

“If there is any, let’s say, form of quarantine when we get there, to do a double-header at least would make the time worthwhile,” Ricciardo mused.

“Hopefully we get a bit of time in Aus as opposed to quarantine [and then the] circuit.

“I know all the drivers love going to Melbourne for the race,” he added.

“In Australia, everyone knows how beautiful it is, so if I called all the drivers right now and said, ‘Hey, what do you feel about spending two weeks in Australia?’ I’m pretty sure none of them are going to whinge and moan.”

The seven-time grand prix winner also noted that additional time in Australia may afford the opportunity for McLaren to revisit Bathurst with a Formula 1 car, as it did with Jenson Button in 2011, a concept he’s already discussed with McLaren’s CEO Zak Brown.

“That’d be fun if we come to Australia for a period of time,” Ricciardo said.

“If we did a double-header or something, and we had the luxury of time in Australia, absolutely [I’d like to do it].

“I might have to run it by [Zak], but I have already actually so I’ll remind him.”

Ricciardo has previously expressed his enthusiasm for driving a Supercar around Mount Panorama.

He’s also confessed that he’d be open to a start in the Bathurst 12 Hour when asked about the event by Speedcafe.com.

However, an F1 blast around the iconic circuit is unlikely, with sources within McLaren admitting no serious thought has been given to the concept.