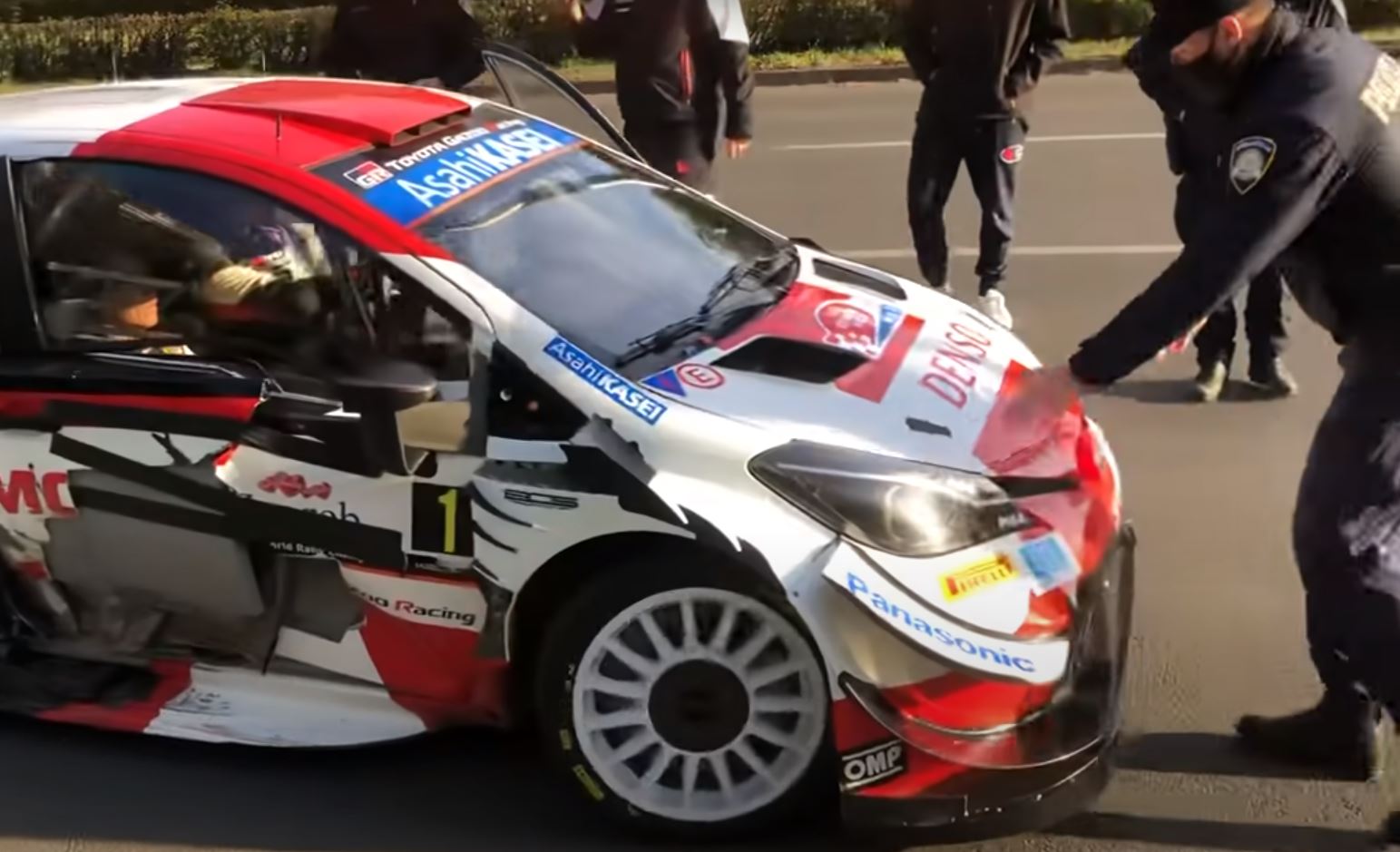 Rally Croatia victor Sebastien Ogier will maintain the WRC event win but has been slapped with two fines and a suspended ban for his part in a traffic crash on the morning of the final day.

Ogier crashed with a BMW as he made his way from service to the start of the day’s opening stage.

It left the Toyota with damage to the passenger side door but was otherwise able to continue in the rally.

In doing so, it was judged that Ogier had left the scene of an accident, for which he was fined €5000 (AUD $7802) and handed a suspended ban.

In reviewing the incident, officials noted that Ogier left the scene of the accident despite a police officer standing in front of the car.

He and co-driver Julien Ingrassia had been trying to pull to the side of the road to check their Toyota Yaris after leaving service.

“Mr Ogier explained that after they had left the service park, they realised they needed to stop to check something on the car,” the stewards’ decision stated.

“Once they started from the traffic lights, they saw a suitable bus stop on the right and changed the lane to reach the bus stop.

“Another car was approaching at the same time fast from behind on the same lane and crashed into the right side of car No. 1.”

Once police arrived, a Toyota team member attended the scene of the crash to help translate.

As the matter was in hand, Ogier felt he was able to leave – information that was not relayed to the police officer standing in front of the car (see video below).

“Mr Ogier added that he fully understands that this should not have happened and that this makes his behaviour to look very bad as videoclips are spreading in the social media,” the stewards’ decision said.

“Mr Ogier apologised for this offence and promised to contact the driver of the other car involved in the accident and also the police officer who was standing in front of the car to present his apologises (sic) also to them.

“The Stewards concluded that as such a traffic accident is not necessarily a breach of the regulations. Nevertheless, the behaviour of Mr Ogier cannot be accepted.

“By driving the car and pushing the police officer aside, Mr Ogier caused an unsafe situation.

“The incident is prejudicial to the interests of motorsport.”

Leading the rally at the time of the crash, Ogier ceded top spot to team-mate Elfyn Evans during the final day, stealing it back on the last Special Stage of the event.

The Frenchman now leads the championship as a result with 61 points over Thierry Neuville (53) and Evans (51).