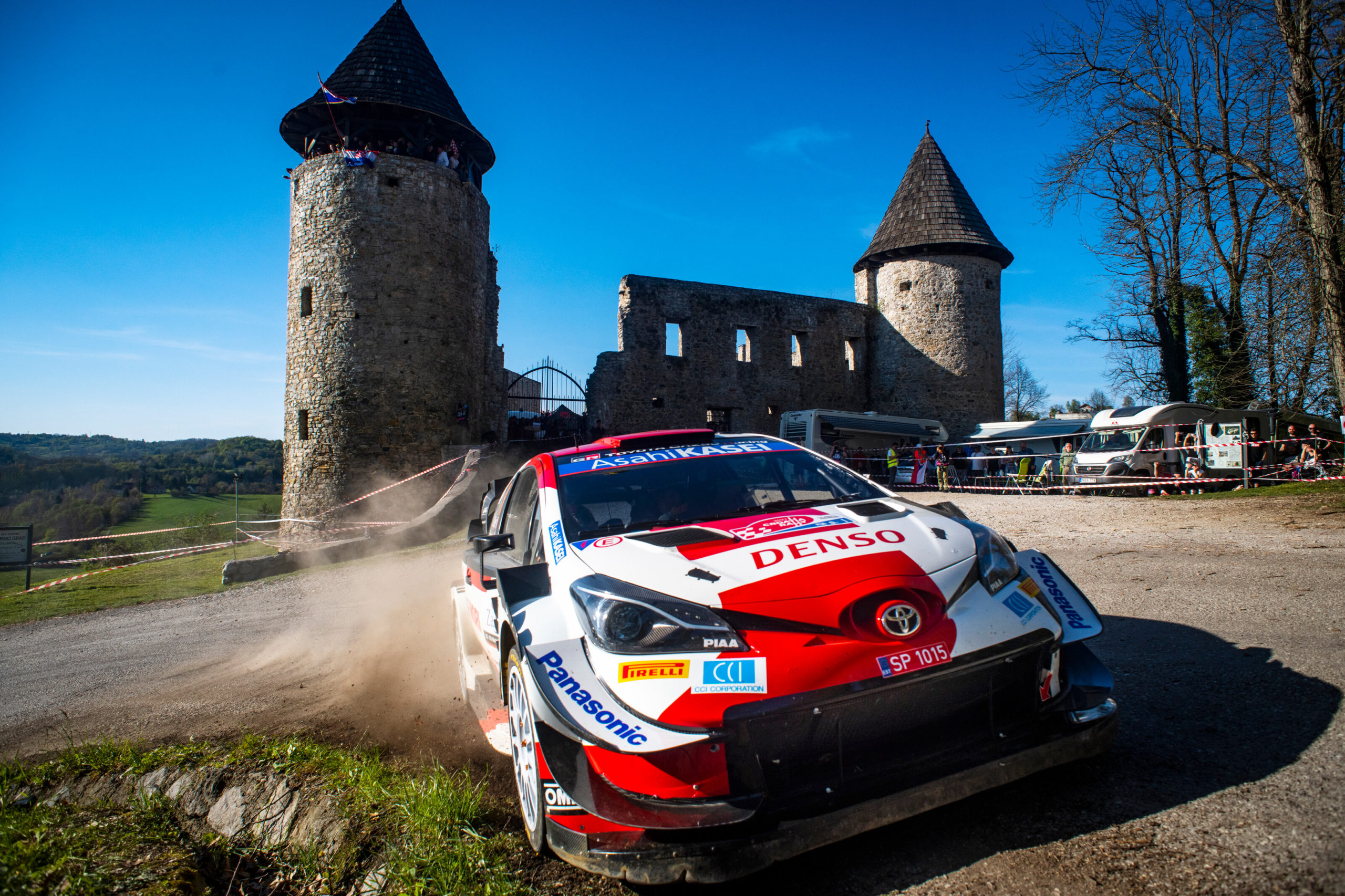 Sebastien Ogier has moved into the lead of the WRC Croatia Rally as former leader Thierry Neuville slipped to third.

The top three are covered by just 10.4s heading into the final day of the event, with Elfyn Evans second at 6.9s from Ogier.

Neuville lost ground in the morning’s running, stalling on the second stage and battling with brake dramas in his Hyundai.

Of the five stages run before lunch, Ogier claimed four of them and Evans one to give Toyota a clean sweep.

Having fallen 20s away from the lead of the rally, Neuville’s hopes were thrown a lifeline when Ogier dropped 10s courtesy of a right-rear puncture.

The Frenchman had taken over at the front of the rally on the day’s first stage, overcoming his 7.7s overnight deficit to hold a 1.2s advantage.

That gap only increased with each subsequent run until Ogier’s puncture on Stage 13, whereupon it equalised.

Sitting fourth, 37.8s away from the lead, is Ott Tanak, who holds a more than 50s advantage over fifth placed Adrien Fourmaux.

Craig Breen, who had been fifth at the end of the first day, fell to eighth after losing two minutes changing a puncture shortly after the start of the day’s first stage.