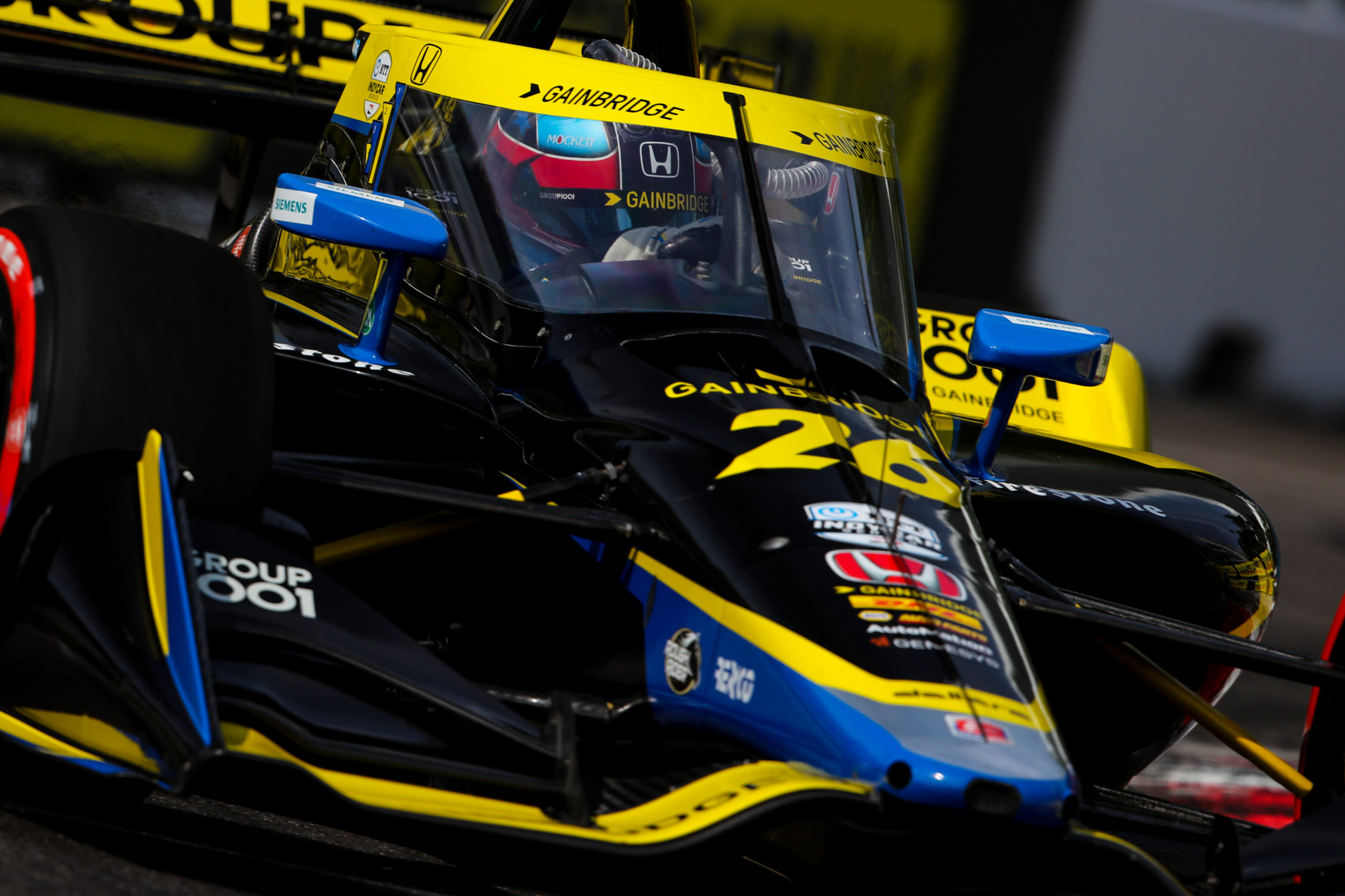 Colton Herta has qualified fastest for the IndyCar Grand Prix of St Petersburg with Scott McLaughlin set to line up 14th.

Herta will share the front row with Jack Harvey, with Josef Newgarden and Simon Pagenaud on Row 2.

The segmented qualifying followed a Stadium Super Trucks race, leaving the circuit dirty as a result.

Scott Dixon was among those in the first group on track and had a spin as a result of the low grip.

The Kiwi was able to keep the car out of the wall and carry on, though ruined a set of tyres in the process.

He would progress through to the next phase, despite another lurid moment and a penalty which saw him lose his best time.

With Dixon sixth in the group, the five ahead of him who also progressed were Alexander Rossi, Herta, Pato O’Ward, Pagenaud, and Sebastien Bourdais.

McLaughlin was quick out of the gates when Group 2 took to the circuit on a set of the Primary Firestone tyres, heading Newgarden and Will Power.

However, on the red-walled tyres Newgarden went fastest as both of Penske’s Antipodean drivers dropped into the elimination zone.

A moment for Power saw him tag the barrier, bending a toe-link in the process.

With Newgarden topping the segment, he progressed into the second phase of the session along with Graham Rahal, Harvey, Rinus VeeKay, James Hinchcliffe, and Alex Palou. 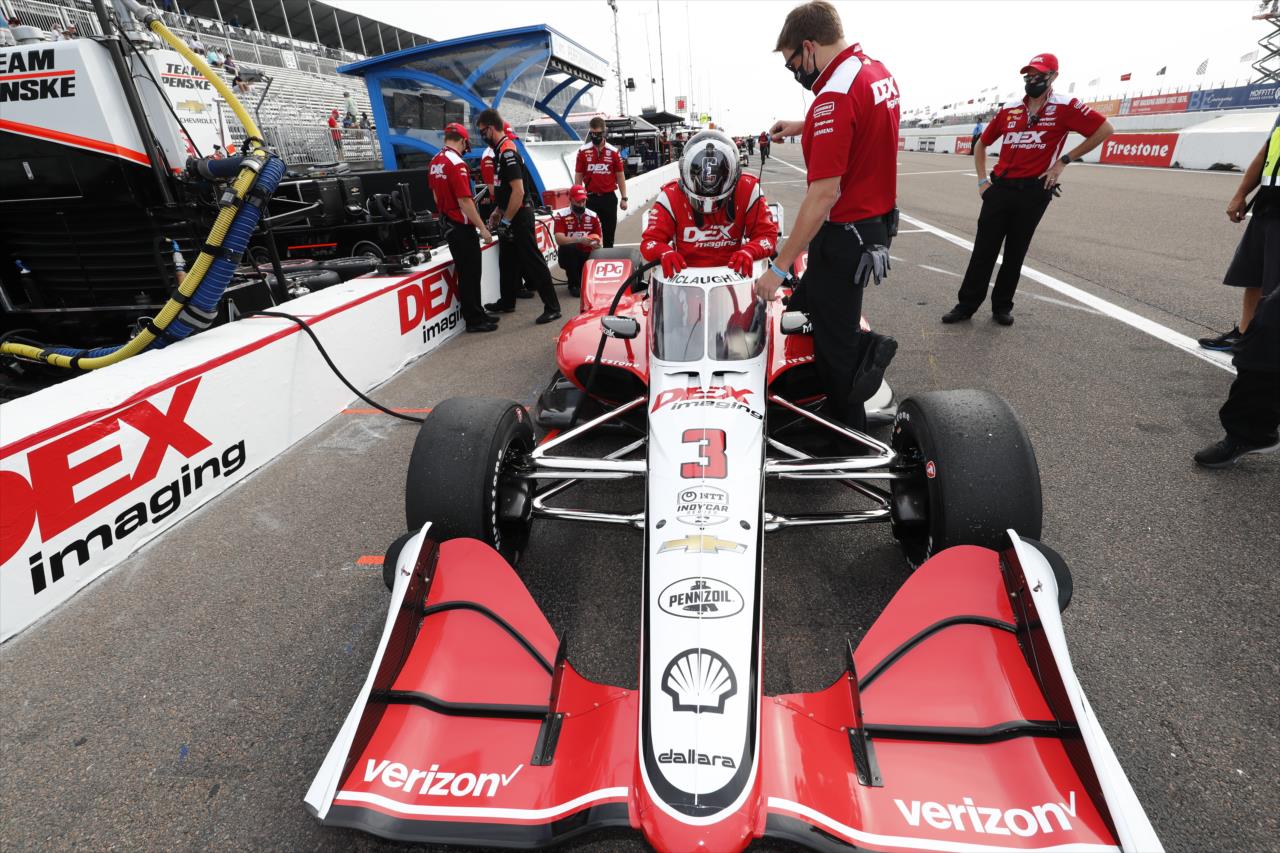 McLaughlin was seventh best in the session, just 0.06s away from progressing.

Another notable elimination was Romain Grosjean, the Frenchman only ninth fastest in the group and will therefore line up 18th.

Joining those four in progressing were Harvey and Pagenaud, while Dixon was only eighth fastest after brushing the wall and struggling with tyre temperature.

Herta then remained fastest in the Fast Six segment to end proceedings, heading Harvey by 0.2499s.

The top five runners all sported a set of Alternate tyres, while O’Ward bolted on a fresh set of the Primary rubber.

He’ll line up sixth as a consequence, sharing the third row with Bourdais.

Coverage of Sunday’s race in St Petersburg will begin at 02:00 AEST Monday.