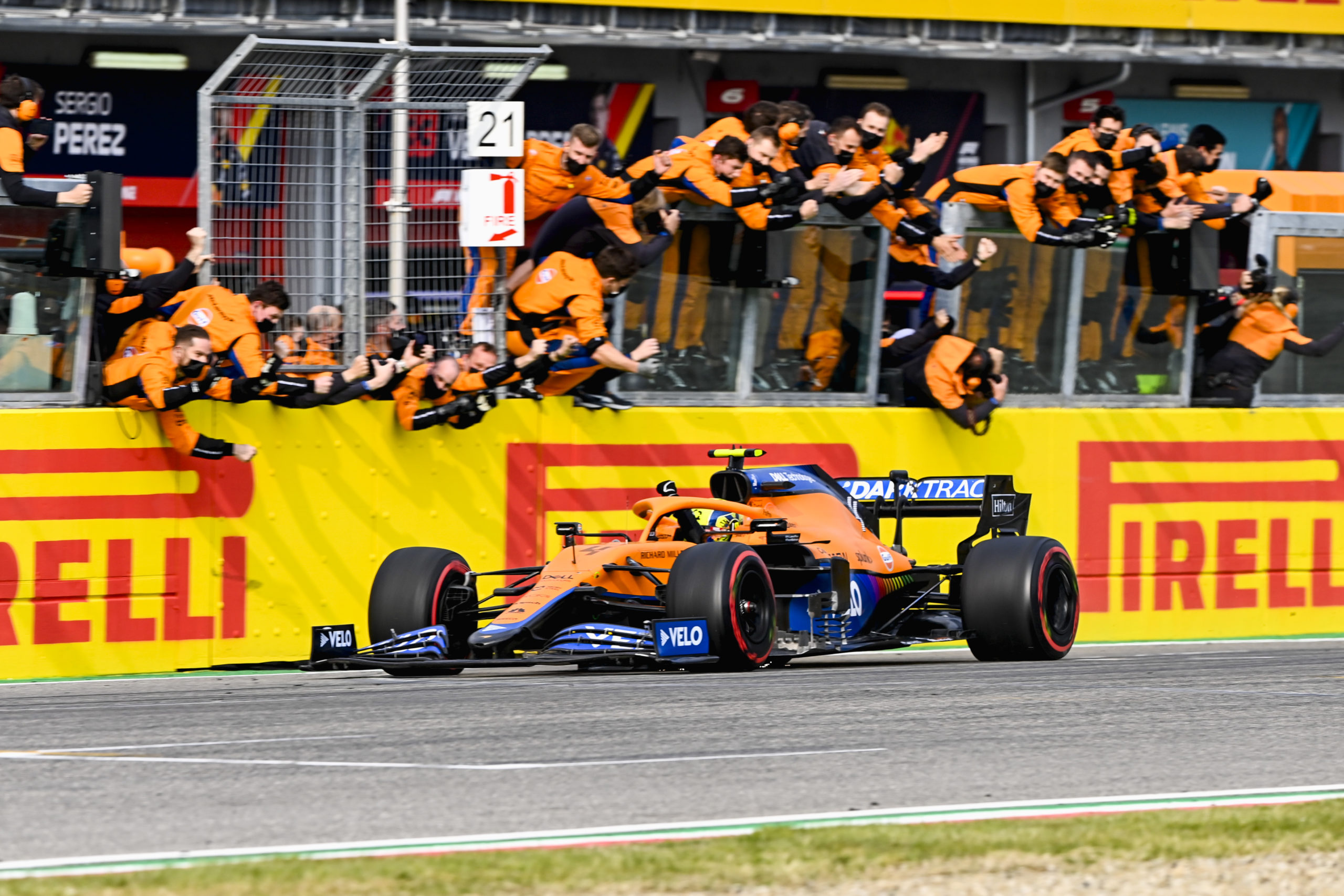 A podium in the Emilia Romagna Grand Prix, and points in the Bahrain Grand Prix, is confirmation Lando Norris is heading in the right direction.

That’s the assertion of McLaren’s Formula 1 team principal, Andreas Seidl, who is “very, very happy” with the development of his young driver.

Now in his third season of F1, Norris has largely led the way against his newly arrived, and highly rated team-mate, Daniel Ricciardo.

The 21-year-old has had the Australian’s measure in both races to date, and bar for a track limits breach in qualifying last time out would have easily bested him in the Saturday session in Imola too.

Watching on from the pit wall, Seidl can see the progress that has been made from last year to this.

“Results like the ones he had in Bahrain and [Imola], obviously it was a great confirmation for himself that he is heading in the right direction,” Seidl said.

“The most obvious thing for me is the lap times he’s putting in consistently, as I’ve said many, many times, because if these lap times don’t come it’s I can’t fix it.

“His lap times are also a result of, I would say, the hard work he has put in together with his team, together with our engineering team again, over winter in order to learn from [his] second season in Formula One last year, in order to digest it in the right way and make the right conclusions and come back this year, clearly being in a position to make the next step.

“And I can clearly see that also in terms of personality character that he’s made the next step, which is also normal for these young guys.

“It’s also what you would expect from these guys, because they need to make these steps in their early years if they want to become top drivers.” 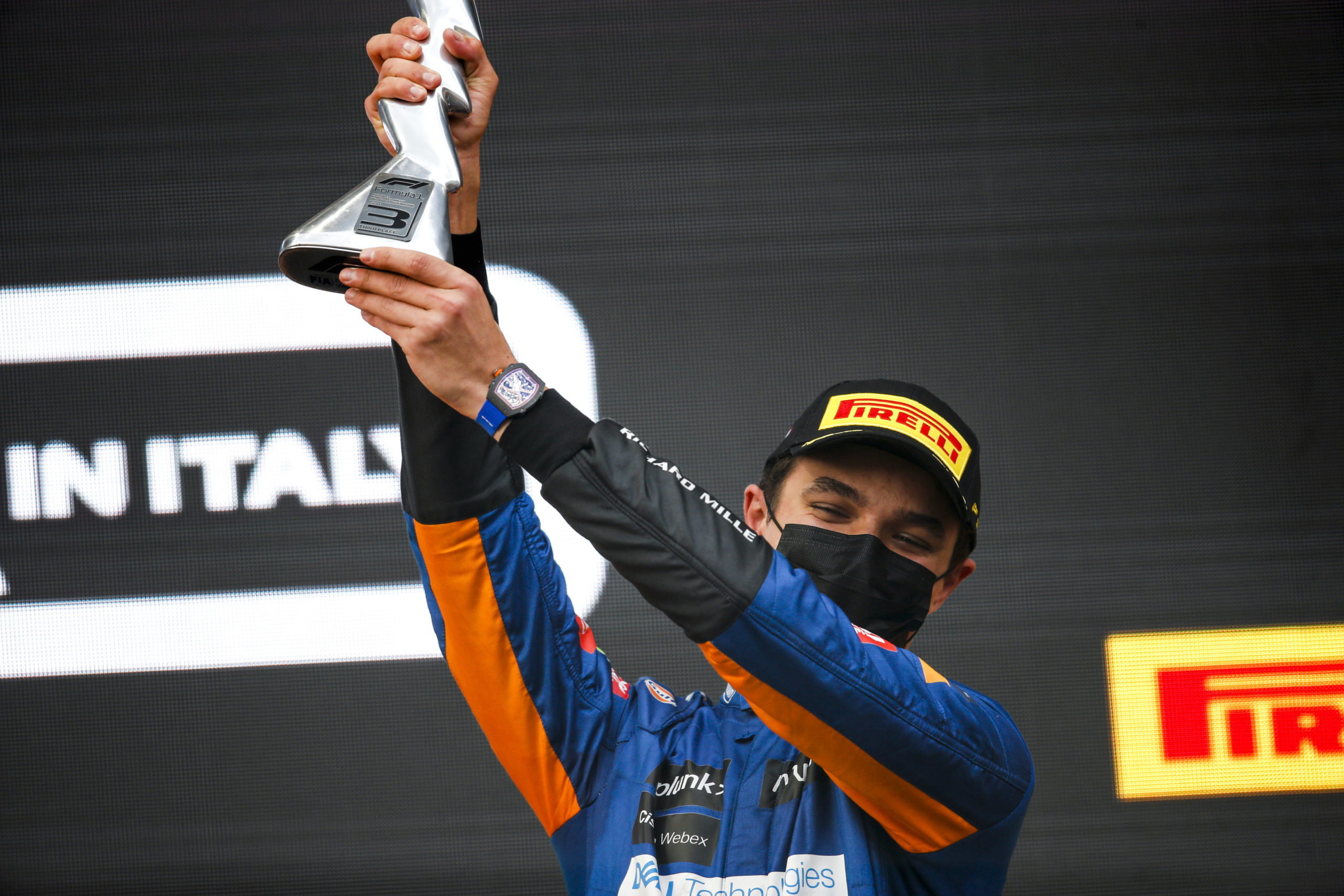 From Norris’ perspective, he reasons his current form is a result of understanding how to extract the best from the McLaren MCL35M.

“I think the car’s suiting me a little bit more,” he said.

“It’s not like I’ve been on it all year, really; qualifying in Bahrain, I didn’t do a good enough job just because I was driving the car too much like last year and not readapting to this year’s car.

“I was implementing last year’s learning into this year, and that wasn’t a good thing.

“It’s good that I did that, but this car is slightly different and it doesn’t like to get driven that way.

“I think the qualifying performance [in Imola], apart from the end, was a highlight in terms of the progress from Bahrain to here in just learning the car, unlocking its potential, knowing how to drive it.

“It can make a huge difference.”

Seidl is now looking to his young charge to perform at that level regularly.

“I’m obviously very, very happy with what I’ve seen so far from Lando this year,” he said.

“[It’s] super important now to pull this off, like the first two races, weekend by weekend, which is a big challenge for a Formula One driver because the season of 23 races is very, very intense.

“Also, the sun is not always shining. You will not always have these great moments that we could experience again in these first two weekends.

“Then it’s important to stay focused, keep the positivity up, the energy level up, and pull it off again next session.”

McLaren holds down the same spot in the constructors’ fight, trailing Mercedes and Red Bull while holding a slender seven-point advantage over Ferrari.

Formula 1 is next in action at the Portuguese Grand Prix next weekend.