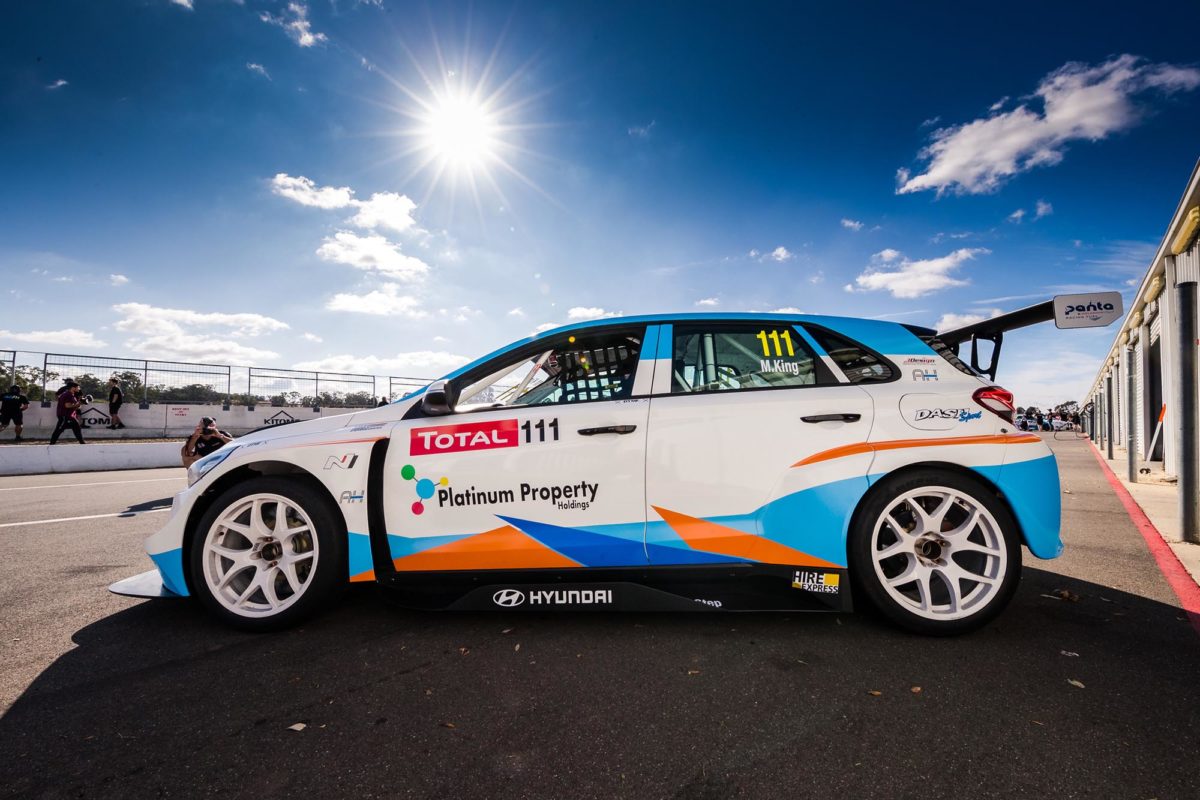 It comes after Duvashen Padayachee’s return to the grid at Sydney with HMO Customer Racing was confirmed, adding to the team’s regular i30 N TCR drivers Nathan Morcom and Josh Buchan.

King’s privateer effort, confirmed this morning, takes the total number of Hyundais to four ahead of the upcoming round.

A Sydneysider himself, King purchased his car 16 months ago ahead of the start of the 2020 season, which would ultimately be scrapped due to the COVID-19 pandemic.

Electing to sit out of the first three rounds of 2021, King’s programme has largely been on ice until now.

HMO were on-hand to provide support at a recent test day, with the Hyundai turning wheels for the first time in a competitive form at the SMP round on April 30 to May 2.

“Our expectation is just get in there and have a crack, and hopefully we get a reasonable result from it,” said King, a former state-level Improved Production Car driver.

“It’s my home track. I’ve raced there for years in Improved Production and Production Touring Cars.

“We had success at that circuit in our (Mitsubishi) Evo, so we certainly know what way the track goes.

“I’ve done some testing of the TCR car at Sydney Motorsport Park too, just trying to get familiar with the car.

“But none of that is not going to give me a leg up in this category. There are some great drivers and teams, but you know, we’re going to have some fun and see where we fall fit in.”

Despite having a lot to learn, King says HMO’s assistance and the recent testing miles set him up well for the upcoming round.

“The guys at HMO came and helped out and they were absolutely fantastic,” he said.

“Nathan and a couple of their crew were there, and they were awesome. I got out of the car and for the first time, I felt like I could drive the car.

“The cars certainly require a different style to what I’m used to, and they really helped me get the most out of it. I can’t thank them enough for that.”

Round 4 of TCR Australia forms part of the Shannons Motorsport Australia Championships at SMP, which boasts a nine-strong category bill.