Carlos Sainz at the wheel of a Ferrari SF71

Ferrari’s upturn in form thus far in the 2021 Formula 1 season has been largely attributed to better correlation between the track, simulator, and wind tunnel.

That’s the assertion of team boss Mattia Binotto as his squad sits fourth in the constructors’ championship with 34 points, having scored only 131 in total last year.

The 2020 campaign saw Ferrari slump to its worst constructors’ championship result in 40 years, netting only three podiums across the 17 races.

After two races this season, neither Charles Leclerc or Carlos Sainz have banked a podium.

However, the pair have finished in the points in both Bahrain and Imola, logging a fourth and fifth place finish last weekend.

“I think that the relief is to see that we are developing in the right directions,” Binotto said.

“I think it is important to see that simulations, wind tunnel, at track now are correlating certainly better than what it was in the past, and that gives confidence in the tools, and our design capacity for the future.

“That, I think, was the most important and I think in that respect it is a relief.” 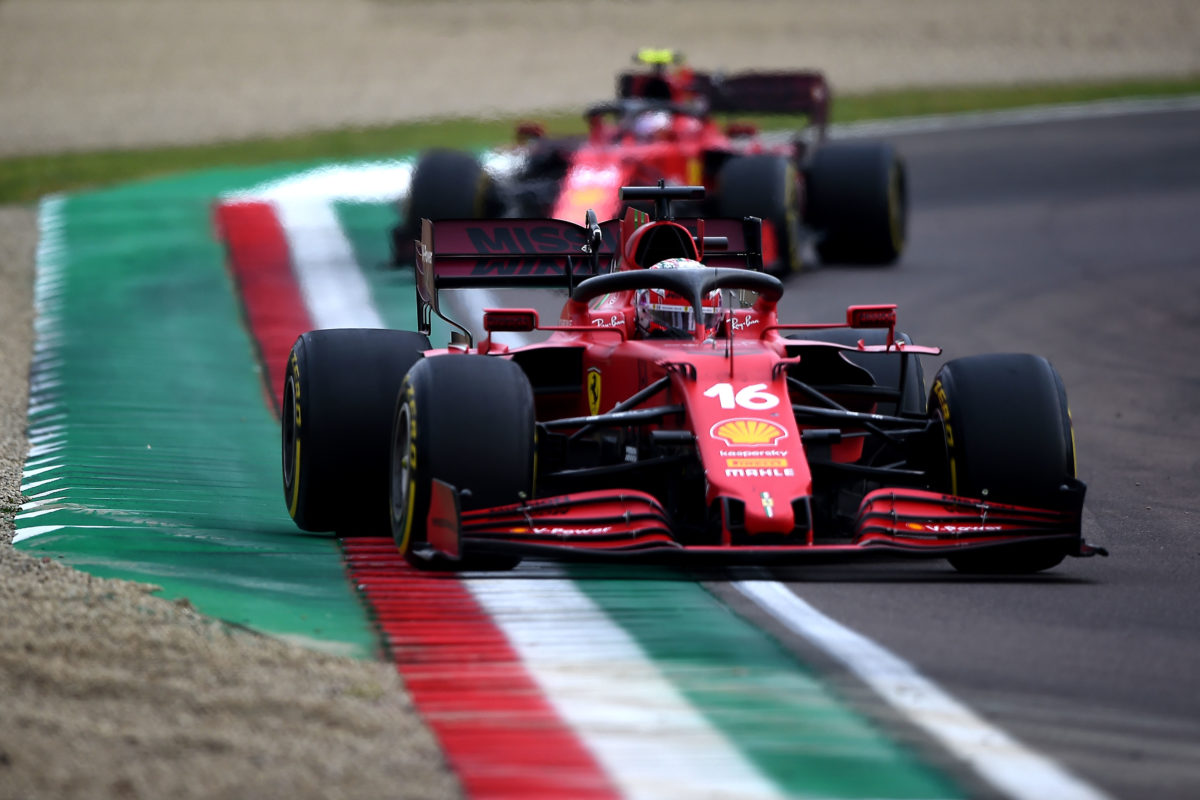 Ferrari developed a new power unit for the 2021 season, the 065/6, which afforded the Scuderia’s design office the opportunity to make aerodynamic improvements.

The airbox and rear end of the SF21 have been shrunk allowing for a cleaner airflow to the rear wing.

“The fact that the car is performing better, so that we can have a better result at the end of the race weekend, is important,” Binotto said.

“We often said that our performance of last year was not somehow acceptable for a Ferrari brand, so we knew that these areas are important for us still, showing developments in all the areas.

“So again, I think the performance is certainly a relief.”

The 2021 F1 season continues with the Portuguese Grand Prix next weekend (April 30-May 2).