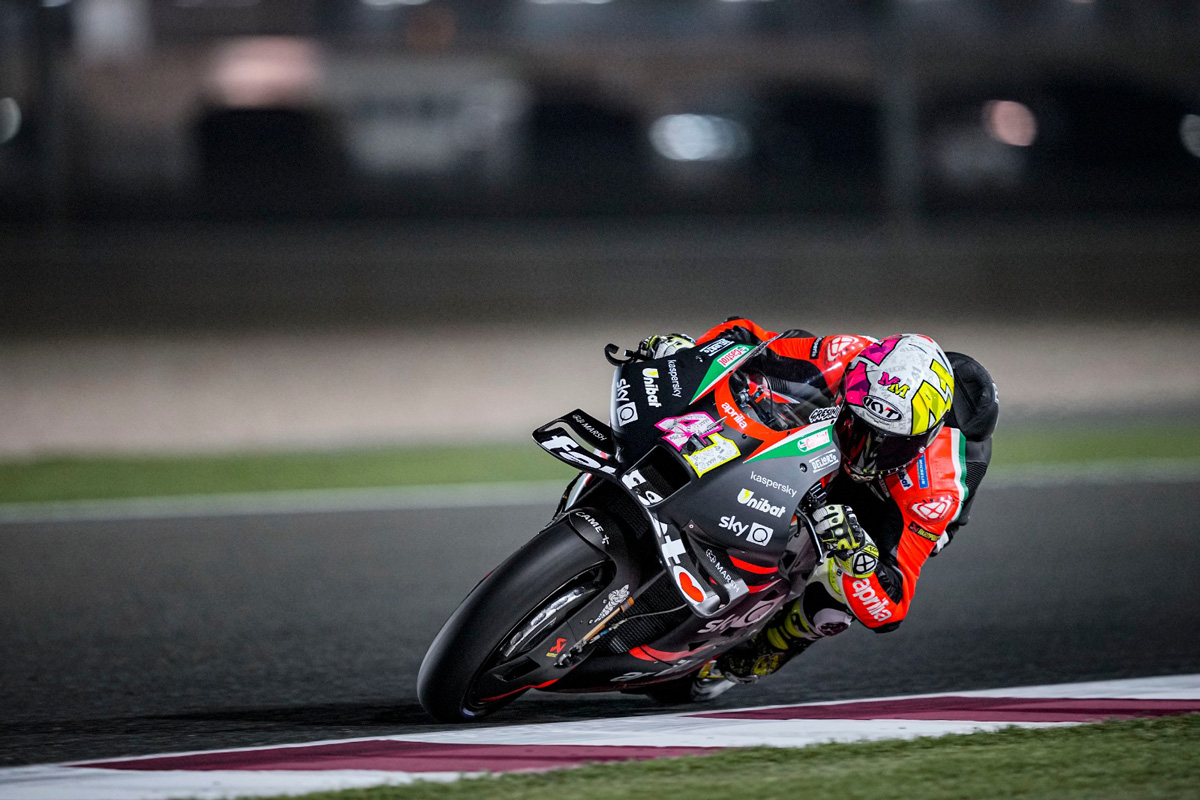 Aleix Espargaro says Aprilia showing an upturn in form so far during the 2021 MotoGP season in the wake of team boss Fausto Gresini’s passing is “not fair”.

Gresini, a long-time leader of the Aprilia MotoGP outfit and a double 125cc world champion, passed away in February after a lengthy battle with COVID-19.

The wider racing community has carried tributes to the Italian, including a minute of silence before the Qatar and Portugal MotoGP races and Formula 1 doing the same in Imola, Gresini’s hometown.

The upturn in form from Aprilia with its RS-GPs, which carries its late team boss’ name, makes Espargaro “angry” that Gresini is not there to share the celebrations.

“I’m proud about what we are doing, I believe he is watching,” Espargaro said.

“But I feel very sorry because it’s my fifth season here and why does it have to be the season that I’m fast like this without him?

“It’s not fair, I’d really love to see his face after I arrive to the garage after a race like this.

“Fausto believed a lot in my potential. I think one of the team managers that believed more in my talent from a long time ago.

“So now I’m fighting at the top with his bike and his project but he’s not here, it makes me a little bit angry.

“But anyway, I’m sure what we did for him between MotoGP and Formula 1 is just one more example of how big Fausto was, how important Fausto was.”

Espargaro believes a podium is not too far away for Aprilia in 2021.

“I think step by step, the season is very long,” he added.

“We’re P6 in the championship, I fight in the podium group in the three races more or less and this gives me a lot of confidence.

“Step by step I will be able to improve my confidence and fight for the podium.

“Sincerely after the warm-up I was quite sure I was able to fight for it, but I had no grip due to the track temperature and I spin a lot.

“Anyway, I’m happy overall with my performance. To go top six in MotoGP with Aprilia is something important, but I think Jerez we can be even closer.

“So, step by step this year we will be on the podium, 100 percent, we will not wait till next year.”