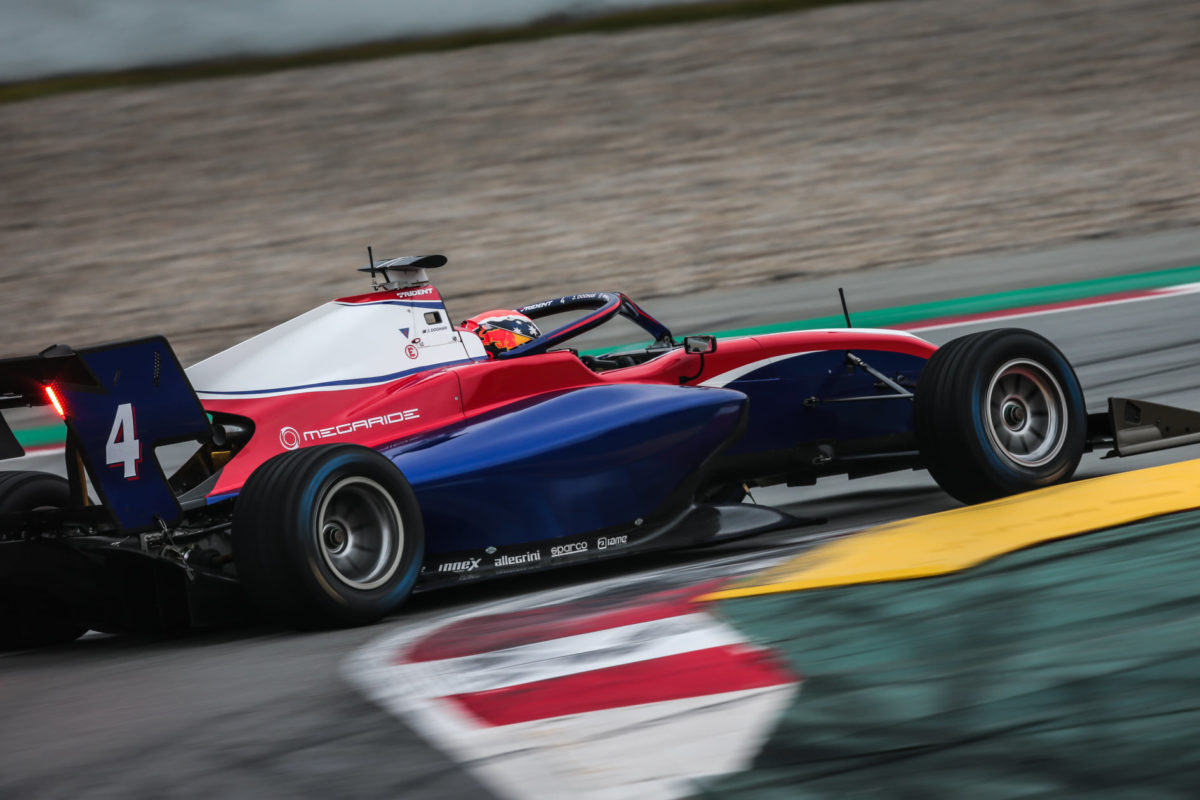 Jack Doohan and Calan Williams completed the final day of pre-season testing ahead of the FIA Formula 3 Championship at Barcelona with strong showings.

Trident driver, Doohan, picked up where he left off on day one, backing it up with a third place result overall on the final day of running at Circuit de Barcelona-Catalunya.

Rain threatened the morning session, with Trident sending its drivers out early on to bank dry laps.

Doohan sat atop the timing screens for a large portion of the session on a 1:31.803s.

Later on, ART GP’s Alex Smolyar and MP Motorsport’s Victor Martins both punched in quicker times, as Martins topped the overall times again ahead of Smolyar and Doohan.

Martins’ 1:31.636s stood as the best time of the day as the afternoon session was geared towards longer runs.

Nonetheless, another Australian in Calan Williams, laid down the quickest time of the afternoon putting his Jenzer Motorsport entry on top for that portion of running, having finished the morning 14th.

Williams’ 1:32.518s led the way followed by Hitech’s Ayumu Iwasa and Williams’ team-mate Pierre-Louis Chovet in third, while Doohan completed 54 laps focusing on race runs in 22nd for the afternoon.

There were two red flags in the afternoon caused by separate stoppages for Frederik Vesti and Dennis Hauger.

The F3 Championship returns to Barcelona for Round 1 from May 7-9.