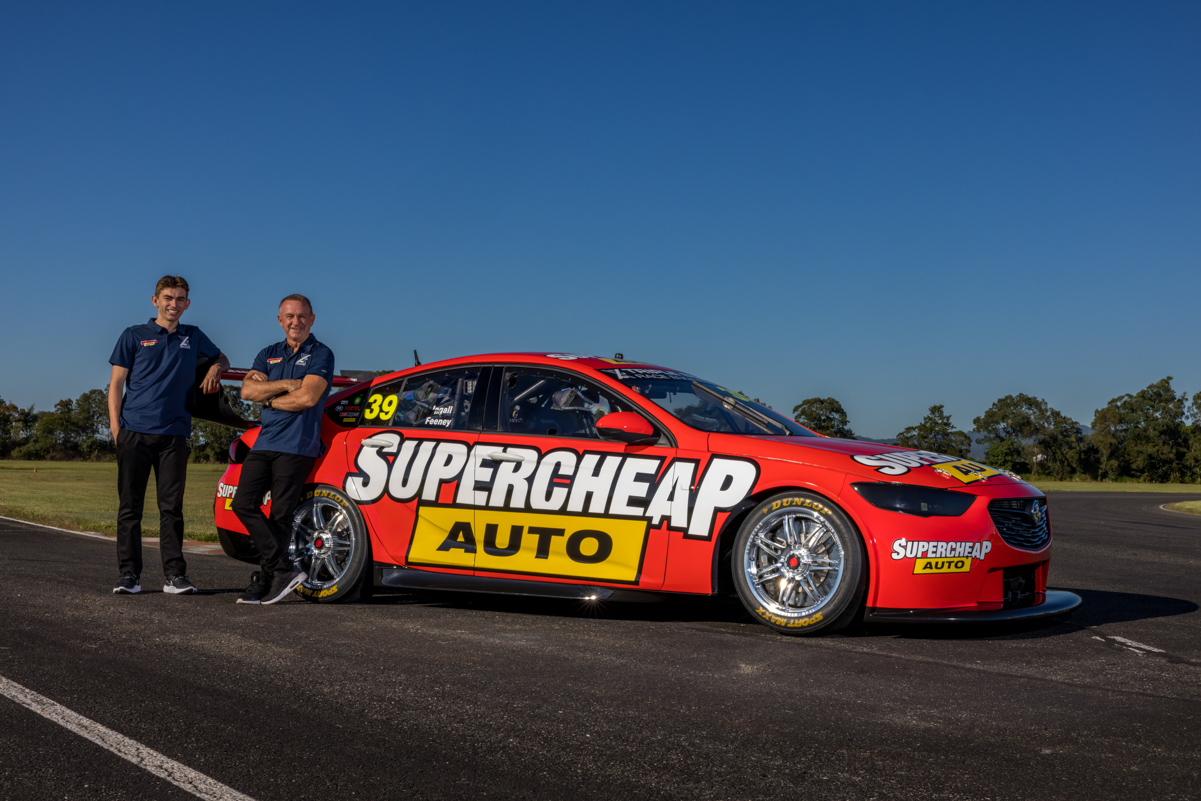 Russell Ingall is the 2005 Supercars champion who conquered the Great Race in both 1995 and 1997.

He’s done it all… so it begs the question, why now make a shock comeback at the age of 57 after five years out of the game?

“That’s why I didn’t give Roland [Dane, Triple Eight team principal] an answer straight away — it’s not like I went ‘yeah Roland no problems’, it was ‘let’s take a breath, I’ll think about it and get back to you’ for that very reason.

“I spoke to [wife] Julia about it and initially she thought it was a pretty dumb idea.”

But after a little more thought, Ingall was encouraged by taking the approach of having nothing to prove.

“I’ve never smoked in my life and never will, but stories you hear of people that give up smoking and put patches on and that, even after a few years you’re feeling like you’ve got to have another smoke.

“I suppose it’s a bit like that – when the packet is handed to you, you go ‘maybe I’ll just have one more’.

“We’re talking the biggest race of the year, one of the biggest motorsport events worldwide as far as touring cars go. It’s very rare you get an opportunity again to go back to that place and more importantly going there knowing you’re going to be in a very competitive car.

“We’ll be going there with good equipment and I suppose that’s one thing that attracted me – which doesn’t give you anywhere to hide either, by the way, but it’s an awesome place and I think it’s one of the few where experience does count.”

Ingall, who will co-drive in the 2021 Repco Bathurst 1000 with 18-year-old Broc Feeney in a Supercheap Auto-backed Triple Eight ZB Commodore, is adamant he can be competitive.

“At the end of the day it’s not like the lines are any different,” said Ingall.

“The pace is faster, I totally understand that and I’ve spoken with Shane van Gisbergen just the other week and he said the pace is very, very quick, and it’s pretty physical because of that.

“But nothing else has changed; corners are in the same spots, braking spots are still there.

“I’ve done a low six around there before in the Walkinshaw days when I went there with Jack Perkins, so I’ve done sixes around there and that’s all I have to do; it’s up to the other guys to do threes and fours in qualifying — race pace is sixes and sevens and I’ve done that.

Ingall will get a handful of opportunities to test the #39 Holden before the October 7-10 event.