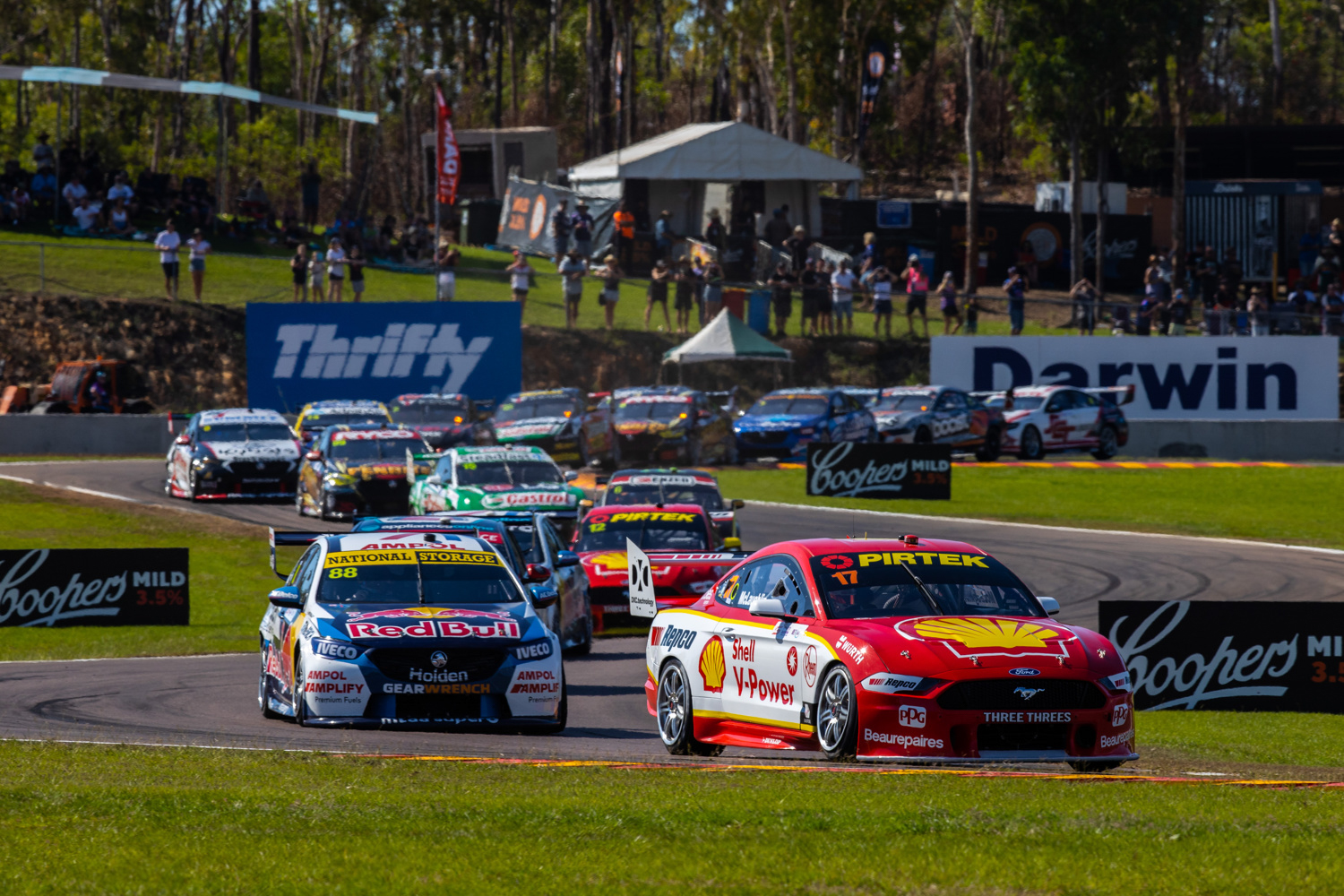 Supercars has confirmed it will revert to the traditional way of awarding the ‘Triple Crown’ at Hidden Valley Raceway this year in a newly expanded three-day programme.

Supercars will use the first method for its three-race weekend on June 18-20.

While Supercars typically hasn’t recognised round wins in recent years, last year’s Triple Crown was awarded to the driver who accumulated the most points over the three-race weekend, with Triple Eight ace Jamie Whincup taking those honours.

Ironically, McLaughlin then swept the Darwin SuperSprint a weekend later.

A multi-stage Qualifying will culminate in a Top 10 Shootout on Saturday before Race 15.

All three races will be 110km long and require one compulsory pit stop for a minimum of two tyres.

“The Merlin Darwin Triple Crown programme is on track to return as one of the most diverse on the Supercars schedule this year,” said Minister for Major Events, Natasha Fyles.

“Through the Students on Track programme there will be opportunities for young Territorians to see how their studies in subjects like maths, engineering, physical education, tourism and media studies can be applied in a motorsports event.

“This event is also an opportunity to showcase the Northern Territory nationwide via telephone broadcast.”

Organisers have announced the addition of Improved Production, HQ Holdens and Commodore Cup to its support card alongside the already confirmed Stadium Super Trucks and Australian Superbike Championship.

All categories will take to the track on Friday.

Supercars will also be supported by Nitro Up North, which will take place on the Hidden Valley Raceway dragstrip on Friday evening.

“This will be the 23rd year in a row NAMSC has been invited to field all their local racing categories to support this great Supercars event.

“As always, our field will do as much as possible to provide plenty of action on the track from the Improved Production, HQ Holdens and Commodore Cup categories.

“The combination of these three categories on track together, with such a diverse variety of vehicles, means there is always something going on.

“We can’t wait for this event. Local cars, Supercars, Superbikes, Drag Cars, Stadium Trucks, live music all in the one location over three days will be unreal.”