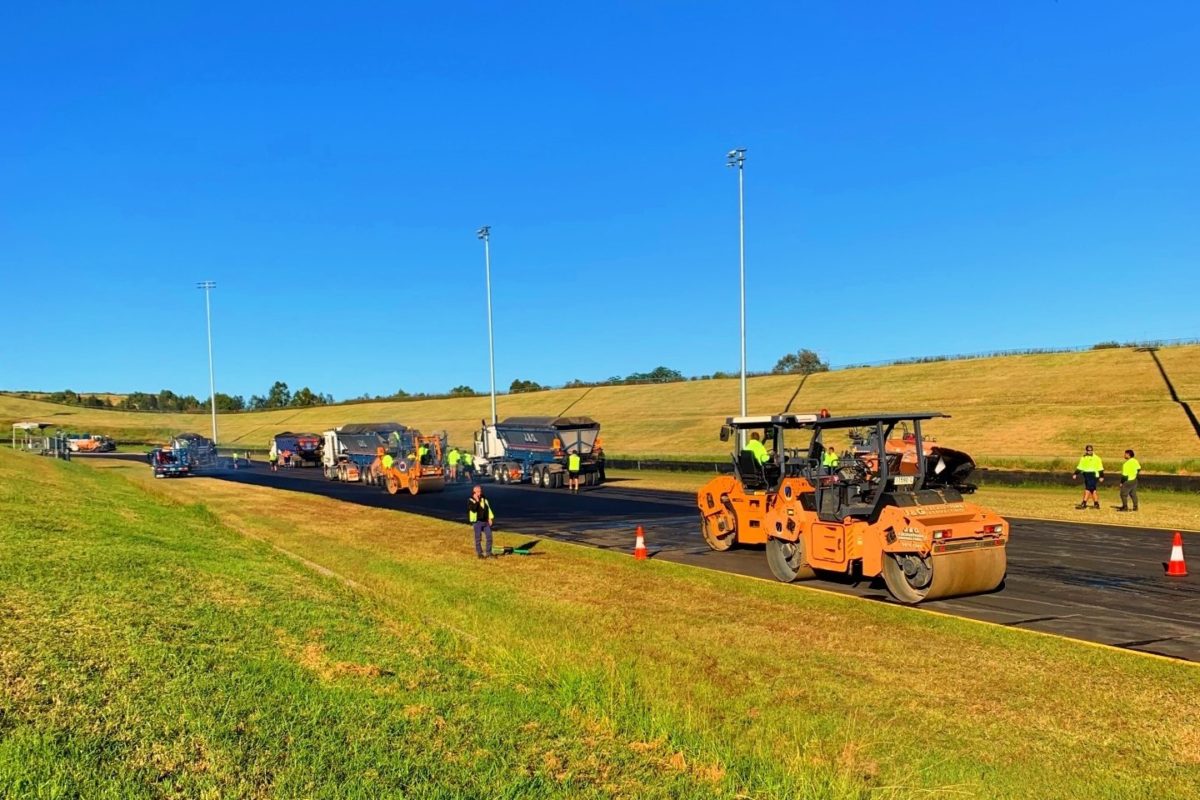 Resurfacing is underway at multiple areas of the circuit at Sydney Motorsport Park.

Turns 2, 3, and 5 will all have a new layer of tarmac, according to an announcement on the Western Sydney venue’s social media channels.

“You’ll be happy to know that Turn 2, 3 and 5 are getting resurfaced.⁠

“We’ve had to wait for clear skies to get this done, but the good news is the track will be ready in time for this weekend’s MRA State Championship Round and the Shannons [Motorsport Australia Championships] next week.

The work continues the pattern of regular, staged improvements at Sydney Motorsport Park, which is operated by the Australian Racing Drivers’ Club.

Turn 1, alternatively known as Moffat Corner, was resurfaced in the 2017/2018 off-season, at which time there were also improvements to Turn 7 and internal roads.

Brabham Straight (main straight) was relaid in early-2019, as was pit exit, before 132 light towers were installed last year.

The first race meeting to use fully permanent lighting was held that November, and it is understood that Supercars would have run part of its 2021 pre-season test at night until it was split up and moved to Queensland Raceway and Winton as a result of border restrictions arising in response to the Northern Beaches COVID-19 cluster.

The Repco Supercars Championship will, however, race after sunset at ‘Eastern Creek’ when the Beaurepaires Sydney SuperNight takes place on August 20-22.

Before then, the lights will also be switched on during the aforementioned Motorsport Australia Championships event, a necessity given it features almost 30 hours of track action from April 30-May 2.

Meanwhile, work is ongoing just to the south of Sydney Motorsport Park on the new Sydney International Speedway, a facility approved due to the compulsory acquisition of Valvoline Raceway (formerly Parramatta City Raceway) as part of the Metro West rail project.