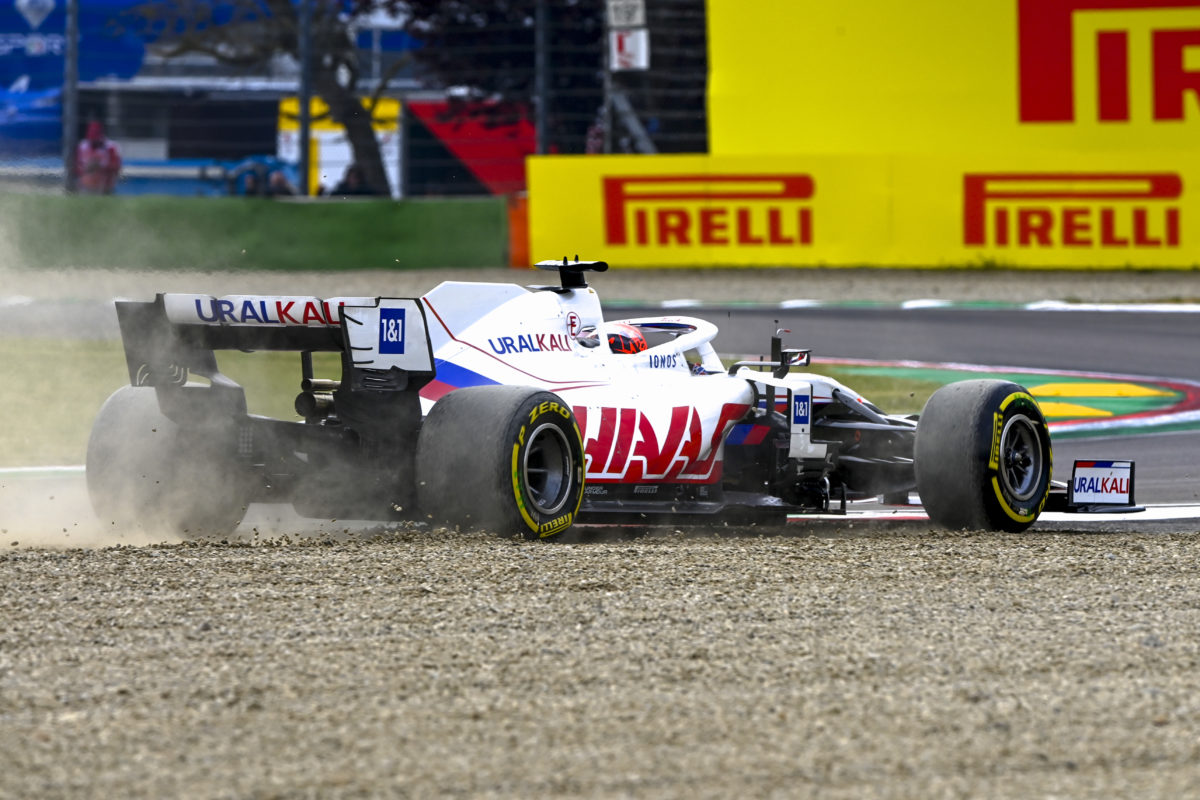 Nikita Mazepin off track during the Emilia Romagna Grand Prix

The Russian joined Haas for the 2021 campaign and has quickly developed a reputation after a number of off-track excursions during the first two race weekends.

His Bahrain Grand Prix lasted only until the third corner before he crashed out, while in Imola last weekend he found the wall during practice.

During the Emilia Romagna Grand Prix itself he had contact with Nicholas Latifi which saw the Williams driver spear into the wall on the run between Acque Minerali and Variante Alta – though that was a case of the Canadian moving over on Mazepin.

“At some stage they need to be reduced but he’s trying very hard and I guess he’s trying sometimes a little bit too hard,” Steiner said of Mazepin’s errors thus far.

“But he needs to find that limit but it’s for him to find, not us.

“We can help him doing that but it’s one of those things, as I’ve said before, learning is painful.

“At some stage that will hopefully stop and they will be in a good place.” 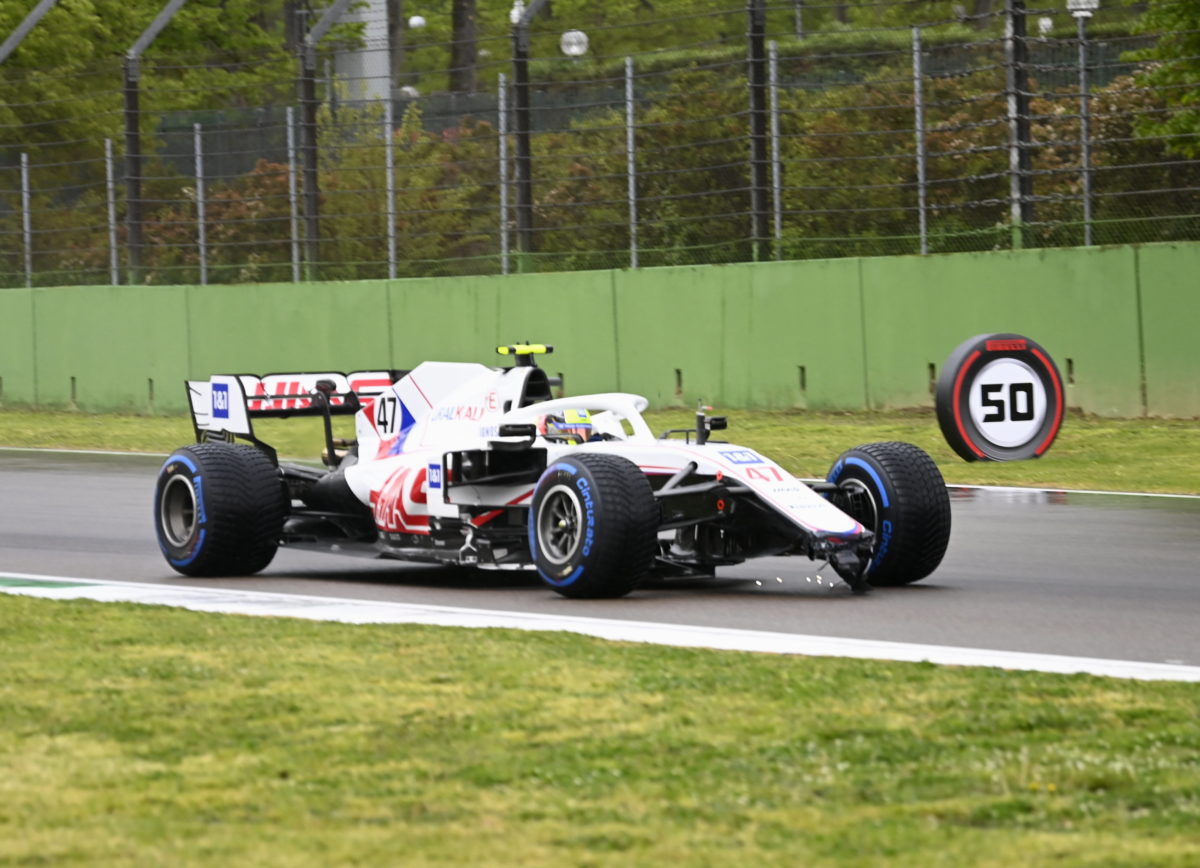 Mazepin’s team-mate, Mick Schumacher, has also blotted his copy book with a spin during the Bahrain Grand Prix.

In Imola, the German lost control on the front straight while warming his tyres in slippery conditions, knocking the front wing off his car in the resulting impact with the barrier.

Aware of the challenges his drivers face, Steiner has no firm concept of how many was too many when it comes to incidents on track, or how long the learning process would take.

“In Bahrain I would say what they had to learn is also the wind conditions in Bahrain were very rough and our car was already last year very bad in windy conditions, so just to understand that, it cost us a few spins – and Mick had one in the race as well.

“Obviously we are not planning to spin the car but on the other side, it’s part of it, of the learning.

“So, I don’t want to put a number or time on anything. This will sort itself out, in my opinion.”

Haas is currently one of three teams yet to score a point in 2021, along with Williams and Alfa Romeo.

For the Emilia Romagna Grand Prix it had a modest development package, the last time its car will receive updates for the remainder of the season.