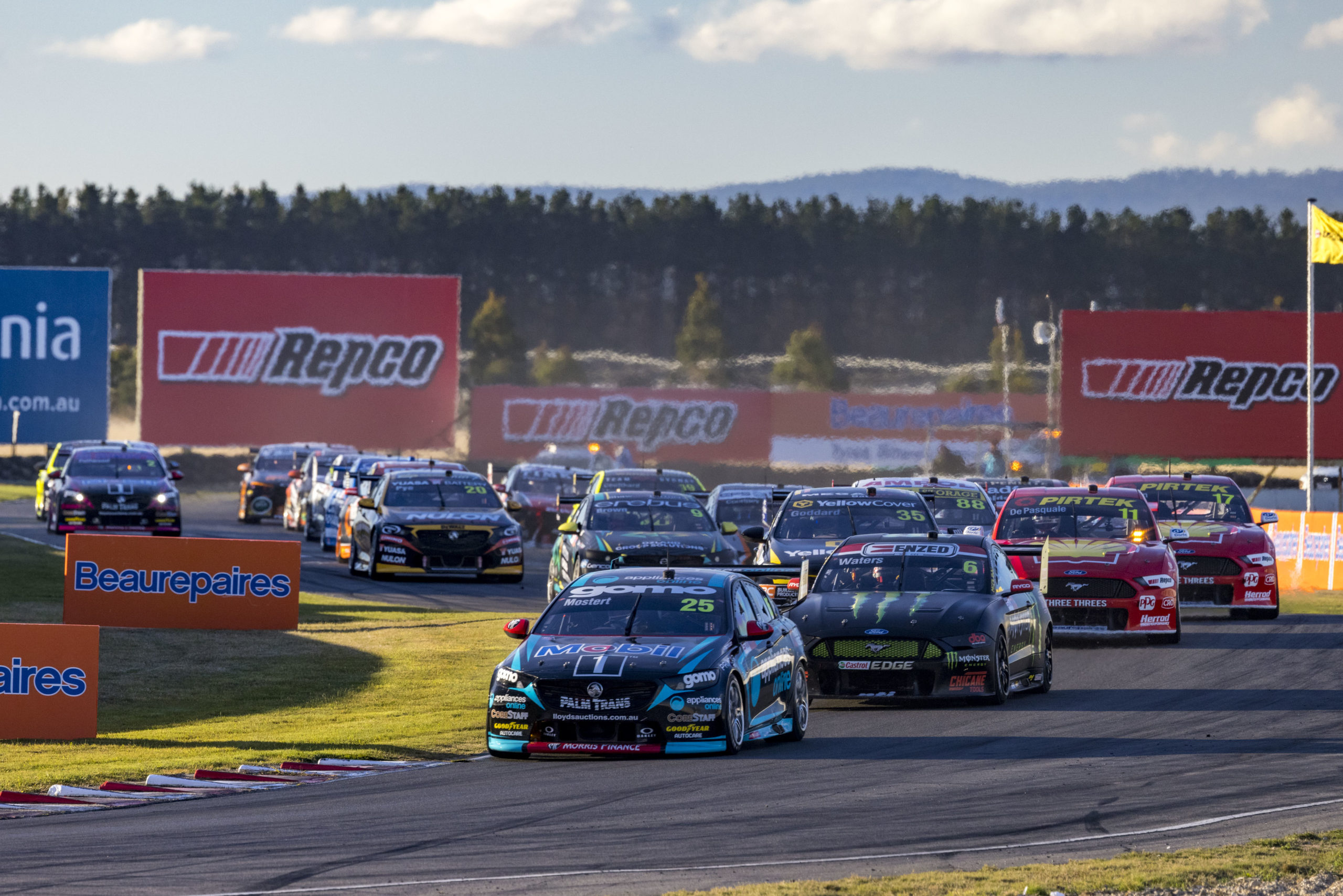 It’s been two years since Supercars last raced at the Apple Isle after the coronavirus put paid to last year’s venture to the championship’s southernmost circuit.

There was plenty to talk about on the track and off it at Symmons Plains International Raceway.

In this edition of Standouts, Shockers, Surprises, we look at all the big talking points from the Tasmania SuperSprint. 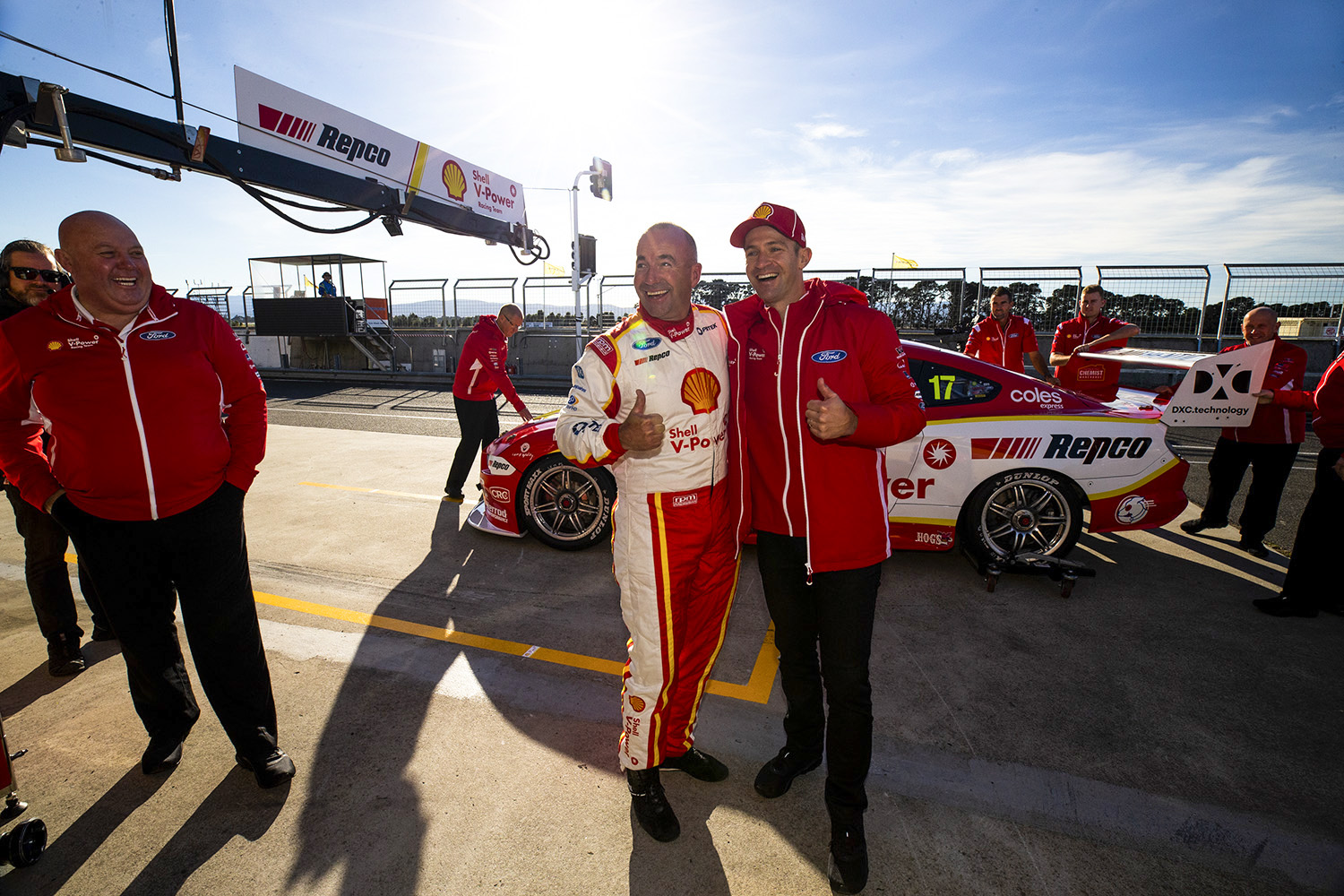 It was pretty evident that those at home relished the addition of Marcos Ambrose to the Supercars broadcast.

Social media was ablaze with fans from both sides of the fence, Ford and Holden, enjoying what was a debut that drew plaudits from Supercars’ own.

The two-time champion was a sharp-witted pundit alongside mainstays Neil Crompton and Mark Skaife in the absence of Jessica Yates, who recently gave birth.

A cameo behind the wheel of a Dick Johnson Racing Ford Mustang capped off a whirlwind weekend.

Fans at the track lapped up Ambrose’s appearance too, though it was evident to see the 44-year-old was running on the rev limiter at times balancing the gig.

Let’s hope it’s not the last we see of him on Supercars television screens. 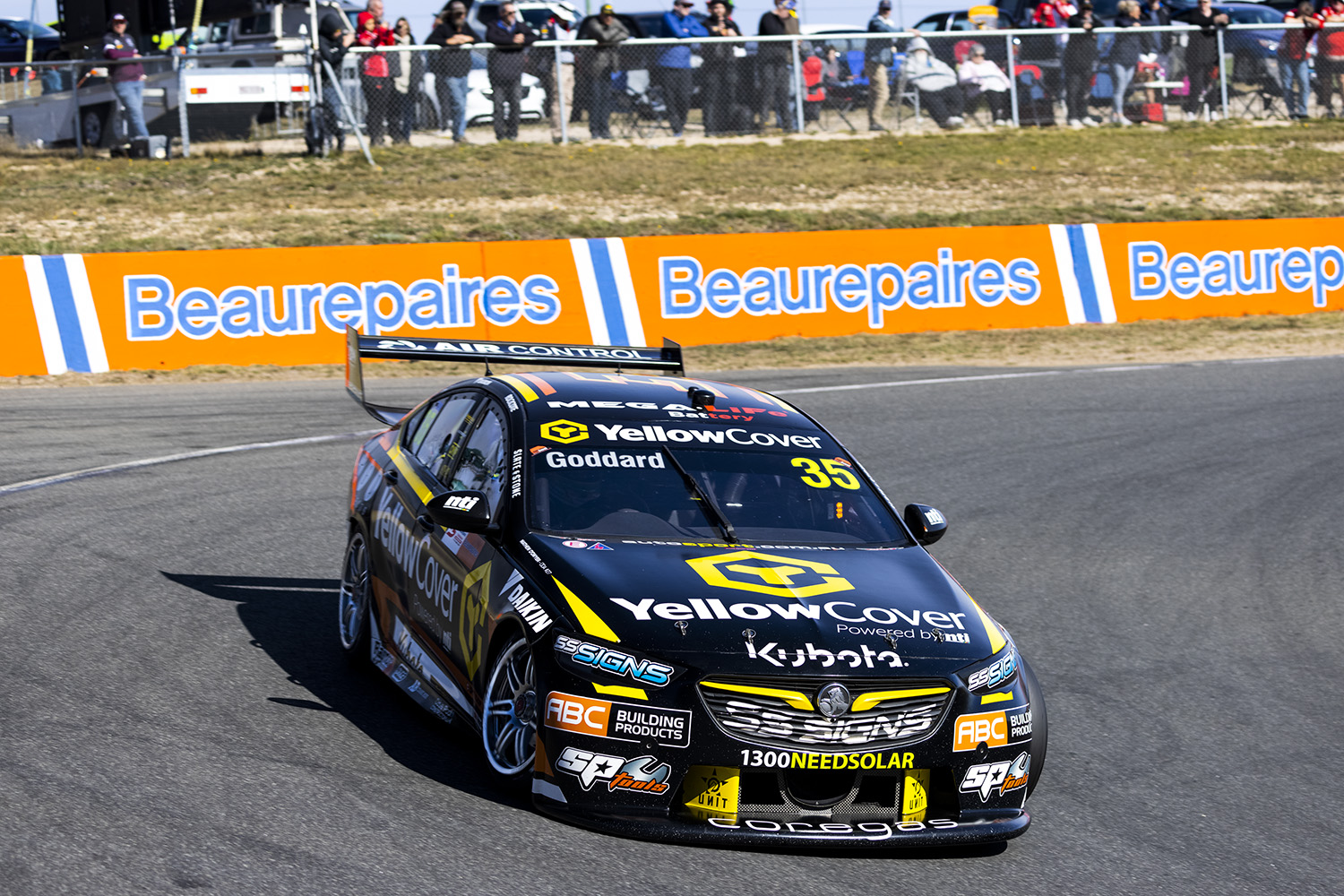 It was hard to find anyone with as big a grin as Zane Goddard on Sunday.

The Matt Stone Racing driver was beaming after a standout showing in qualifying for Sunday’s final race saw him line up in fourth.

Goddard held his own in the 44-lap finale, running solidly to seventh.

The 21-year-old was thrilled to finish ahead of experienced heads David Reynolds, James Courtney, Mark Winterbottom, and more established names.

A part-timer in 2020, the Gold Coaster has made the most of his transition to a full-time seat in 2021 early. 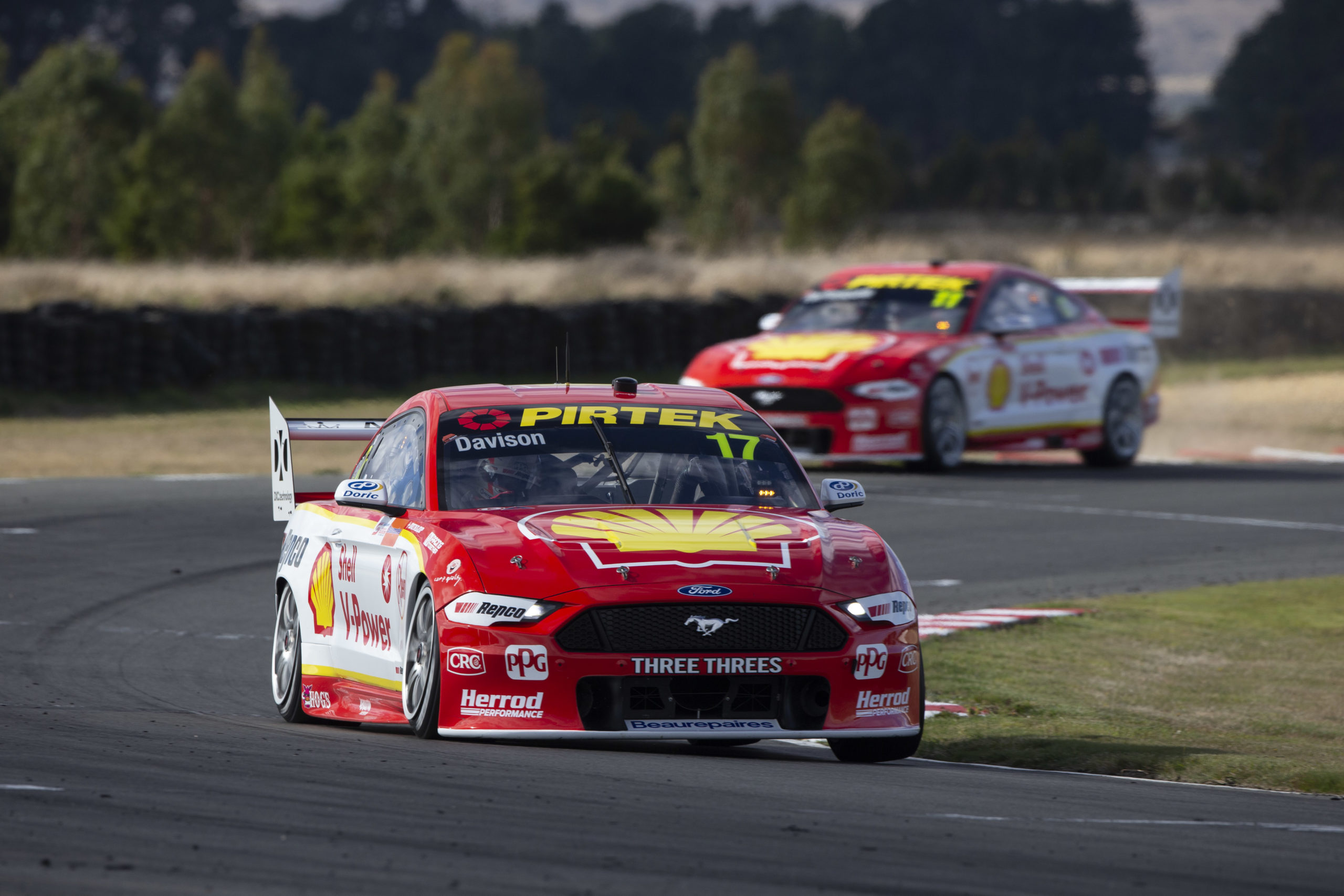 Dick Johnson Racing did the business in Tasmania

Dick Johnson Racing’s first double appearance on the podium was always going to be a case of when, not if.

Though, after a sluggish showing in Sandown it was a case of wondering how long we’d have to wait, with a fan backlash leading to three-time champion Scott McLaughlin publicly defending the team’s form.

The pair, who now lie fifth and eighth in the drivers’ standings, still have a long way to go to catch Triple Eight, but have put Dick Johnson Racing into second in the teams’ championship. 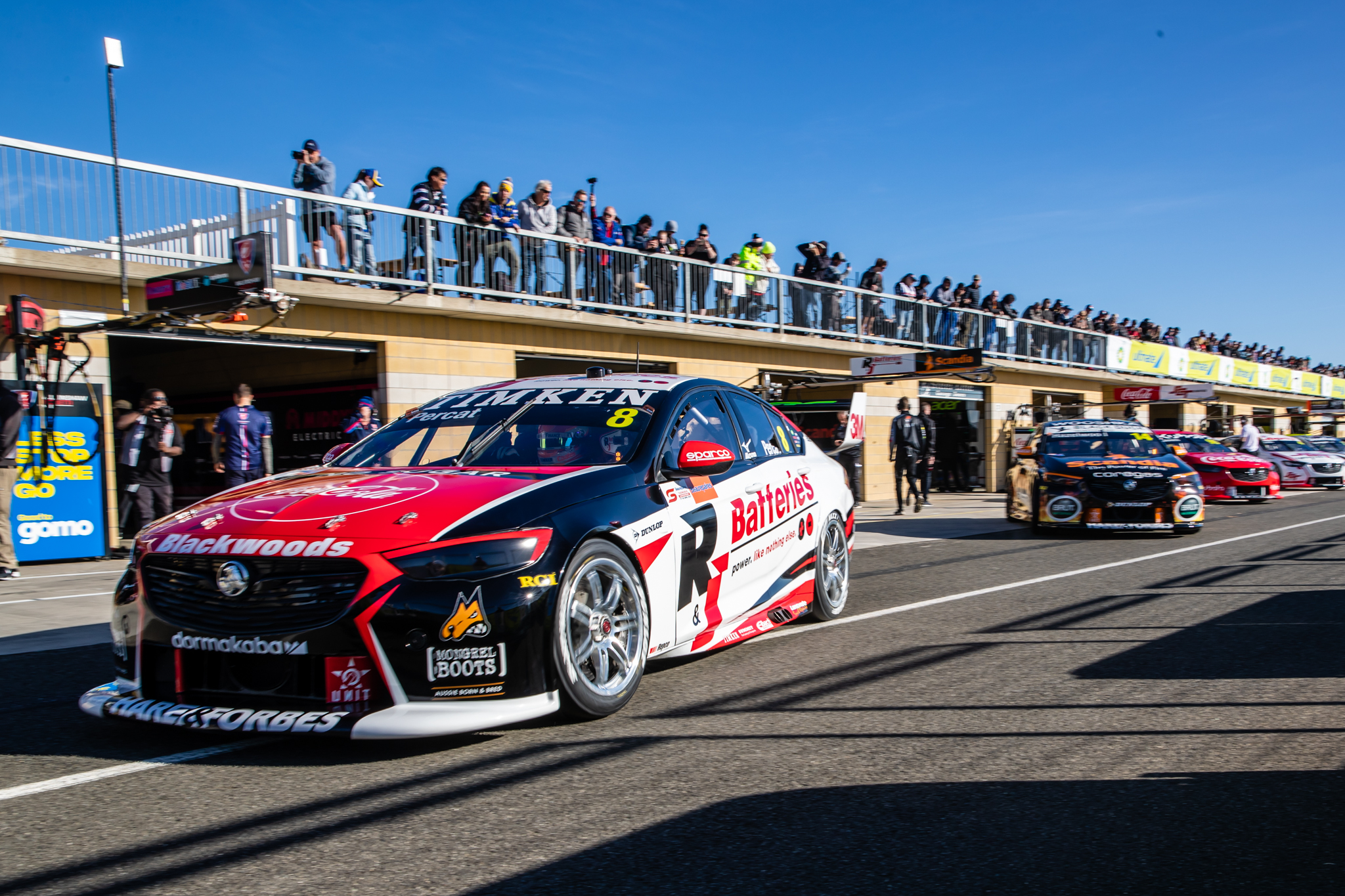 It was another weekend where Brad Jones Racing was left scratching its head.

Jack Smith was the team’s top qualifier for Race 6, cracking the top 10 for the first time in his career, though he was relegated to 13th after a penalty.

Their worst effort of the weekend saw them occupy four of the bottom five places on the grid for Race 8.

Percat and Hazelwood have made a habit of fighting forward, often ending the races in the mid-pack or on the fringe of the top 10.

But three rounds in, the Albury squad seem a long way from the 2020 form that saw them net two wins and two pole positions. 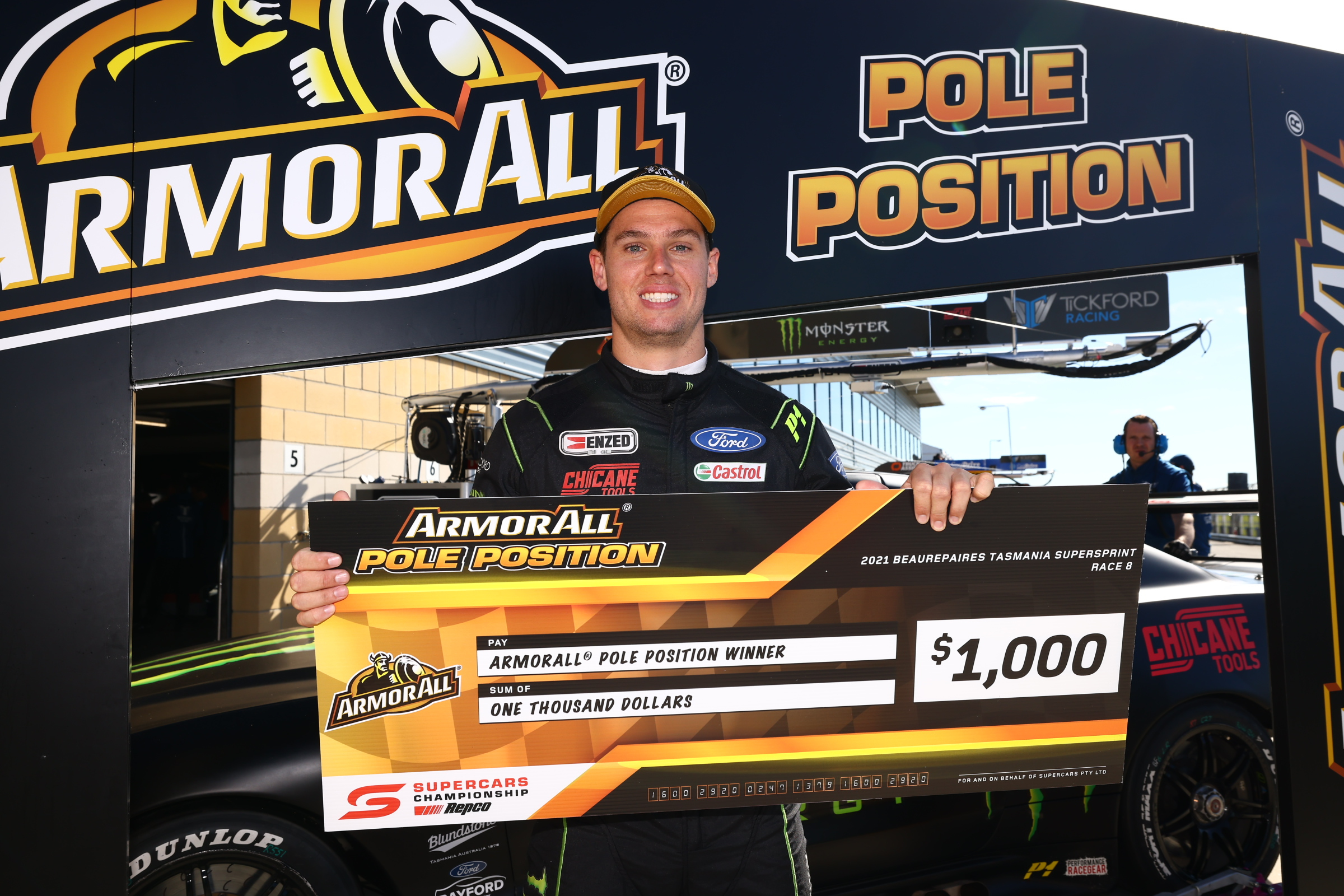 We won’t explain it again at length (CLICK HERE to get the low down), but when the voice of the sport has called the pole-sitter halfway through the session, then you know something isn’t right.

It seemed unnecessarily confusing at times, especially with different formats for Saturday and Sunday.

Some drivers suggested Supercars should go back to the all-in sessions and deal with the consequences of traffic.

It is a conundrum for Supercars though. Have an all-in session and traffic is guaranteed, leaving teams and drivers frustrated – OR – switch it up and risk confusing not just the audience. 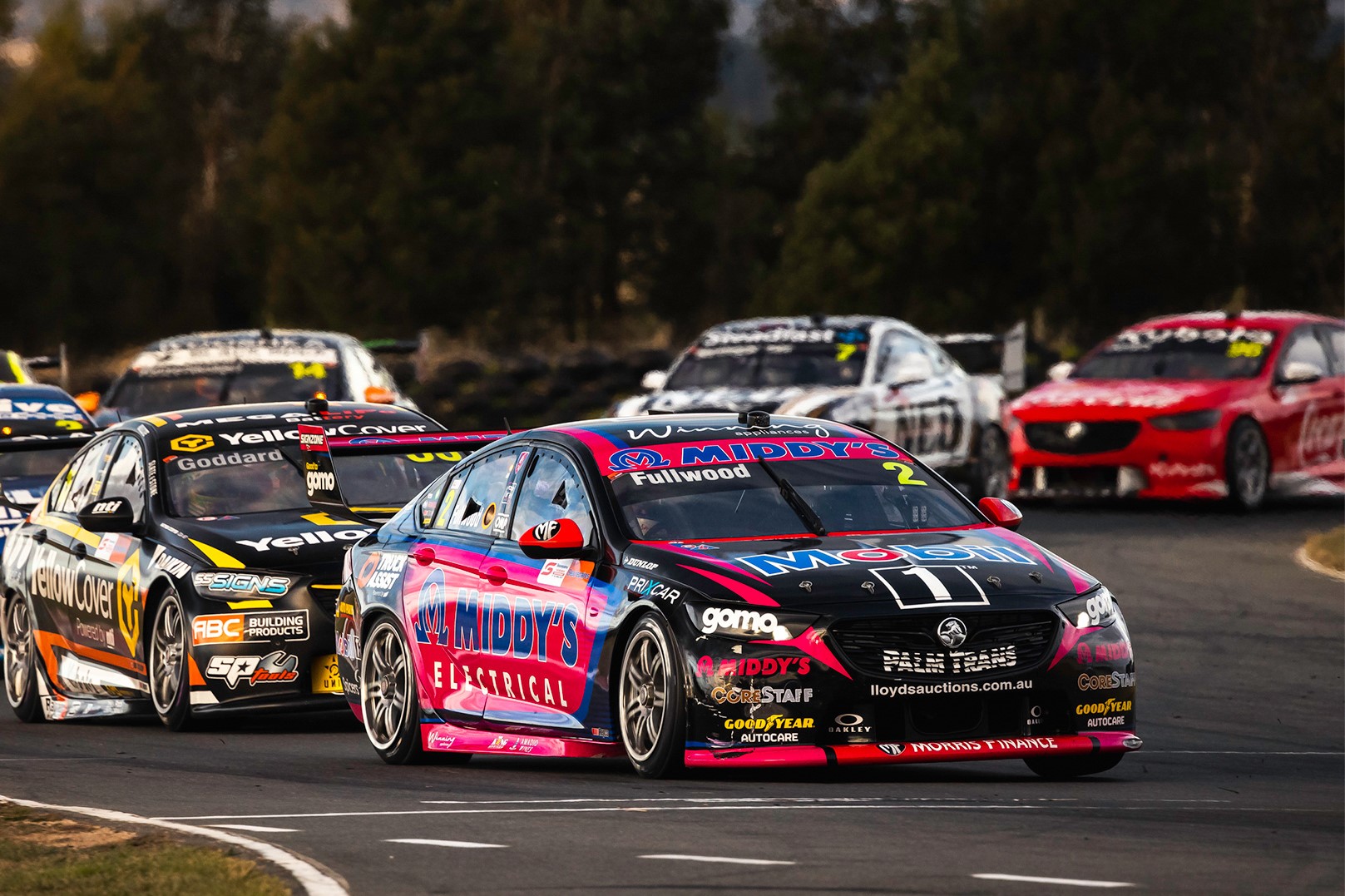 It’s no secret that form has well and truly deserted Bryce Fullwood in recent rounds.

While team-mate Chaz Mostert was kicking goals, clocking up his first win with Walkinshaw Andretti United, Fullwood was languishing at the back of the pack.

Finishes of 23rd, 17th, and 17th again were in stark contrast to Mostert who had finishes of fourth, sixth, and first.

Fullwood shouldn’t be bumbling down the back by any means, his opening effort in the Mount Panorama 500 evidence of that.

The 2019 Super2 Series winner should be helped by a rookie test at The Bend tomorrow to get back on track. 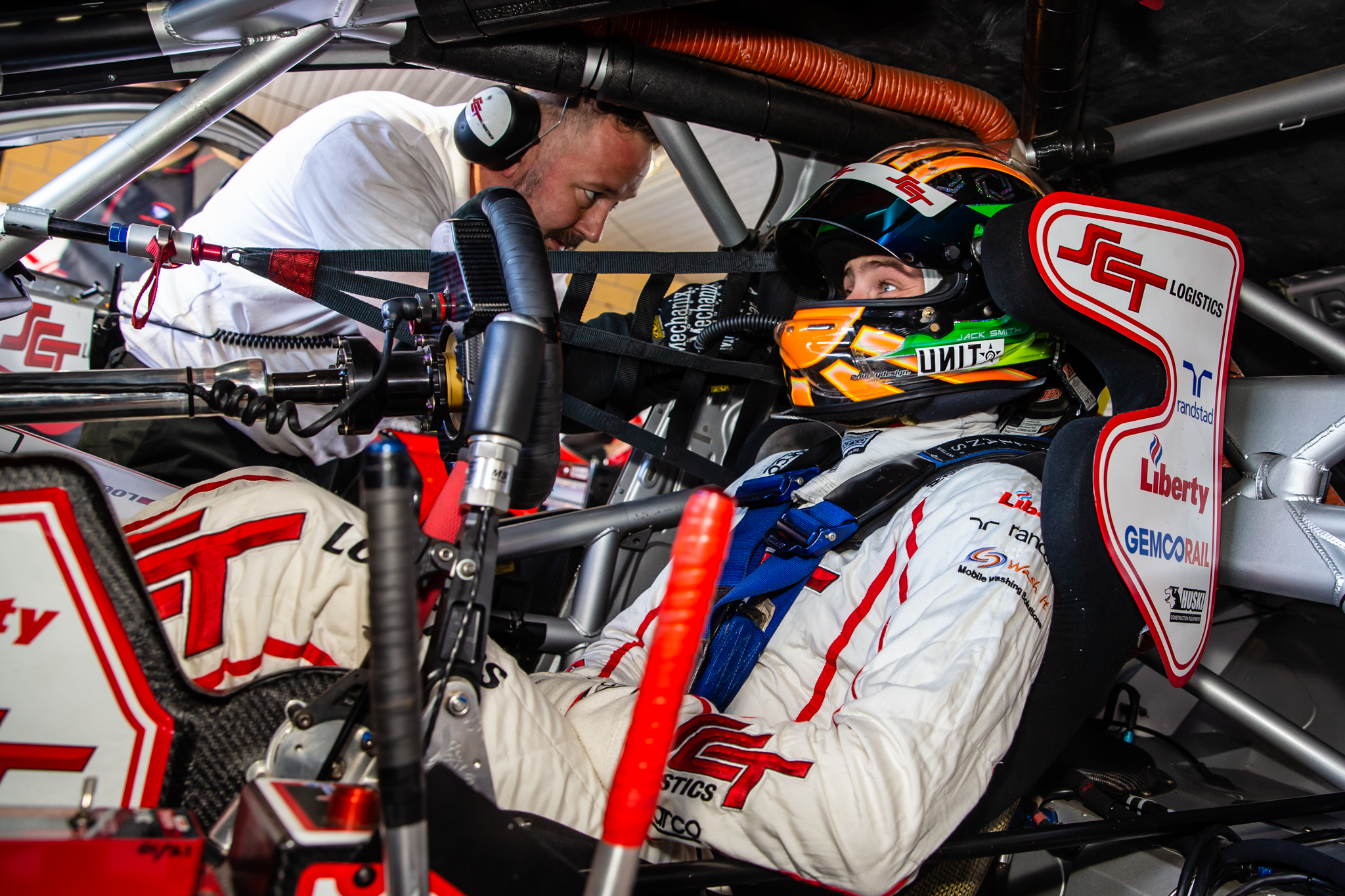 Jack Smith shocked the paddock with his qualifying speed

Jack Smith drew plaudits from drivers up and down the pit lane for his efforts in qualifying at Symmons Plains, and rightly so.

While his Brad Jones Racing team-mates struggled to make headway in qualifying, per above, Smith was the leading light for the Albury team.

A three-place grid penalty didn’t take the shine off a lap, which was good enough for 10th on the Race 6 grid. He’d actually shaped to be even higher than that, having been genuinely fourth quickest in the second segment of that qualifying session.

Smith would go on to claim a respectable 15th on Saturday afternoon, his best finish of the season, before again being the top BJR qualifier in Race 7. 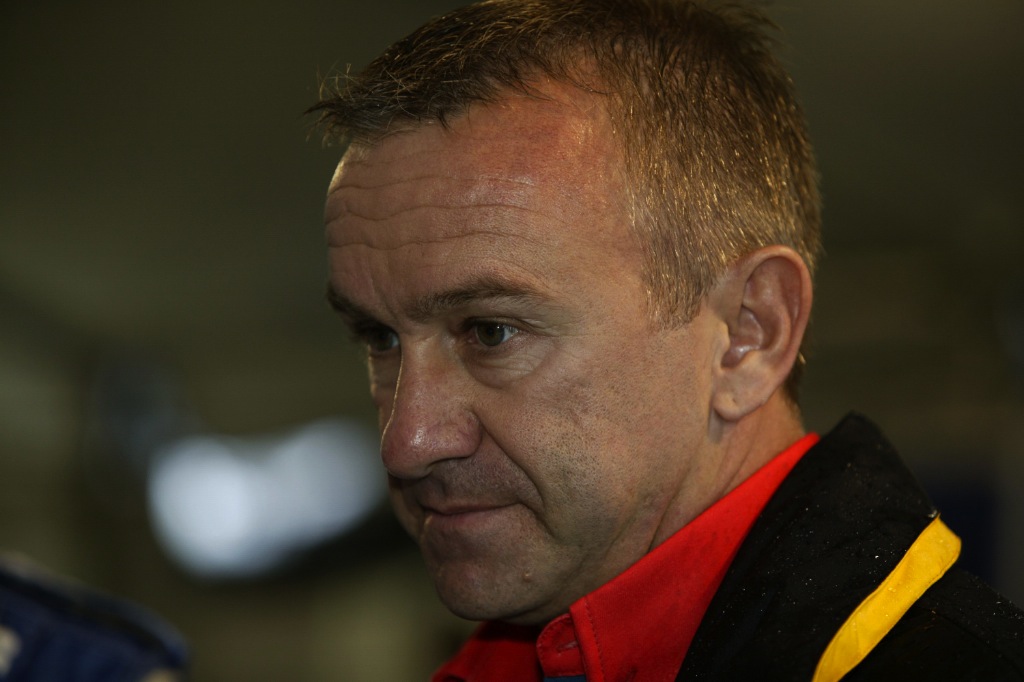 The Tasmania SuperSprint had a real retro feel to it with Ambrose on commentary, Paul Morris in the Stadium SuperTrucks, and Russell Ingall a late ring-in the show.

After Nash Morris withdrew due to back soreness, ‘The Enforcer’ got the call-up to take his spot in the jumpy trucks.

Ingall held his own, despite being out of the hot seat for a while. Could we see The Enforcer back on track again soon? 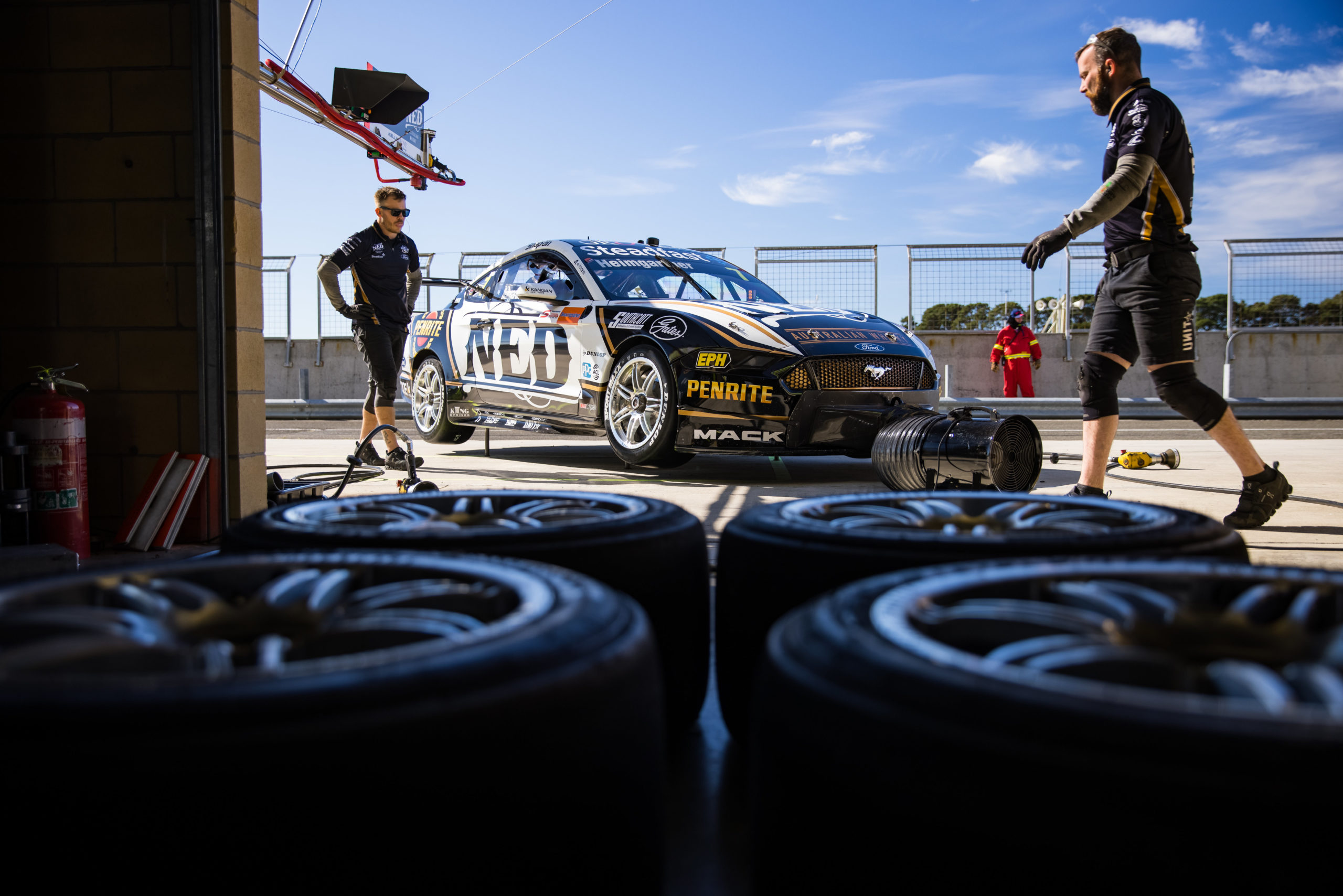 The mood in the Kelly Grove Racing camp was one of confusion when not one, but both of its cars stalled in Race 6.

David Reynolds would go on to finish 16th in that race while Andre Heimgartner was a lowly 22nd.