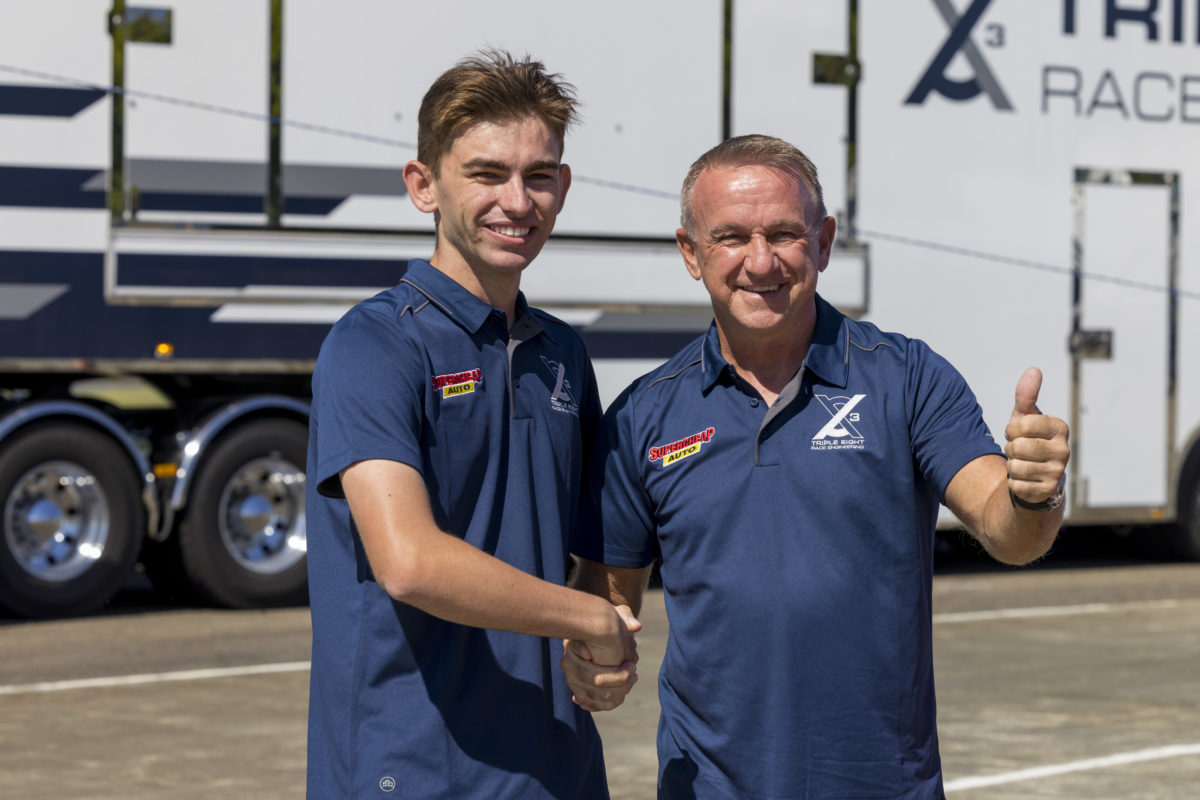 Russell Ingall admits he was shocked when Roland Dane first approached him over the phone about driving a Triple Eight Race Engineering wildcard alongside Broc Feeeney at the 2021 Bathurst 1000.

The announcement took place on Wednesday, just weeks after Ingall was initially contacted by Triple Eight team principal Roland Dane about the project.

When Repco seized the naming rights sponsorship of the Great Race from Supercheap Auto on a five-year deal starting 2021, it left a hole in the latter’s 24-year long presence at the iconic event.

As Triple Eight’s Super2 Series driver, Broc Feeney’s role was a “no-brainer” in the words of Dane, and from there the cards began aligning and the “pairing made itself”.

“It’s already been said, he’s a great young talent. We saw that last year, we saw it the year before obviously in Super3 as well, and he really showed at the Bathurst 1000 last year that he could be a very mature enduro driver.

“So one of the management team at Supercheap had an idea and put it to me and asked if we had a spare car, and funnily enough we did.

“It came about from then, developed from then. We looked around to see who should partner Broc, who we thought would be appropriate to try to bring some experience and I felt sorry for Russell as an old battler living on the Gold Coast,” he joked.

“So I gave him a ring but the reality is, he still is as competitive in his head as he has ever been and he will bring experience to The Mountain with Broc.”

The list of candidates to co-drive with Feeney had been long, including other young guns and international drivers, but the team ultimately settled on experience.

“So then it came down to locals; who was still competitive and could probably do it, knows Bathurst well and could teach Broc a few things about going racing,” Ingall told Speedcafe.com.

“That’s when my name came up. Roland called me and basically said, ‘are you interested?’ And I said ‘whoa’.”

Following the phone call Ingall took time to think it through, consulting his wife Julia, but the Gold Coast-native had “no self doubt”.

“I wasn’t expecting it obviously and it was totally left field and probably took a little while to sink in,” he explained.

“Most of the guys in co-driver positions now I was beating when I was still racing, so I’ve got no problems in being competitive with the other co-drivers, that’s for sure.

“To be honest I could be just as competitive as some of the main game drivers, again who I was beating when I was racing full-time right up to the end.

“I said I’ve got no dramas with switching the brain back into gear, back into racing in competitive mode, the only thing I have to work on is match fitness and general fitness.

“These are the exact words, I said, ‘mate if you’re asking me to do it next week I would probably turn it down because I’m not match fit’.

“But I’ve got six months to do it so in six months I’ll make sure I’m match fit — I can get testing in and other racing.”