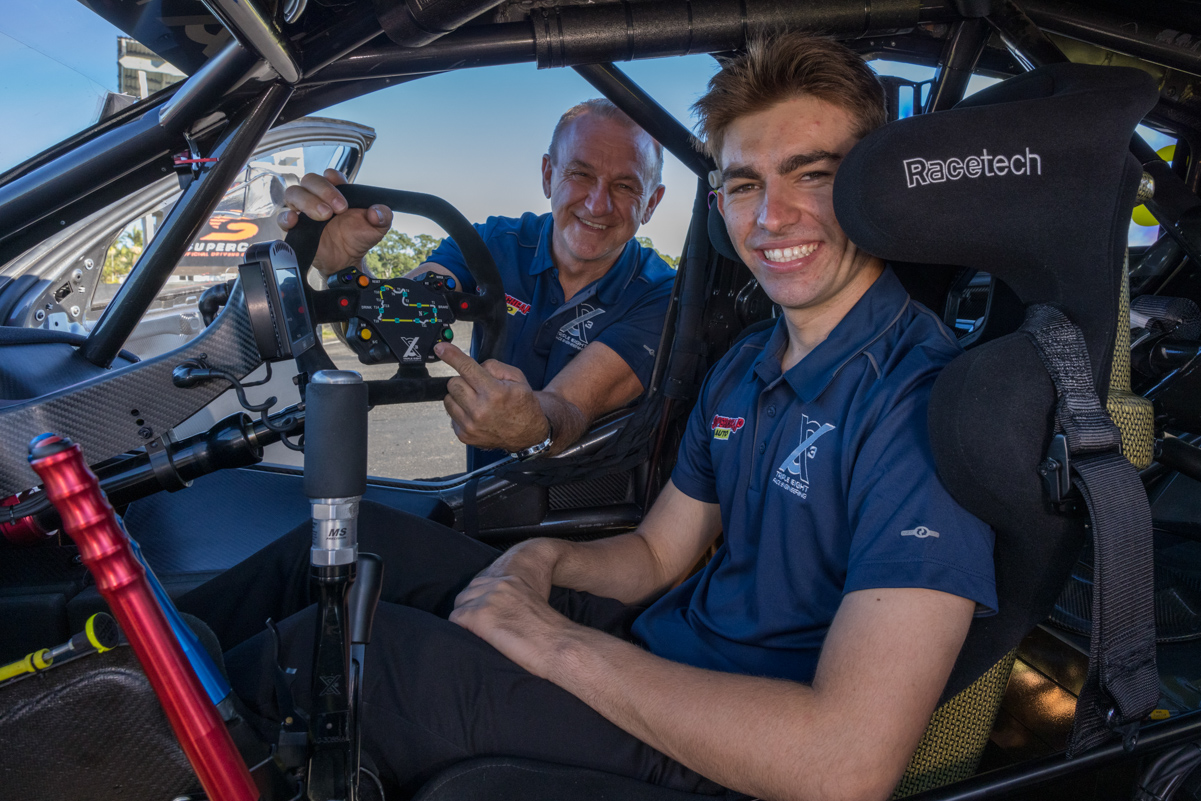 Feeney will be just shy of his 19th birthday when he makes what will be his second start in the Great Race, which 57-year-old Ingall has not contested since 2016.

Both, however, are well known to Triple Eight Race Engineering, and have experienced success at Mount Panorama.

Feeney switched to the Banyo team for his second season in the Dunlop Super2 Series, a relationship which began with a win in the opening race of Round 1 at Bathurst in February.

Ingall’s two Bathurst 1000 wins may have come with Perkins Engineering, in 1995 and 1997, but he has steered Triple Eight-built Commodores out of Paul Morris Motorsport and Lucas Dumbrell Motorsport.

In 2018, he drove one of Triple Eight’s own entries in a practice session at Queensland Raceway, almost 20 years after contesting the Super Tourer Bathurst 1000 in a Holden Vectra fielded by the original British incarnation of the team.

While Ingall’s only recent car racing experience is a handful of Supercheap Auto TCR Australia Series rounds in 2019, Dane drew attention to the commitment which ‘The Enforcer’ will bring to his latest gig.

“We welcomed Supercheap Auto as a valuable partner at Triple Eight this season and discussions about the possibility of a wildcard entry at Bathurst were always part of the mix,” explained the Triple Eight team principal.

“We did not know what that would look like, but I think the unique combination of youth and experience with Broc and Russell will not only turn plenty of heads, but will be competitive.

“Russell will get as much time in the car as we can get him during the year and you know there is no one who would take such an opportunity as seriously as him.

“Broc will get valuable miles in Super2 this season and get his second start in the Bathurst 1000 with one of the sport’s most successful drivers.”