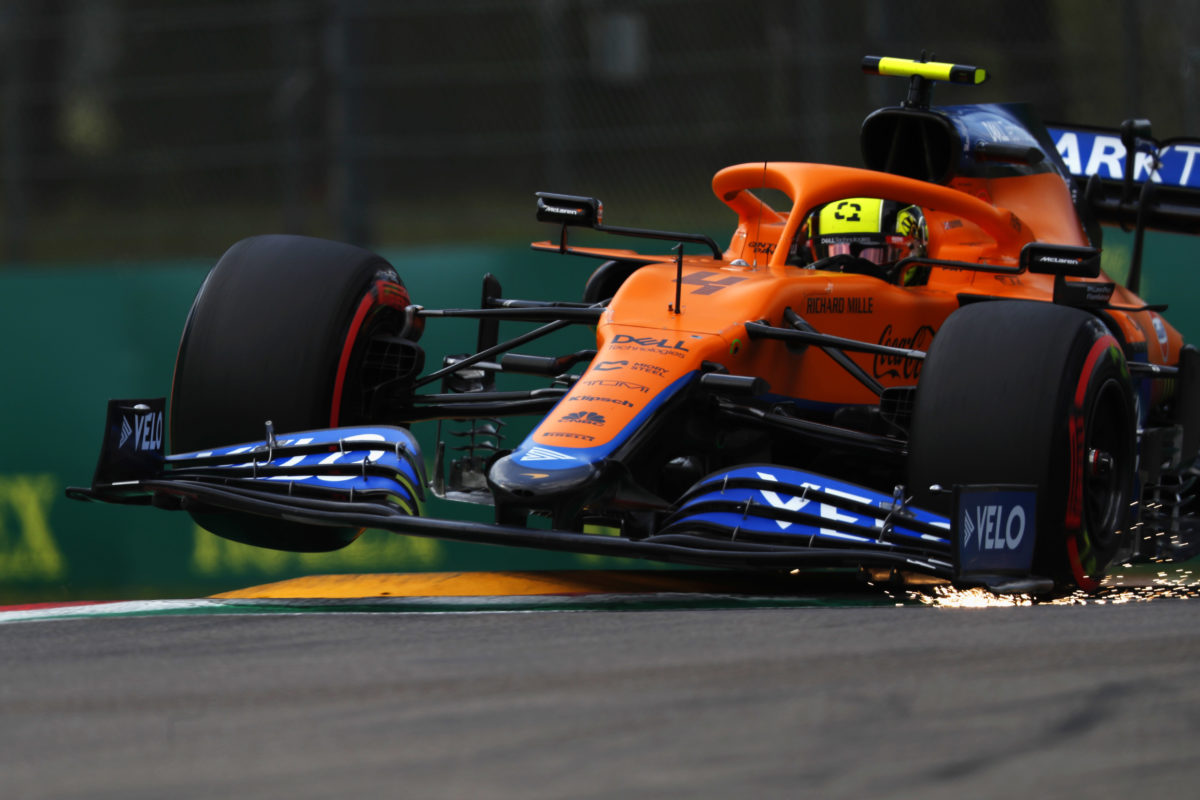 The decision to fit soft tyres to both cars at the restart of the Formula 1 Emilia Romagna Grand Prix did not sit well with McLaren team boss Andreas Seidl.

The race had started in wet conditions before drying by mid-distance.

That saw the field almost as one switch to slick tyres only a handful of laps before the red flag was shown due to George Russell and Valtteri Bottas coming together heavily at the Tamburello Chicane.

During the stoppage, McLaren opted to fit soft tyres for the 30-lap run to the flag.

“I asked my strategy guys, they were pretty confident that it works out. I wasn’t that confident,” Seidl said when asked by Speedcafe.com of the gamble in using the soft compound tyres.

“Obviously these guys do detailed analysis from everything that I’ve seen throughout the weekend, with the runs we did on Friday, and in the long runs and with everything else they’ve seen over the weekend.

“I had a good discussion with both drivers also during this red flag period, and in the end they [strategists] were confident together with the drivers that it will work,” he added.

“Clearly, we wanted to get in a position to score a podium, and therefore this approach has been taken from [the] team’s side, together with the drivers.” 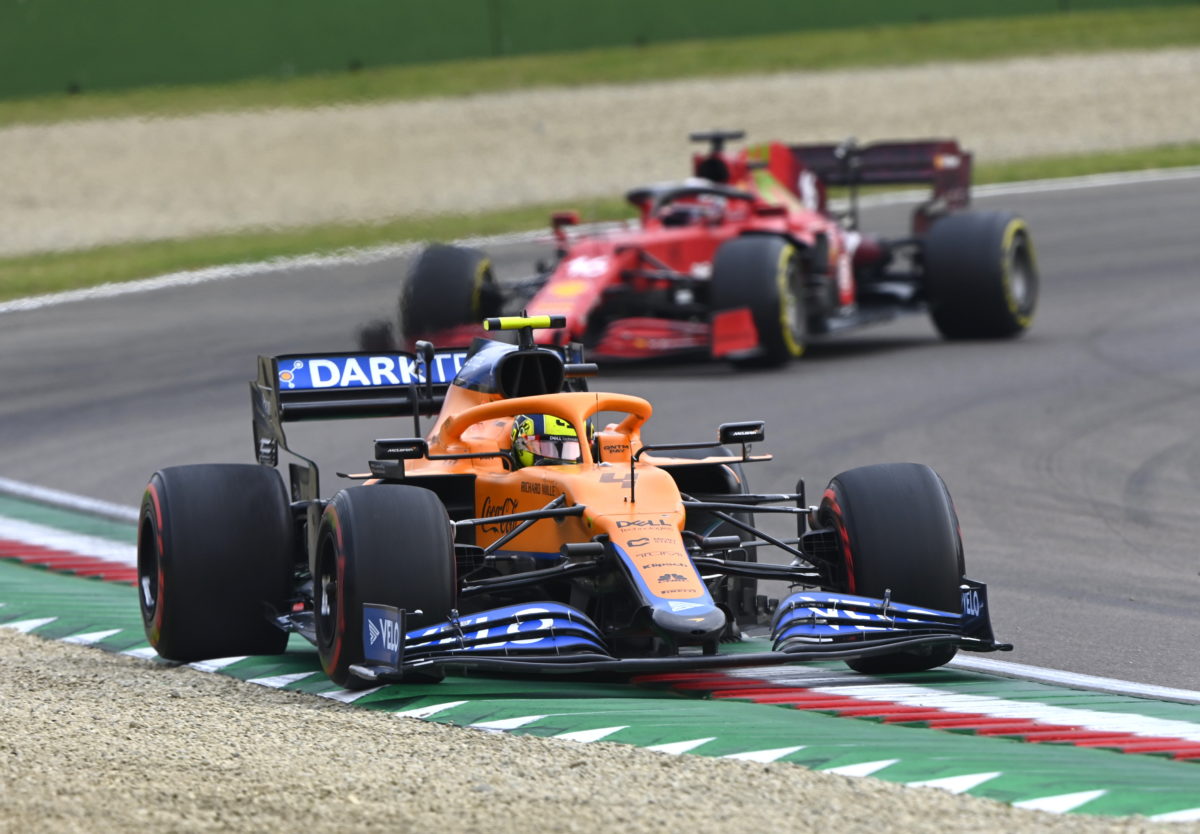 Norris was running third at the stoppage, moving by Charles Leclerc soon after the restart to climb to second.

He then fended off Leclerc and his Ferrari team-mate, Carlos Sainz, to hold on to the position, only to cede it to Lewis Hamilton on Lap 60.

In Ricciardo’s case, he restarted the race in sixth, moving up to fifth when Sergio Perez spun on Lap 37.

The Australian was demoted back to sixth when Hamilton eased by four laps later, holding that spot to the finish.

With both drivers in the top 10, McLaren logged 23 points towards the constructors’ championship, the second most of any team for the weekend.

After two rounds, it sits third in the teams’ battle, 12 points in arrear of Red Bull and 19 away from Mercedes at the top of the standings.

Formula 1 next moves to the Portuguese Grand Prix on April 30-May 2.