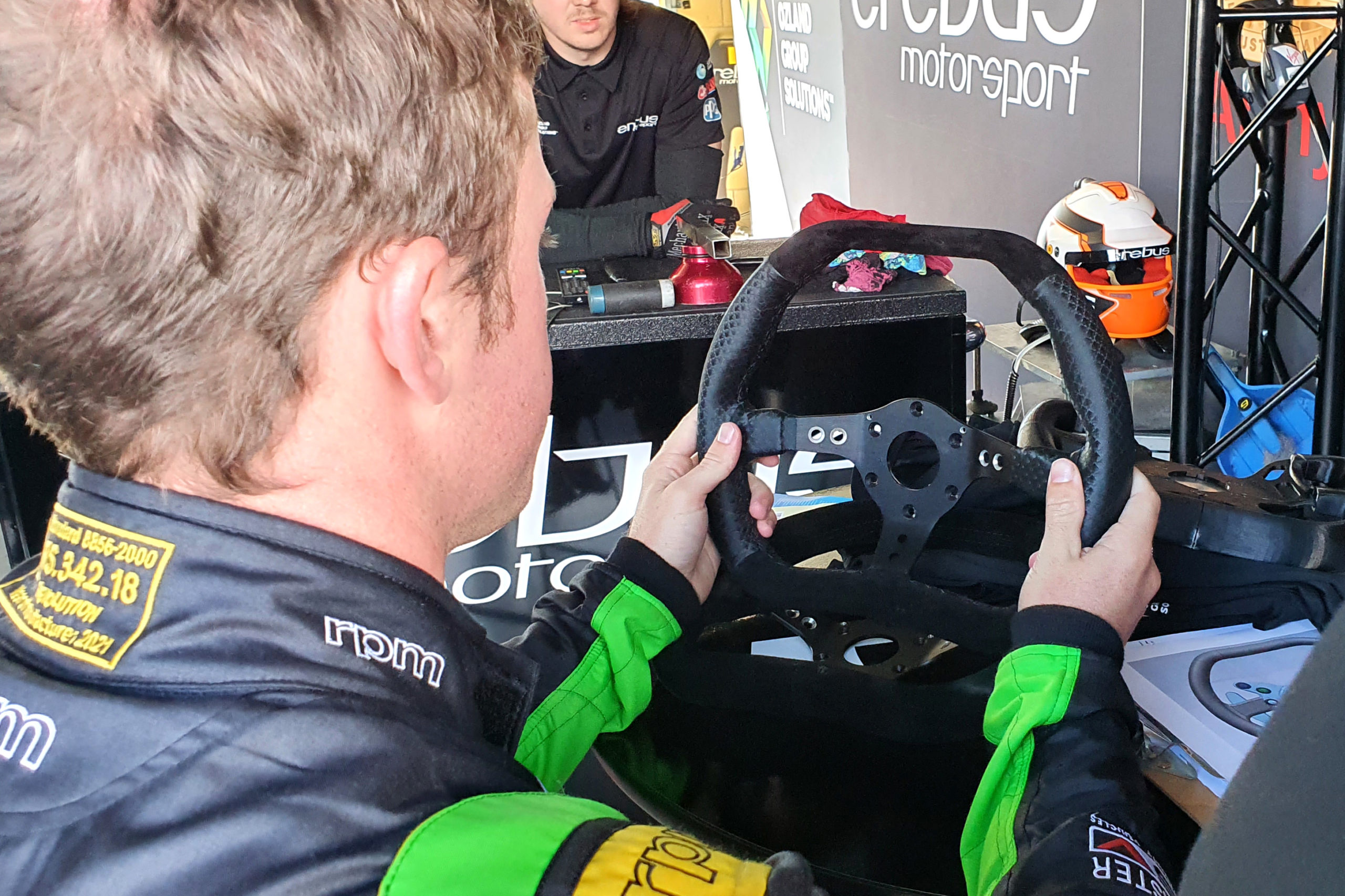 Several drivers have backed the introduction of a controlled split grip steering wheel that has been presented by Supercars in recent days.

Three prototypes were shown to drivers at the Tasmania SuperSprint as part of a consultation process by Supercars.

The other two wheels are identical in shape and size, with one presented fully in suede while the other features a split suede and no-slip grip.

All three steering wheels were presented without buttons; however, it is expected drivers will have another chance to sample a complete wheel at future events as consultation continues.

Max Papis Innovations was founded in 2009 by the former IndyCar driver, producing steering wheels for all levels of motorsport.

To date, Supercars teams have had the flexibility to pick and choose their respective steering wheel suppliers.

Steering wheels will become a controlled component under Gen3.

While the split grip option would be a new addition for the lion’s share of the grid, it has already seen use at Dick Johnson Racing this year (pictured below). Although the Max Papis-made steering wheel has seen some service in the championship already, the Supercars version may sport an alternative button layout.

Speedcafe.com spoke with several Supercars drivers at the Tasmania SuperSprint, with the majority keen to continue using a touring car-style wheel, particularly the split grip set-up.

“We’re not a formula car, so I think it’s silly having the open top Formula 1 wannabe one,” said Tickford Racing driver James Courtney.

“We don’t even want paddle shift, let alone that style of wheel as well. We’re a touring car category so we should have something that sort of resembles what the road cars have.

“Yeah, I’m a fan of that full wheel for this category with the amount of lock we’re using, especially here [at Symmons Plains].

“It’s super comfy. It’s good to bring those new and innovative parts in and sort of exploring that and making it ergonomically more comfortable for everyone.”

“I prefer to keep something similar to what we’ve got. It’s proven,” he said.

“We could go for a GT-style wheel and waste more money. But I think the whole thing of Gen3 is to try and cut costs. Keep it simple.” 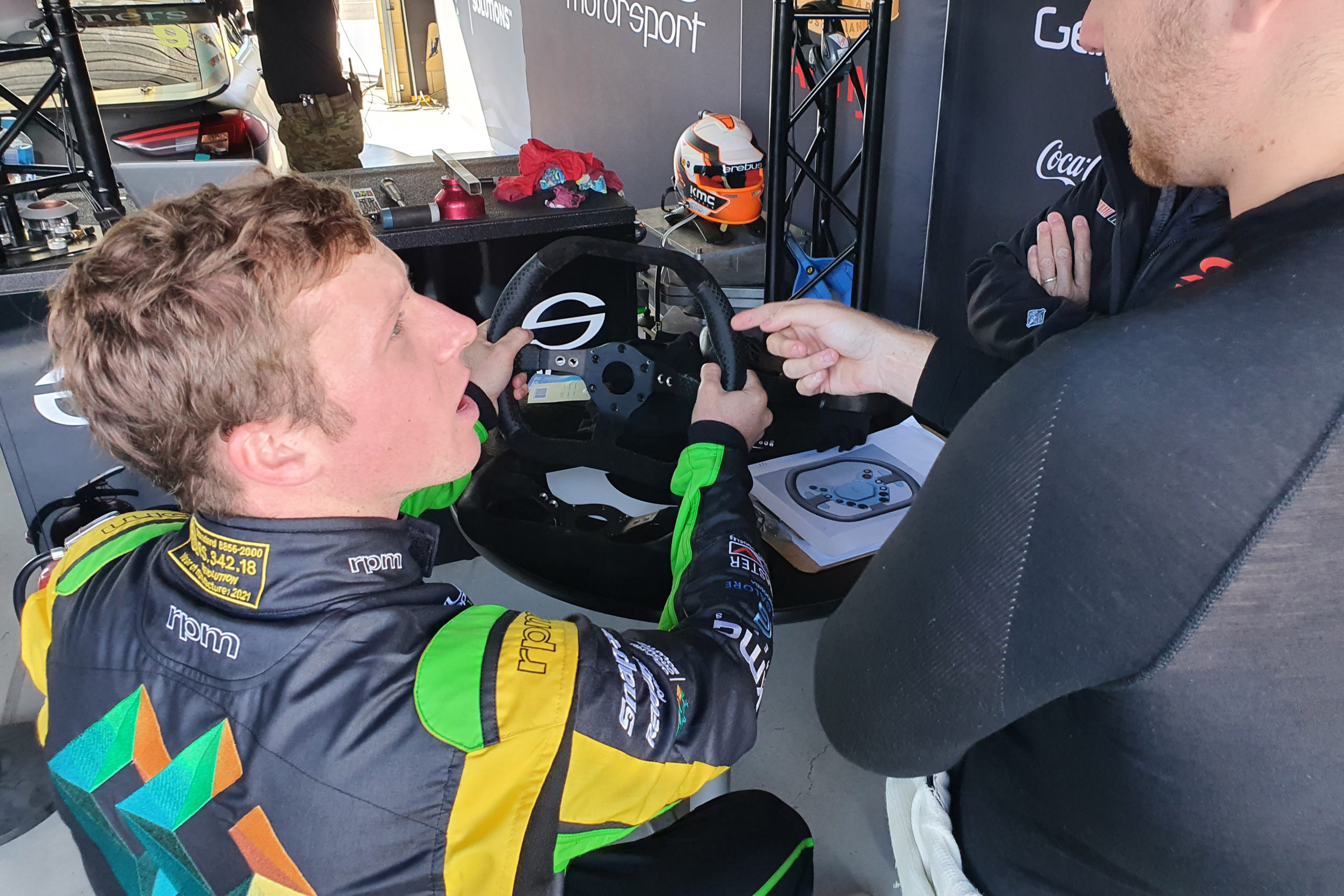 “There’s two that are pretty much the same just with different grips and I think they’re the right ones,” said Brown.

Triple Eight Race Engineering custom-built the seven-time champion a steering wheel based loosely what is seen in the McLaren 650S GT3.

Whincup conceded that his GT-style wheel wouldn’t be everyone’s favourite and expected the more traditional wheel to be the go-to among most.

“My steering wheel probably won’t suit most of the field,” said Whincup.

“It’s fantastic for me, but probably isn’t a good common thing for everybody.

“We’ll go to something more traditional, something without a gap. If you have a bit of a moment you’re not grabbing fresh air.

“That’s one of many controlled parts, which brings the cost of the car down and makes it more competitive just to fill the grid up and make these licences [Racing Entitlements Contracts] more valuable. That makes sense as a generic wheel for everyone.”

“Honestly, my first impressions were, ‘What’s this all about?’ And then they explained it to me and I thought, ‘That’s not a bad idea’,” he said.

“It cuts the costs down with people making their own stuff, so they [Supercars] buy it as a collective and get a better price. That’s fine.”

Several drivers said the full suede steering wheels used by most of the Supercars grid have a tendency to wear and become slippery.

As a result, some teams wrap their steering wheels with tennis racquet grips.

“With the suede wheel, they wear out really quick,” Reynolds added.

“That’s the only thing you end up replacing is the steering wheel outer. Going to that softer sort of material might last longer.”

Reynolds said he didn’t have a preference over the different styles of wheel and was more concerned by CAD drawings showing the wheels with paddle shift placement.

“Honestly, it doesn’t matter what one they pick as long as they’re the same,” said Reynolds.

“The worst bit was they had little drawings of toggles, little paddle shift things. Then we got into a bit of a discussion about that.”