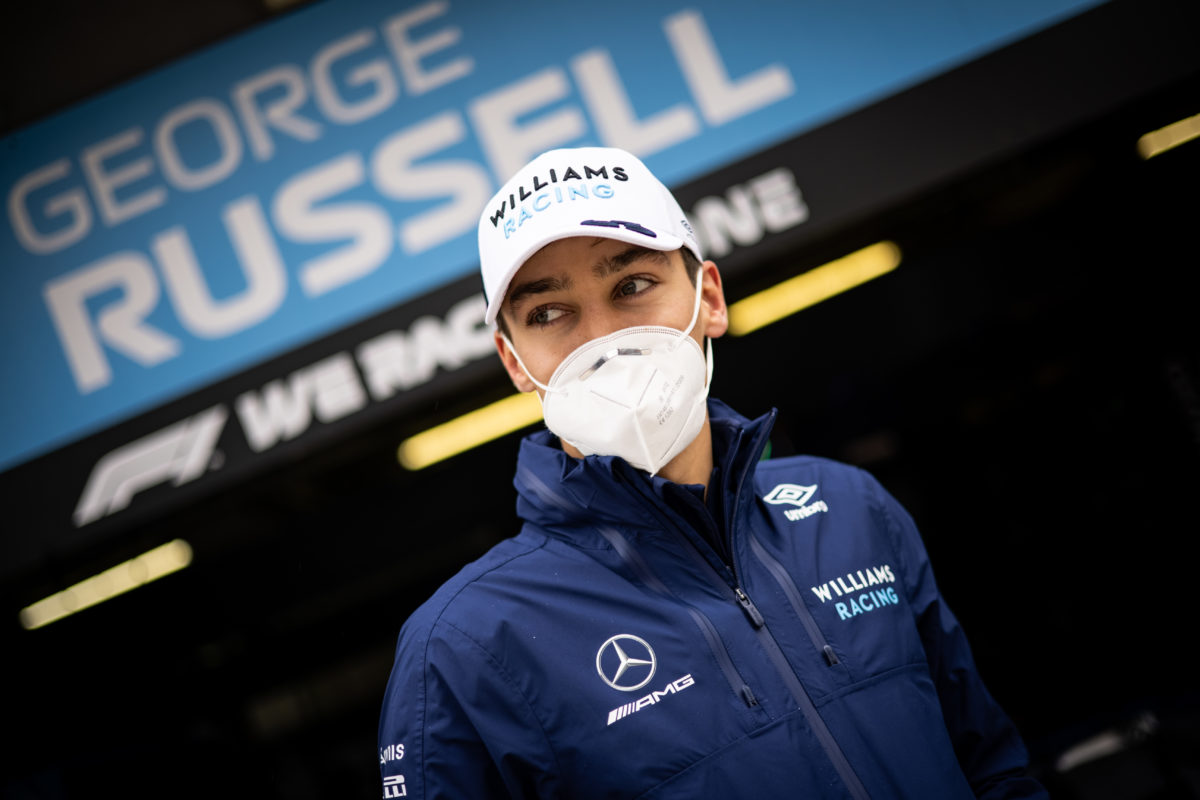 George Russell has issued an apology following the crash which took him and Valtteri Bottas out of the Formula 1 Emilia Romagna Grand Prix.

The pair clashed on approach to the Tamburello Chicane midway through the race while battling for ninth.

With Bottas holding the racing line, Russell moved to drivers’ right, where he encountered an especially wet patch on the still-damp circuit.

It saw the Williams spear into the Mercedes, firing both into the wall on drivers’ left before skating into the gravel and barrier at Tamburello.

Russell was furious following the crash, remonstrating with Bottas before the Finn had even climbed from his car.

A war of words then followed in the media as the 23-year-old Brit continued to vent his frustration.

Investigated by officials post-race, it was deemed a racing incident with no further action taken.

A day after the incident, Russell has also had time to reflect on it, and has issued a public apology.

“I knew it would be one of our best opportunities to score points this season and, when those points matter as much as they do to us right now, sometimes you take risks.

“It didn’t pay off and I have to take responsibility for that.

“Having had time to reflect on what happened afterwards, I know I should have handled the whole situation better,” he continued

“Emotions can run high in the heat of the moment and yesterday mine got the better of me.

“I apologise to Valtteri, to my team and to anyone who felt let down by my actions.

“I’ve learned some tough lessons this weekend and will come out of this a better driver and a better person for the experience.”

With new financial regulations in effect this season, replacing it will have a knock-on impact that could impact Mercedes’ championship charge at a time when it is facing stiff opposition from Red Bull.

“Our car is almost a write-off. In a cost-cap environment that is certainly not what we needed, and probably it’s going to limit upgrades that we’re able to do,” he declared.

“And simply the fact that we ended there by losing it in the wet, because there was no contact, losing it on the wet, and making both cars crash out is not what I expect to see.

“We are very stretched on cost cap, and what we always feared is a total write-off of a car.

“This one is not going to be a total write-off, but almost, and that is not something we really wanted.”

His performance that weekend demonstrated his potential, with the Brit now expected to join the operation at the end of his current Williams deal.

Bottas and Lewis Hamilton are both on one-year contracts with Mercedes.

Nicholas Latifi was an opening lap retirement after spinning at Acque Minerali and making contact with Nikita Mazepin as he rejoined.

The squad remains without a point in 2021, as do Alfa Romeo and Haas.