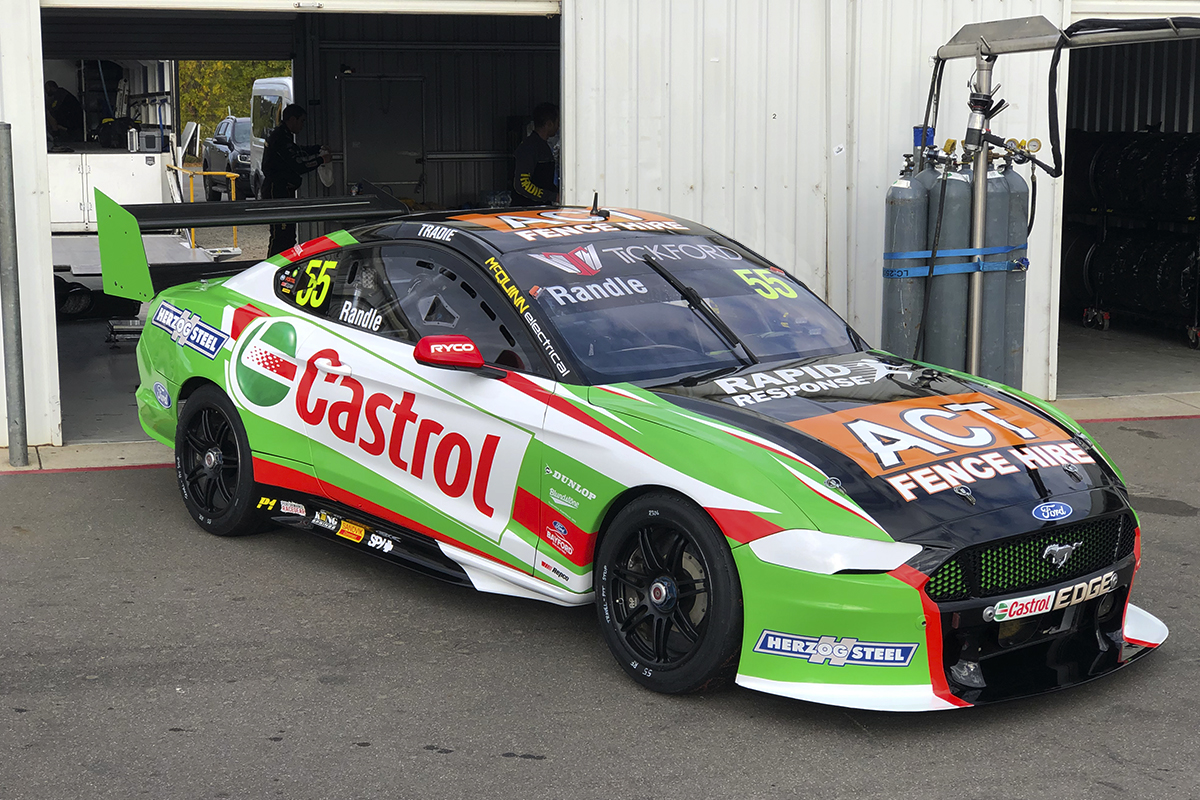 Thomas Randle and Kurt Kostecki have completed a day’s testing at Winton Motor Raceway ahead of their upcoming Repco Supercars Championship wildcard appearances.

The pair will both contest the OTR SuperSprint at The Bend Motorsport Park, Merlin Triple Crown at Hidden Valley Raceway, and Bunnings Trade Perth SuperNight at Wanneroo Raceway.

Randle, who is also contesting this year’s VHT S5000 Australian Drivers’ Championship, will pilot the same car that he and Lee Holdsworth took to third in the 2019 Sandown 500.

Today’s test marked the first time since then that he has driven the car.

“The last time I raced that we got a pretty good result, so it was nice to get reacquainted with some familiar machinery,” Randle told Speedcafe.com.

“We went through our run plan and I think we ticked off as much as we could.

“We pretty much ticked off everything we wanted to in regards to doing race runs, geometry changes, and pit stop practice.

“Mission accomplished in terms of the goals we set out for today. It was nice to work with the team again in that sort of capacity.

“I had Raymond Lau, who is Zak Best’s engineer in Super2, he’s engineering me for the three wildcards and I think we got along quite well today, talking the same language.”

Similarly, Kostecki had Chaz Mostert in his corner for the test.

“Chaz came out to the track and he was a big help,” explained Kostecki, who will be engineered by Adam Austin.

“He was a bit of a shoulder to lean on there and we could throw some ideas around.

“Obviously with the experience he’s got, he could really back up what we were doing to the car and give me a good hand in getting a leg up with my driving.

“It was good to have him out there and just guide us through it a bit.

“It was great to get back with the Walkinshaw Andretti United guys,” Kostecki added.

“Obviously we had Bathurst together last year, so to get this one locked down and get back in one of their cars has been awesome today.

“We had heaps to get through, obviously they’ve been changing all the things on the car throughout the year, slowly but surely throwing things at it.

“We used a bit of the day to revalidate some of that stuff and while we were at it, getting me up to speed.

“I did a lot of laps and it was pretty successful by the end so we’re pretty happy.”

The test day proved important for Randle and Kostecki, who will have very little time to get up to speed at any of their wildcard appearances.

As it stands, all three events are two-day affairs, with practice taking place on Saturday morning before qualifying and racing.

“I don’t want to rock up to Tailem Bend and waste the first session. I want to be on it straight away.

“It’s days like today where you just dust off the cobwebs and tick all the boxes and all the items that you want to run through beforehand.

“As long as I’m comfortable in the car, I can feel the changes we made, my engineer and I are talking the same languages, then that’s probably all you can ask for.

“I think we did all that today, it just means that when we get to Tailem Bend we know that the car is good and I’m ready to roll.

“We should be able to head into Practice 1 as prepared as the other three guys in the team.”

Randle and Kostecki will be part of a 26-car grid at the OTR SuperSprint across May 8-9.