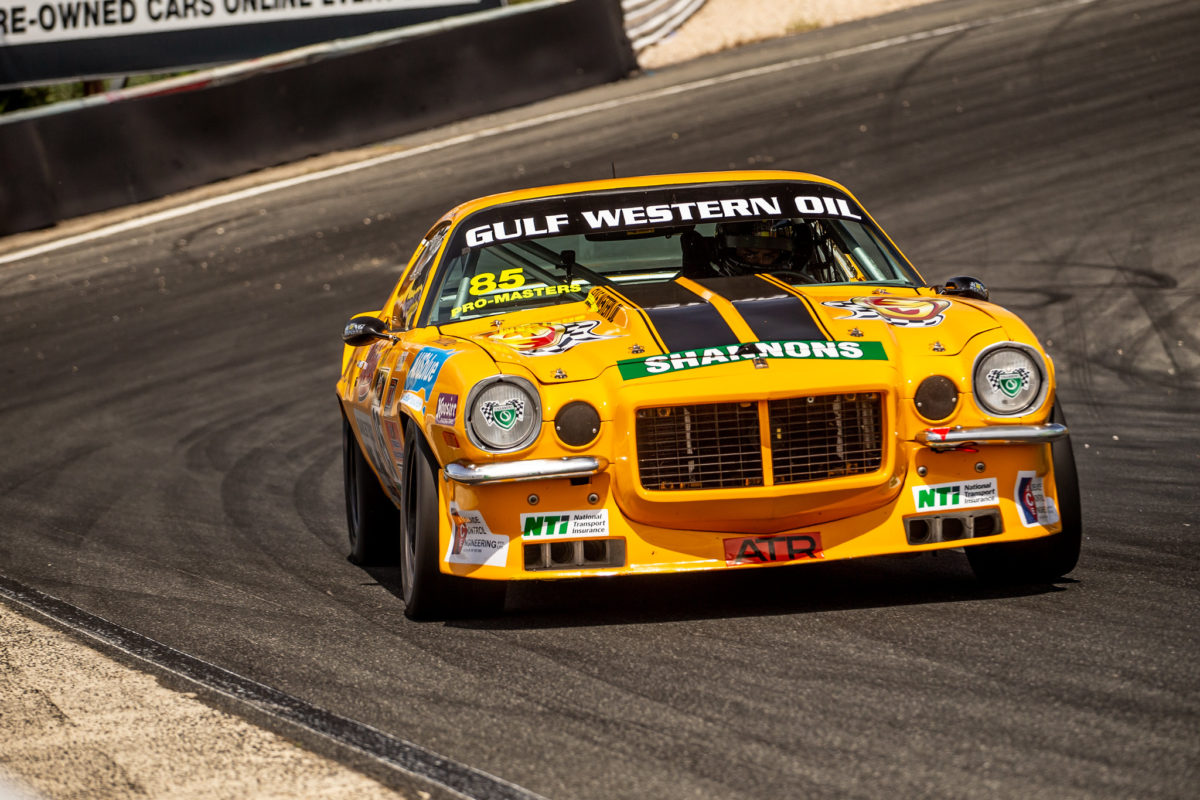 Adam Garwood has dropped out of Gulf Western Oils Touring Car Masters despite leaving the first of two rounds thus far in 2021 with a share of the series lead.

Garwood won Race 1 of Round 1 at Symmons Plains in January, then picked up a maiden pole position in the category at Bathurst in February.

While that pole was wasted due to an engine failure for the #85 Whiteline Racing Camaro which prevented him from taking the start, and there would be problems for the spare as well, he still sits sixth in the series.

However, the Tasmanian will not be on the grid when Round 3 takes place at Sydney Motorsport Park in just under a fortnight from now.

“We wish to share the news that we have decided to part ways with Whiteline Racing for the continuation of the 2021 Touring Car Masters season,” read an announcement on Garwood Motorsport’s Facebook page.

“Following successful rounds with them over the years, in particular earlier this year at our home tracks of Symmons Plains and Baskerville [Invitational], we have decided it’s time to move on to the next phase within Adam’s motorsport career, to focus our energy elsewhere.

“While at this point in time, we are waiting for what comes next, we look forward to enjoying a break now that the speedway season has finished, and we have no current commitments ahead of the upcoming circuit season.”

The #85 Camaro was made to run with an extra 10kg of weight, along with the stipulation “Max. capacity must remain unchanged”, per the Weights and RPM Register for the Bathurst round which was obtained by Speedcafe.com.

The next TCM round takes place on the Shannons Motorsport Australia Championships bill at ‘Eastern Creek’ on April 30-May 2.