David Reynolds admits he was expecting to drop out of contention in the Symmons Plains finale after contact caused smoke to billow from his Penrite Racing Mustang.

Reynolds continued his solid start to life at Kelly Grove Racing, taking a pair of eighth place finishes from Sunday action at the Beaurepaires Tasmania SuperSprint.

But it was not without drama, having looked like minor Lap 21 contact with Zane Goddard at the hairpin could prove costly.

The two were squabbling over net seventh place at the time, with Reynolds looking to apply the blowtorch to Goddard as the latter headed towards a career-best finish.

“I was trying to force Zane to do a little mistake but he was driving so well; it’s good to see such a young kid with not much experience up there,” Reynolds recounted.

“So I was trying to put some pressure on him, I tried to like sneak down the inside and I just tagged him and it folded the guard and the front splitter onto the tyre. 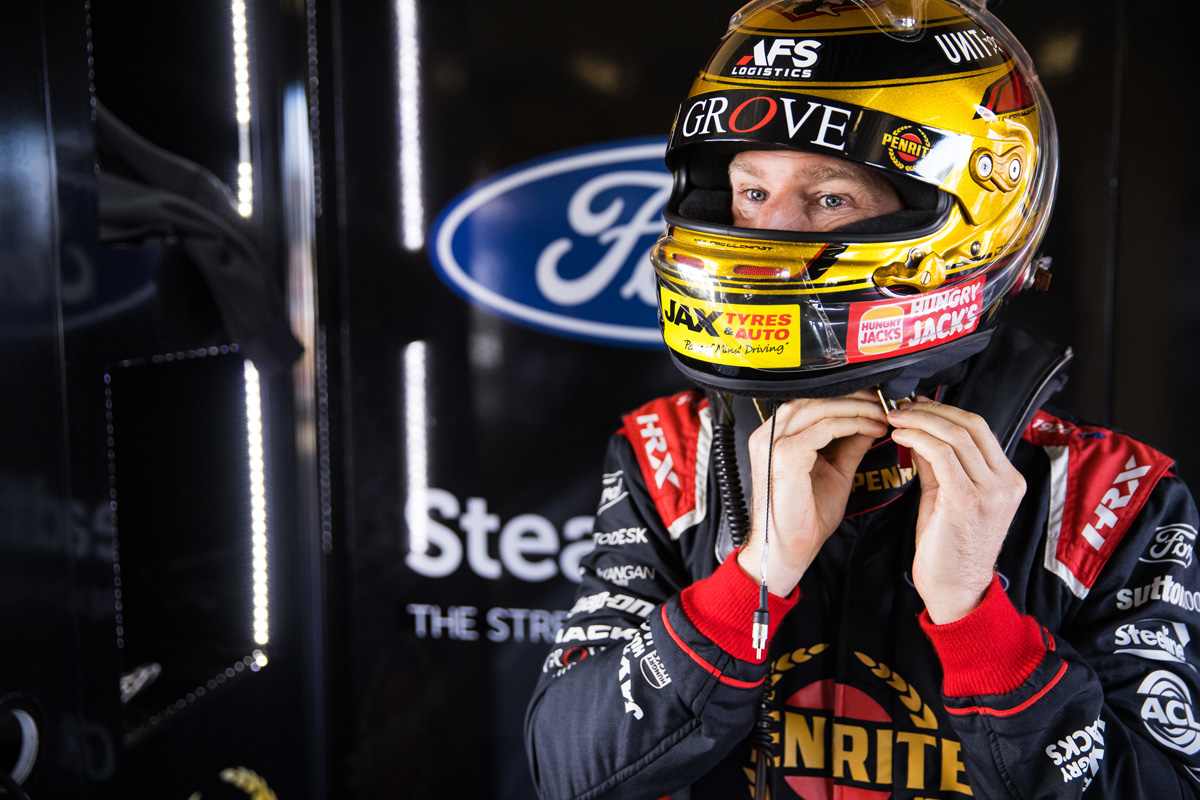 David Reynolds is now seventh in the championship

“I had heaps of smoke come into the cabin. I thought my race was done, I couldn’t see where I was going.

“It was like Cheech and Chong were out the back, there was heaps of smoke, everyone would have been laughing at me.

“And then I had too much understeer and lost half a second. I was kind of lucky to hang onto eighth.”

That outing followed a strong drive to eighth in Race 7, having started 13th.

“I drove the wheels off it, the car was good,” Reynolds said of the earlier race yesterday.

“It was a little hotter so maybe everyone had a bit more tyre deg which probably helped us.”

It was a tougher showing for team-mate Andre Heimgartner, who finished 22nd, 10th, and 22nd.

He has dropped four spots to 11th in the championship as a result, while Reynolds has gained two places to take seventh overall.