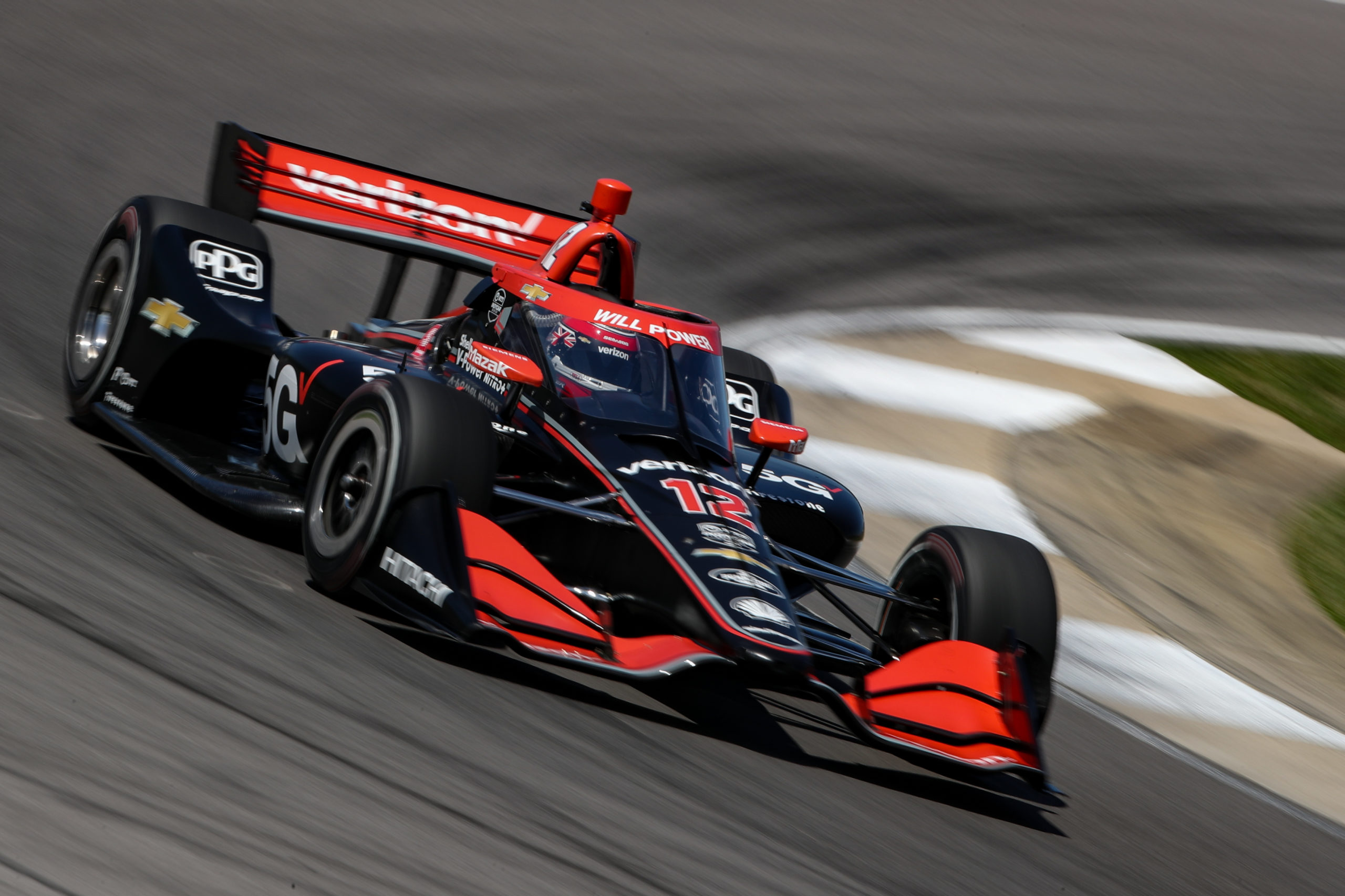 Will Power says he will “absolutely have a great chance of winning the championship” if he can continue having trouble-free races.

The Team Penske claimed his first IndyCar Series podium finish at Barber Motorsports Park in nearly a decade this morning, his last success at the circuit a win in 2012.

After early race leader Pato O’Ward lost out in the pit stop sequence, eventual race winner Alex Palou shot to the fore ahead of Power.

The dying moments of the race saw Palou strike traffic, allowing Power to close in with just a few laps remaining.

Having come within a second of the Chip Ganassi Racing driver, Power made a mistake and lost ground to the lead.

With the best part of a minute’s worth of push-to-pass remaining, the 40-year-old made one last-ditch attempt to catch Palou but ultimately fell short.

“I made that one little mistake at [Turn] 9,” said Power.

“With the amount of push-to-pass I had left, it could have been pretty good. I did have to save some fuel, so I had enough to be able to use push-to-pass for the last two laps.”

Power said he was caught off guard by Palou’s early race pace and believed that the Spaniard would opt for a three-stop strategy as most of the field outside of the top four did.

“It just blew my mind how fast Alex was in that first stint,” said Power.

“Like I had absolutely nothing for him. He just pulled away, so I figured he was doing a three-stop race, because I was getting the best lap time I could for the fuel number.

“But I’m super happy to get the Verizon 5G car on the podium. We’ve had a pretty bad start to the year the last four years, so it’s awesome to get a good start to the season.”

Power’s title bid will continue in a week’s time when the series heads to Florida to race on the streets of St Petersburg.

The part-street part-airfield circuit has been a mixed bag for Power in the past.

The Toowoomba-born pilot has two wins and three podiums at the circuit, but the venue has also been the scene of tough starts to previous campaigns.

For the 2014 series winner, it’s a case of being consistent.

“I said to the guys, ‘If we do this, week in, week out, just solid races with no mistakes, I promise you we will absolutely have a great chance of winning the championship’,” said Power.