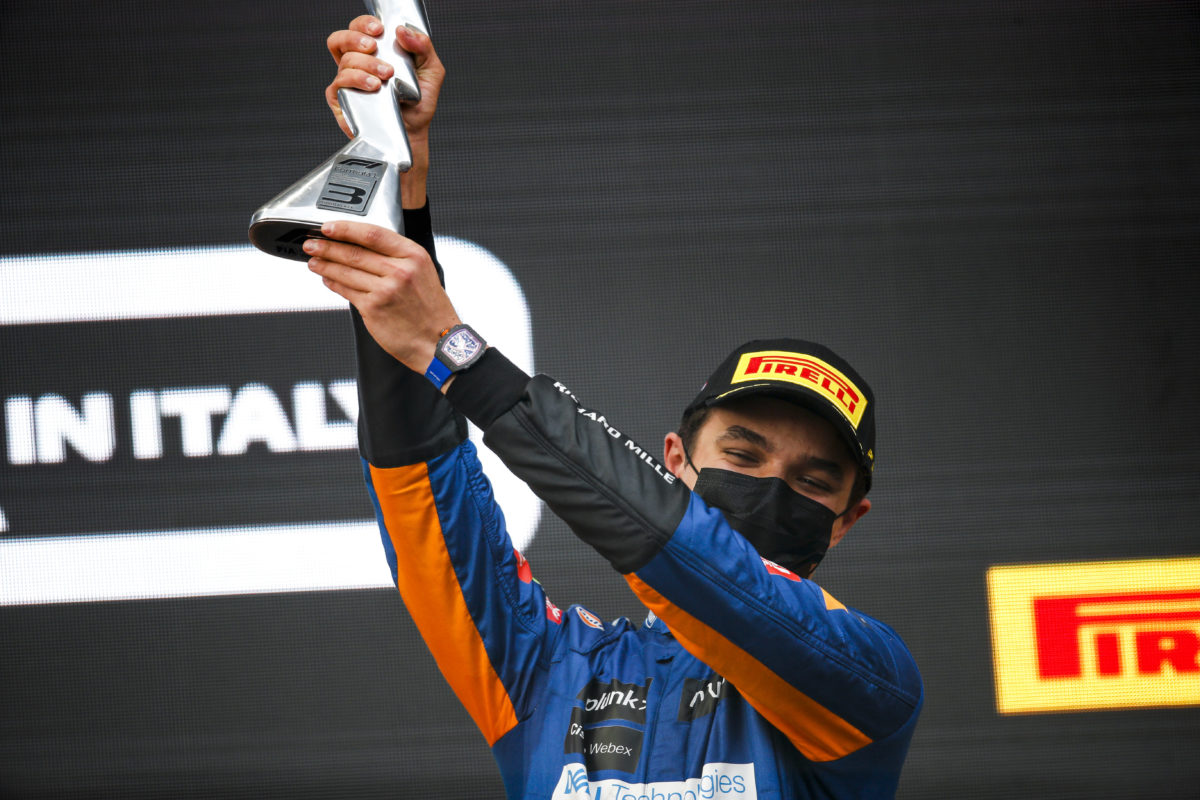 Lando Norris has stated his third place in the Formula 1 Emilia Romagna Grand Prix feels like a real accomplishment after a disappointing qualifying session.

Norris qualified seventh for the race after his best lap was deleted on Saturday for exceeding track limits, a time that would likely have seen him line up third.

He then raced through the field on Sunday to record McLaren’s first podium result of the season, vanquishing the demons of the day before.

“I feel like I’ve accomplished something, you know,” Norris said.

“I feel like I gave it everything and we did the best we could, and definitely we did that today.

“I tried hang on for P2 as well in the end [but] Lewis was definitely too quick for us.

“I’m definitely a happier guy then what I was yesterday, but I think just rightly so.

“I lost, what, four positions yesterday because of a mistake and probably made our race a lot harder today, a lot riskier as well, in the beginning with all the spray and everything,” he added.

“I think I have the right to be disappointed and frustrated but I came in today, forgetting that, looking ahead to the new challenges, the new opportunities, and I think that showed.”

The 21-year-old ran as high as second in the closing stages, though was ultimately reeled in and passed by Lewis Hamilton.

Despite a car disadvantage, Norris didn’t give in without a fight, and made the seven-time world champion work hard to take the place.

“Look at the two guys that have been in the end in front of us, they are the reference in this sport together with their teams at the moment,” he said.

“Therefore, it is obviously very good to finish in P3.”

Combined, it saw McLaren leave Imola with another 23 points in the constructors’ championship, moving its tally along to 41 points.