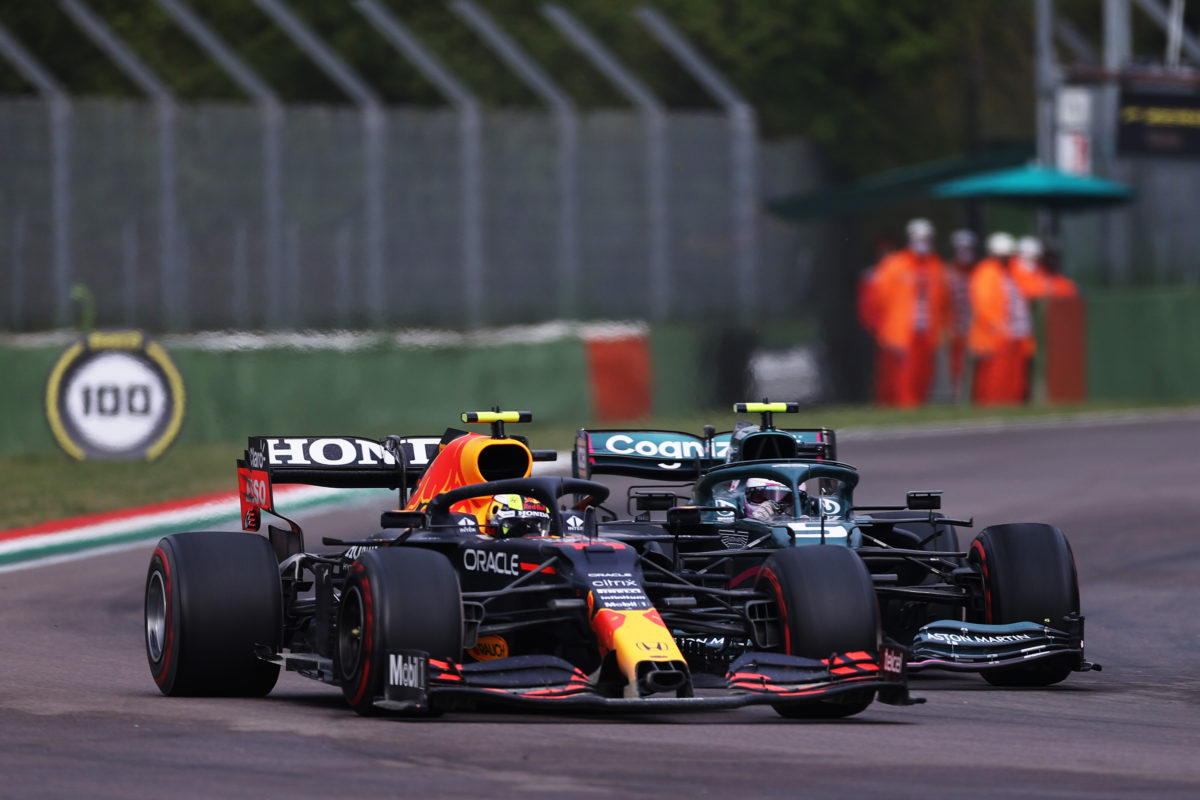 Sergio Perez has offered his apologies to Red Bull after a calamitous Emilia Romagna Grand Prix in which he finished 12th.

Perez qualified second for the race, the best starting position of his Formula 1 career.

In wet conditions, he immediately fell to third on the run to the Tamburello Chicane before a moment at Variante Alta opened the door for Charles Leclerc to scamper through to push him down to fourth.

During the Safety Car period to recover Nicholas Latifi’s Williams, who crashed out as Perez was being passed by Leclerc, the Red Bull driver slid off the road at Piratella.

He fell behind both Daniel Ricciardo and Pierre Gasly in the process, though reclaimed those places.

It saw him slapped with a 10-second penalty for overtaking under Safety Car conditions, which dropped him behind Lando Norris after the penalty was served at his first pit stop.

The Red Bull driver recovered the spot courtesy of a wayward Lewis Hamilton just before the race was red flagged for the George Russell/Valtteri Bottas crash.

Just four laps after the restart, Perez had a decisive spin at Variante Villeneuve, and fell from fourth to 14th. 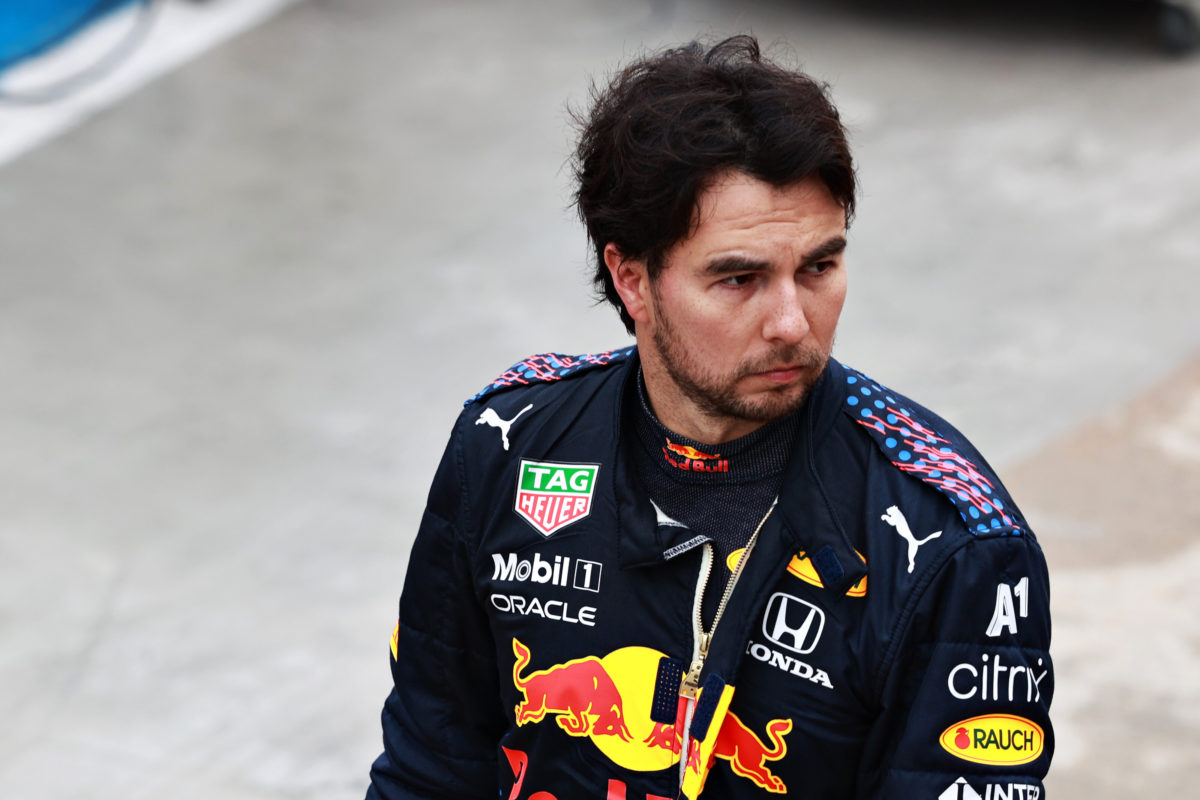 “Very, very sorry first of all to my team, because I wasn’t there today,” Perez said.

“Very poor conditions meant that I struggled to put any temperature into my tyres, so therefore the car was very difficult to drive – even on the Safety Car, I went off.

“I came back and I got the penalty for that, which meant I lost the position to Norris and that made things trickier.

“Then, at the end, I think we should have finished on the podium. Unfortunately, I did that mistake and that was very costly.”

Perez’s Red Bull team-mate, Max Verstappen, won the race from Lewis Hamilton, who had his own moment during the race.

The Mercedes driver nosed into the wall after skating off the road at Tosa, dropping a lap as he worked to recover the W12.

The red flag allowed him to rejoin the lead lap before storming through the field to climb from ninth to second.

With Perez outside the points, Red Bull still trails Mercedes in the constructors’ championship by seven points despite winning the race and its rival’s second car failing to finish.