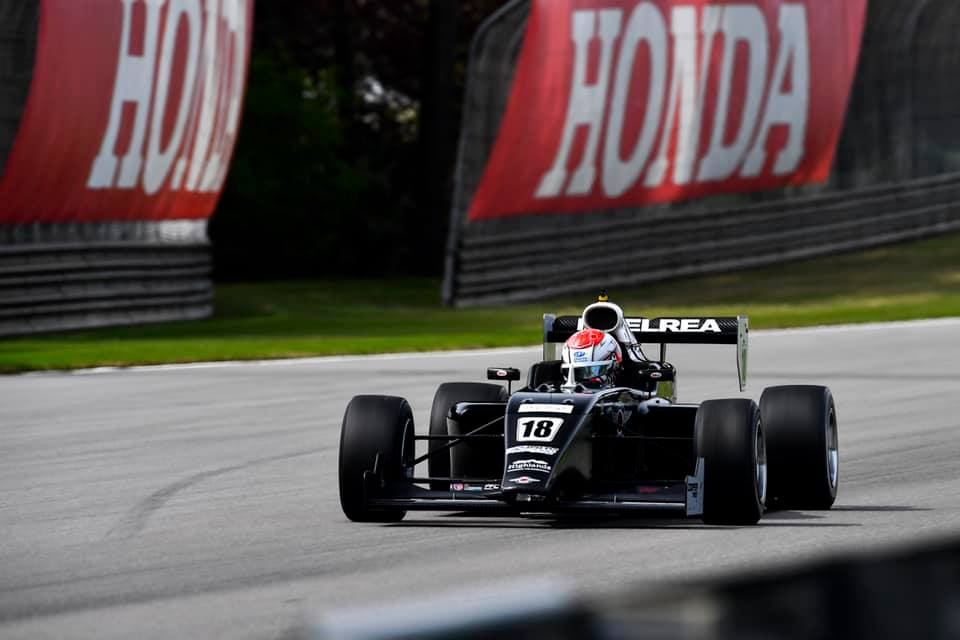 Hunter McElrea scored a victory in the season-opening round of the Indy Pro 2000 Championship at Barber Motorsports Park.

Christian Rasmussen crossed the line first at the end of Race 2, but was handed a five-second time penalty for “impeding” McElrea while the former recovered from a spin in the closing stages.

Rasmussen’s demotion to second was a promotion for McElrea, notching up his second win for Pabst Racing to kick-start 2021.

Russian driver Artem Petrov finished third for Exclusive Autosport after being chased across the line by teammate Braden Eves.

Eves dominated Race 1 from pole position after the 21-year old controlled the pace and managed to edge clear of Petrov to take the chequered flag first.

Rookie Reece Gold, driving for Juncos Racing, completed the podium in Race 1 after a post-race disqualification for team-mate Manuel Sulaiman.

McElrea suffered contact during the early stages of the first race and battled handling issues throughout, ending up sixth at the chequered flag.

Eves leads the standings after Round 1, with McElrea six points further back in third.