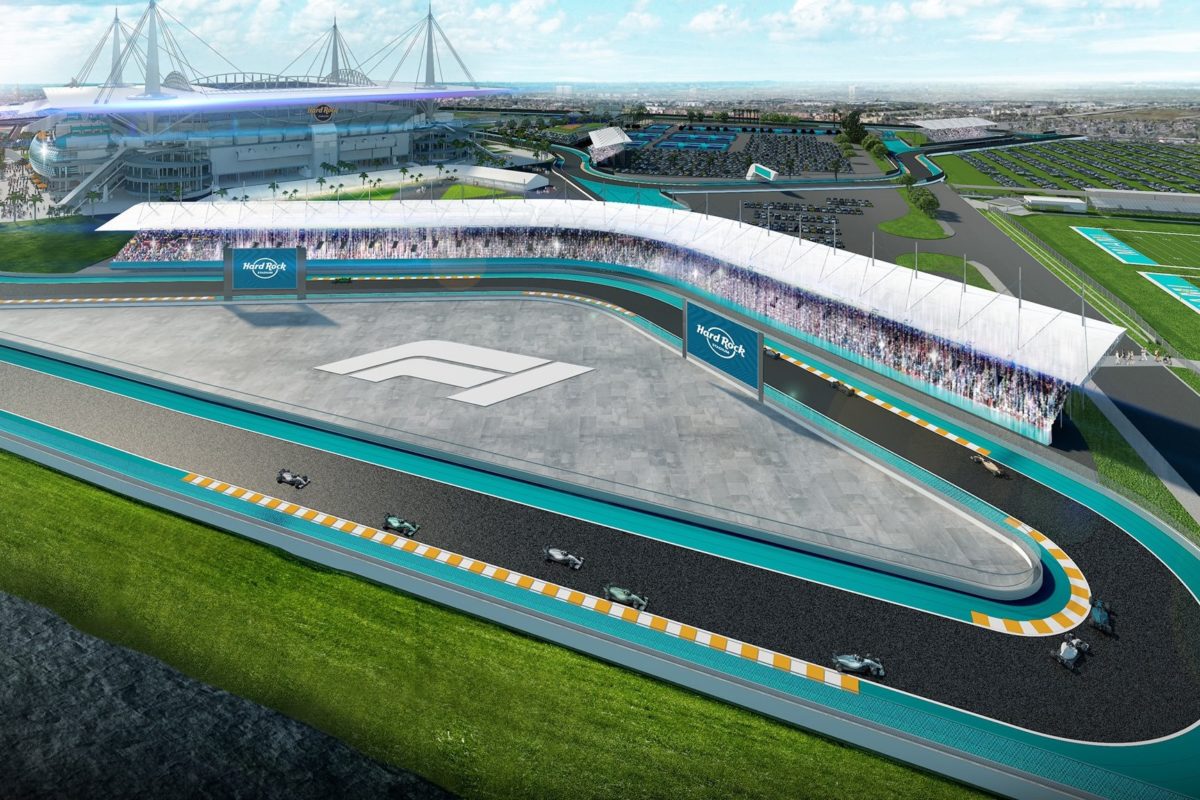 A render of the Miami Gardens circuit

Formula 1 will head to the United States in the first half of the 2022 season according to its chief executive officer, Stefano Domenicali.

Yesterday, it was announced that Miami will host a round of the world championship from next season on a purpose-built circuit in the Miami Gardens precinct.

But while details on the track itself were forthcoming, a 19-turn, 5.41km venue, little was said about prospective dates.

Formula 1 already has the United States Grand Prix, a race run at the Circuit of the Americas, traditionally scheduled in the latter quarter of the season.

Speaking in Imola over the Emilia Romagna Grand Prix weekend, Domenicali offered a little more detail on the new event, which is understood to hold a 10-year contract.

“It will be in the second quarter of the 2022 season,” the Italian told Sky Sports.

“And there will be enough gap to give the other grand prix [United States Grand Prix] in other states with a reasonable distance.” 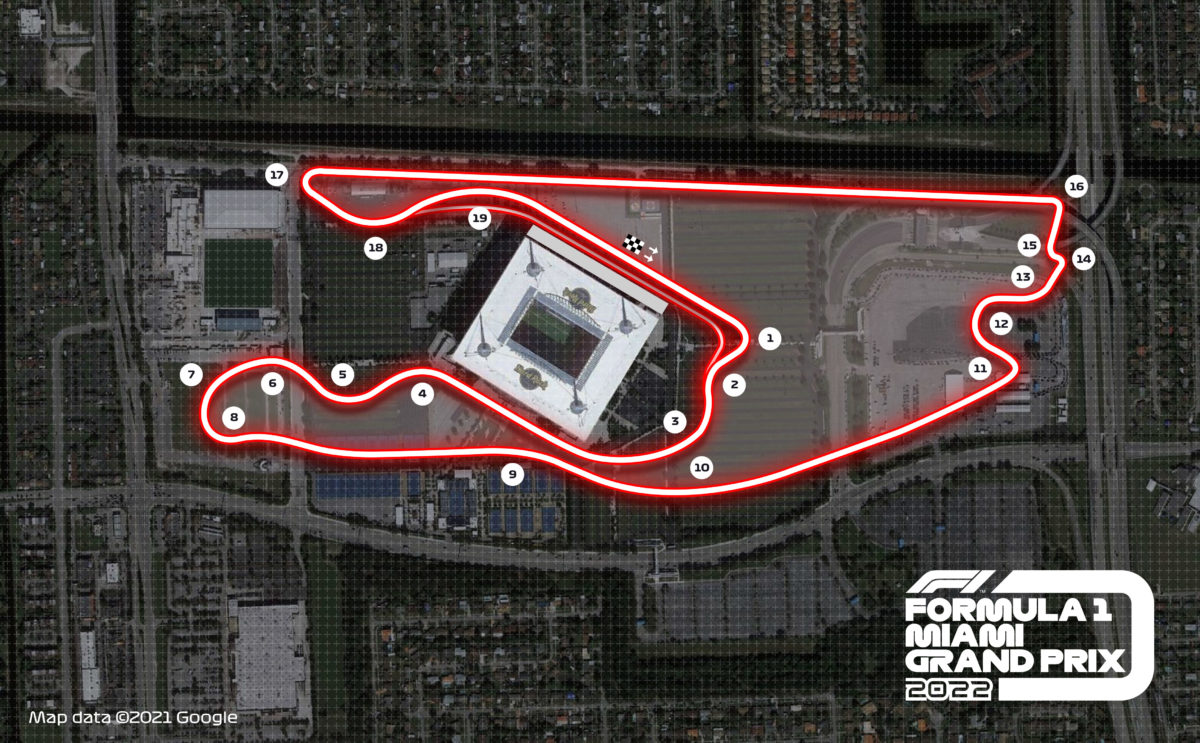 An overview of the Miami Grardens circuit with corner numbers

It is therefore likely the Miami Grand Prix would fall in mid-June, so it can be paired with the Canadian Grand Prix.

Such a date would also see it well clear of the NFL season, given the F1 venue encircles the Miami Dolphins’ stadium.

The 2021-22 season is slated to begin in September and end early next February.

While Miami is a new addition to the calendar, there are other potential venues in the mix, Domenicali claimed.

“A lot of other countries are hoping to host a grand prix,” he said.

“We need to get ready for the restart, and a lot of countries see Formula 1 as the right platform to relaunch the industry, the business of the tourism, and of course, on our side, the sport and all what is connected to us.”