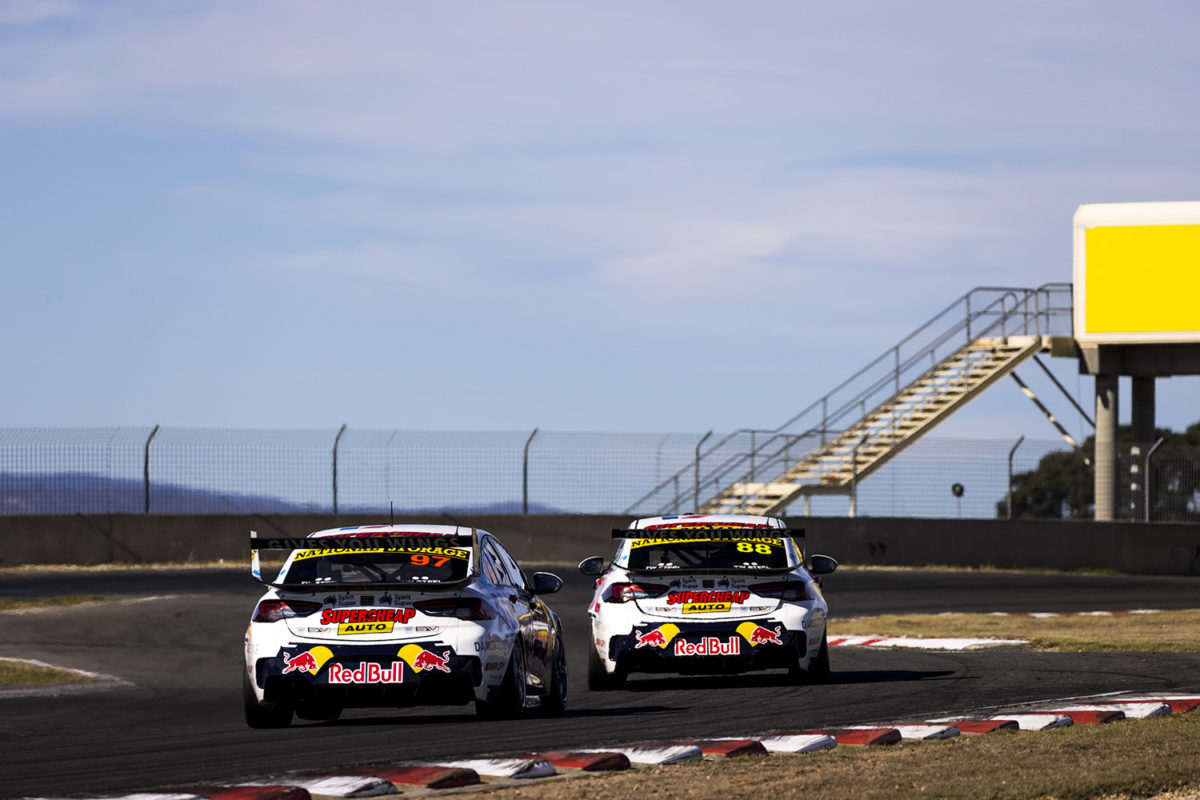 Jamie Whincup believes his Triple Eight Race Engineering team may have miscalculated its approach to the closing stages of the Beaurepaires Tasmania SuperSprint finale.

Having split the weekend’s first two race wins between himself and team-mate Shane van Gisbergen, the pair took fifth and sixth respectively in Race 8.

There had been opportunities for more though, with the Red Bull Ampol Racing cars finishing the race in a big train that had been created by Cameron Waters’ continued tyre life troubles.

Ahead, Dick Johnson Racing’s Anton De Pasquale and Will Davison managed overtakes to relegate Waters to fourth, and he would hang on to that position despite immense pressure.

Whincup believes a strategic move to let van Gisbergen past to have a shot at attacking backfired.

Having been unsuccessful, van Gisbergen would ultimately give fifth place back to Whincup late on the final lap.

“In the end there I didn’t think I’d be able to get the DJR boys but what we didn’t predict was that Cam was going to back it up,” Whincup admitted.

“So I thought I’ll give SVG a crack to get us both through but when he passed me it was pretty obvious he had less rears than I did.

“We maybe tripped over each other at the end there, but all in all good points for the round.” 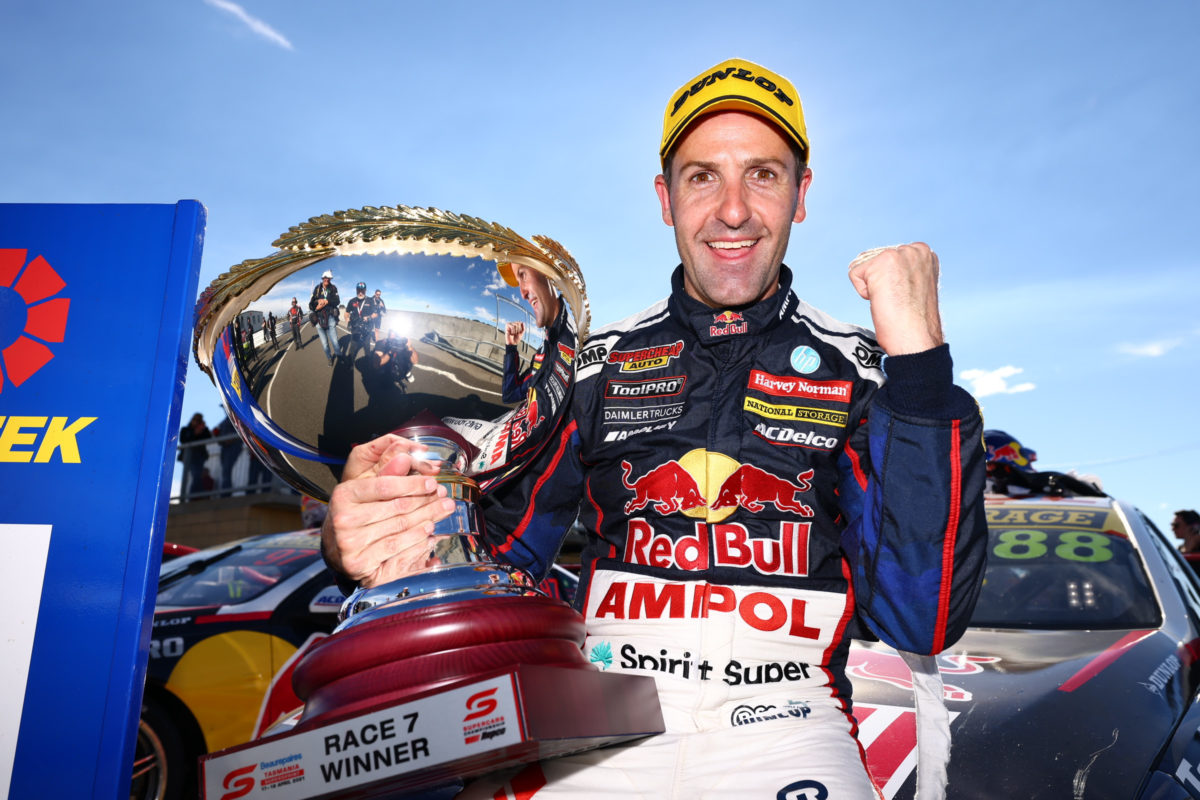 On the whole, Whincup “couldn’t be happier” with the team’s efforts at Symmons Plains; a weekend in which van Gisbergen broke the qualifying lap record, Whincup opened his 2021 victory account, and the team tightened its grip on both the drivers’ and teams’ championships.

“It’s not a bad thing to not have a good run at the end there – it only makes us hungrier,” reflected Whincup.

“It was awesome to share my first race win with Wes [McDougall, engineer] as well.

“He’s been working bloody hard, and you want any newcomer to the team to feel the success of winning, because once you feel that success, you want more. Hopefully, after this weekend he feels that we can continue to win races if we do a good job.

“It will motivate us to challenge the other side of the garage. We don’t necessarily have to beat #97, but we have to give them a really good standard to live up to and motivate them to improve as well.

“I couldn’t be happier with this weekend, and it’s great to leave Tassie with the round win.”

Round 4 of the Repco Supercars Championship will take place at The Bend Motorsport Park on May 8-9.