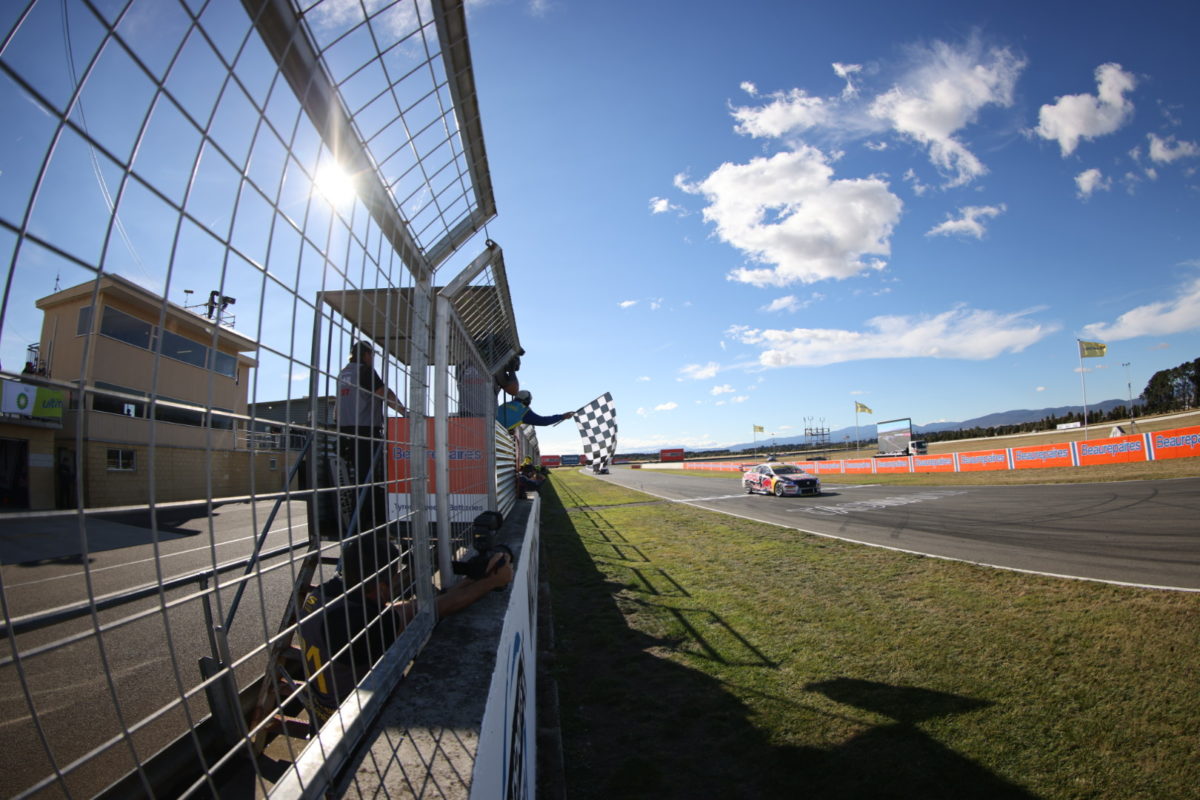 Jamie Whincup is treating every race win like his last as a retirement at least from full-time driving looms at season’s end.

Whincup is in the midst of a transition into the team principal role at Triple Eight Race Engineering, with no word yet on whether he might contest Supercars’ two-driver events, or any other competition, next year.

Victory in the latest encounter at the Beaurepaires Tasmania SuperSprint was his 123rd in the Repco Supercars Championship, ending a 17-race dry spell dating back to last year’s first Townsville event.

“I don’t know how many I can achieve this year because the competition is so strong.

“The young blokes these days are seriously up it, they dedicate their whole lives to it and they’re doing a good job.

“I’m just trying to be there and grab the pieces when they present themselves.”

The seven-time champion is not only a race car driver and team boss in waiting at Triple Eight, but also sits on the Supercars Commission and runs his own business.

He admitted that the various hats he wears outside the race car are causing distractions, but is determined to end a stellar driving career in fitting fashion.

“There’s been a difficult part of it because I’ve got so much else going on; there’s a lot of distractions,” conceded Whincup.

“But, I seriously want to go out strong; I reckon I’ll regret it in five, 10 years’ time if I have an ordinary final season.

“So, I’ve actually worked a lot on my driving, and I owe it to these guys and girls [Triple Eight crew], they allow me to drive the car to the best of my ability.

“I’m feeling good, I didn’t know if I could get a win this year but [it is] certainly nice to have one.”

Whincup and Cameron Waters banged together down the back straight as the former made the pass for the effective lead in Race 7 of the season at Symmons Plains.

Already a shareholder at Triple Eight, since 2018, he laughed about his concern over the potential damage bill in such incidents.

“I’m not big on the old banging down the straights because the wheels hang out and wheel nuts can tangle and it can all go pear-shaped,” explained Whincup.

“Cam likes a bit of that action so I was expecting it [and] we banged doors down the straights.

“The difference is, I’ve got to buy a new door for that car where Cam doesn’t worry about it; it’s somebody else’s problem.”

Waters had led from the start until he pitted on Lap 13 at which time Whincup was right behind the Tickford Mustang.

The man in #88, who led home Shane van Gisbergen in a Red Bull Ampol Racing one-two, said that he lost ground due to a late call to press on when Waters peeled into the lane.

“I thought SVG was going to dominate the whole thing, but nice to get a win; both cars are clearly very, very strong [and] good with tyre life,” reported Whincup.

“The strategy, we almost tripped over Cam. They called me in the lap that he came in and I made a call to stay out.

“I probably cost myself a second which meant we didn’t get him at the stop, but the car was strong and we were able to make the pass.”

Whincup now trails van Gisbergen by 145 points at the pointy end of the championship, with those two sixth and seventh on the grid respectively when Race 8 gets underway at 16:25 local time/AEST.