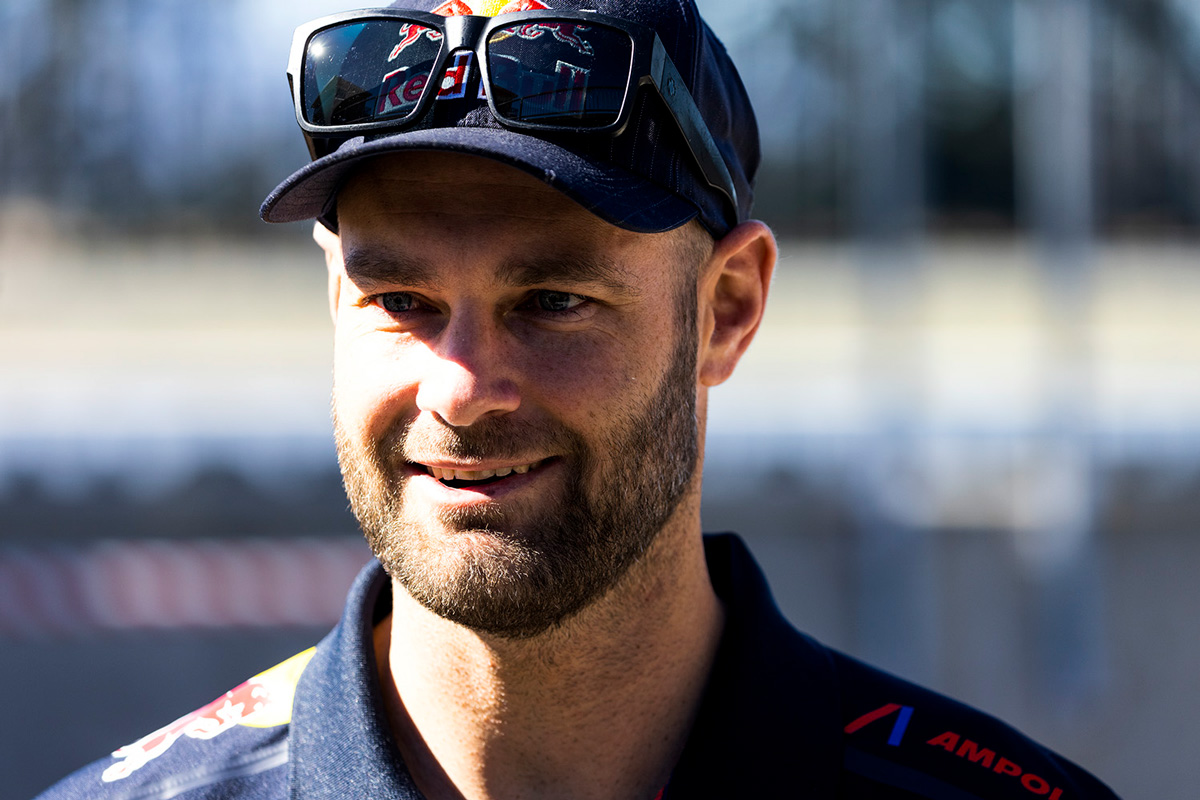 Waters came out all guns blazing last night, calling on the category to investigate the matter after Red Bull Ampol Racing’s van Gisbergen took his sixth straight win to start the season.

Parity was a hot topic in 2019 when Scott McLaughlin delivered a record-breaking campaign in his DJR Team Penske Mustang, with several tweaks being made to the Holden, Nissan and Ford models in a bid to get them on par.

The tables have now turned, with Holden accused of having the advantage.

Van Gisbergen was calm this morning when nudged on the matter.

“I don’t know, I hate that kind of thing, but you don’t have to go far back to look at Bathurst,” he said on a Supercars live Facebook segment, in response to Waters’ words.

“We were probably lucky to win those races, like he was the fastest car across the top of the hill where downforce matters, and these tracks (Sandown and Symmons Plains) are really good for us.

“I think when we get to Tailem Bend we’ll have some troubles, they’ll be fast.

“And he forgets they had the engine thing last year which didn’t get reported and we’re the ones that have been down for a year.

“It’s hard to think logically when you’re emotional about it, I’ve been through it before.”

Van Gisbergen sits atop the standings with a 153-point buffer from team-mate Jamie Whincup, with Waters the highest placed Ford driver in fourth overall.

The #97 driver believes today’s two races at the Beaurepaires Tasmania SuperSprint could be a challenge given his tyre situation.

“I’m in a bit of trouble,” van Gisbergen admitted.

“I did some big handbrakes after the race and we have to warm the car in qualifying with those ones so that’s not good, but otherwise we’re in a pretty similar situation – we have to reuse two, but not sure which ones yet or how it will work.

“We’ve got team briefing soon, we’ll work that out but see how we go.”

Both races will involve 44 laps of the Symmons Plains circuit.