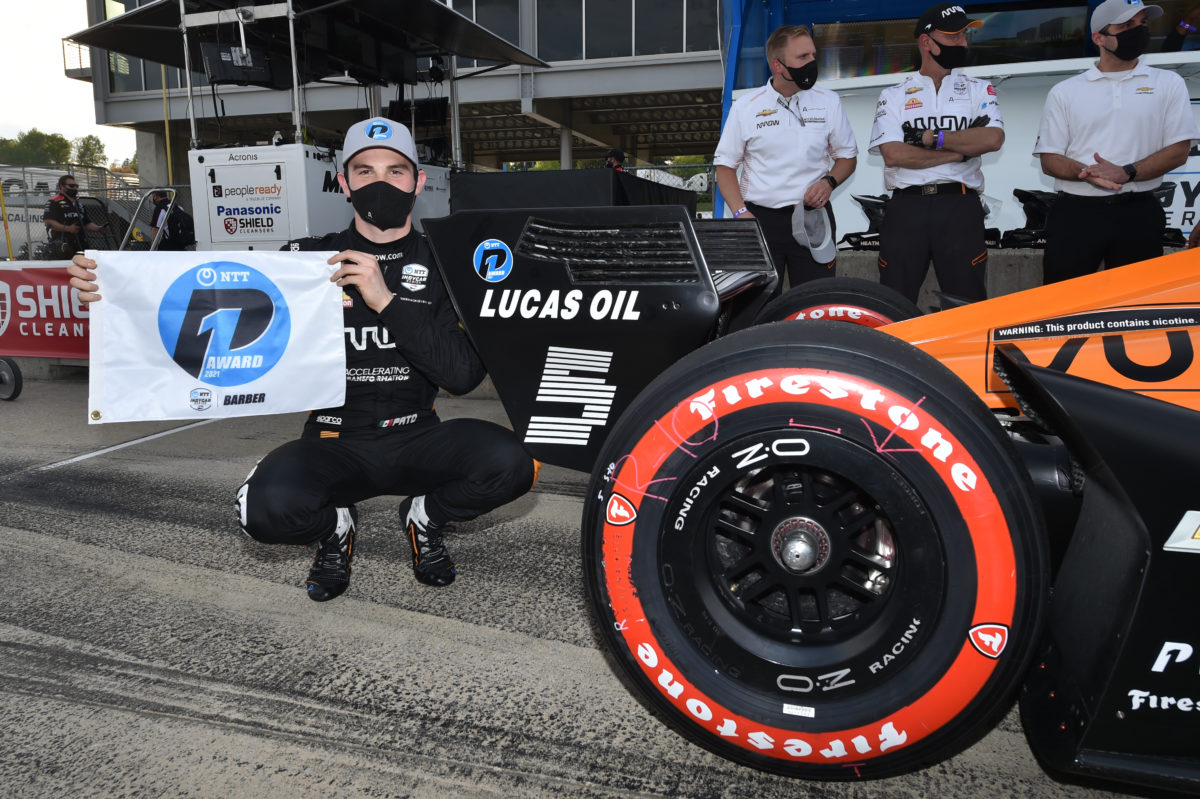 Team Penske’s McLaughlin progressed out of the first group of qualifying on a 1:06.4552s, enough to put him fourth in that session, half a second off the pace of the front-runners.

However, the Kiwi used up both brand-new sets of his red soft compound tyres in the first phase to advance and had to use the harder black compound on his Chevrolet in the next session.

McLaughlin wound up 12th on a 1:06.7226s and will start from Row 6 ahead of his first full season in IndyCar, while the top six cars from Qualifying Round 2 progressed to the final phase, known as the Fast Six.

In that decisive session, O’Ward set a best qualifying time of 1:05.8479s to beat Alexander Rossi to pole by less than a tenth of a second.

The pair were the only drivers in the 1:05s, with Alex Palou in third setting a best effort of 1:06.0538s in his Chip Ganassi Racing Honda.

Best of the Team Penske cars was Will Power in fourth ahead of Chip Ganassi’s last year’s series winner, Scott Dixon, who will line up fifth, followed by team-mate Marcus Ericsson in sixth.

Ex-Formula 1 driver Romain Grosjean of Dale Coyne Racing/RWR-Honda narrowly missed out on a berth in the Fast Six by 0.06s and will start seventh, alongside Josef Newgarden.

IndyCar rookie, yet ironically a seven-time NASCAR Cup Series champion, Jimmie Johnson was knocked out in Group 1 along with Simon Pagenaud and Ryan Hunter-Reay.

All three will start down the order from 21st, 15th, and 17th respectively.

James Hinchcliffe brought out a red flag in the second group of qualifying after locking up in the downhill braking zone of Turn 5 and nosing it into the barrier.

That wasn’t the only red flag in Group 2, with McLaren SP’s Felix Rosenqvist spinning into the gravel in the closing stages and ultimately leading to his elimination from qualifying.

The Honda Indy GP of Alabama is scheduled to begin at 05:30 AEST on Monday.