Lando Norris has admitted that he was surprised to lose his final flying lap in qualifying for the Formula 1 Emilia Romagna Grand Prix.

The McLaren driver set the timing screens alight late in the session with fastest sectors in the first two splits.

He ended the lap less than a tenth down on eventual pole winner Lewis Hamilton, Norris’ time good enough to have left him third on the grid.

However, soon after he completed the lap the time was deleted after it was deemed he’d exceeded track limits at Piratella.

“It came as a bit of a surprise,” Norris admitted.

“It wasn’t too different to the laps I did previously. I think I was always close to the limit, so it came as a surprise.

“The reason I think that is because all my other laps were very close, and were very similar, obviously just a few centimetres further left.

“But when you’re driving the car, you don’t really feel this couple of centimetres all the time.”

Speaking to television after the session, the 21-year-old suggested he’d let the team down with the transgression that will ultimately see him start seventh for Sunday’s race.

“I still agree with what I said,” he confirmed when asked about those comments.

“There were there were a lot of positives from the session that actually could have been P3.

“I think it’s a huge positive for us just how the whole of qualifying went, I think was very strong.

“It wasn’t just Turn 9 which was a good corner, the rest of the lap was also very good; you know sector one was strong, the rest of sector two, sector three we’ve struggled a little bit all weekend.

“It’s not an easy track to overtake on, so of course I agree with the comment that I made, because that was exactly what I did [let the team down].” 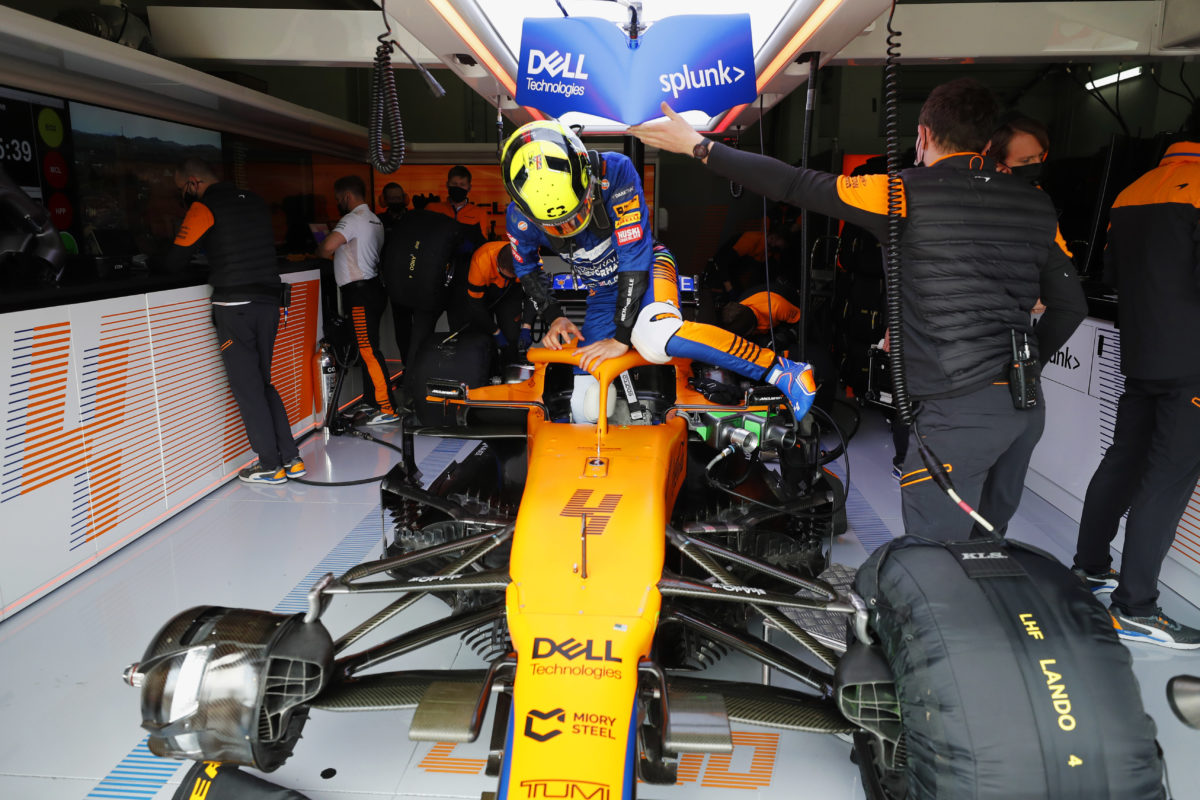 Heading into the weekend officials confirmed they would be looking at track limits at three corners.

The exit of Piratella was one of those, as was the the apex kerb exiting Acque Minerali, though race director Michael Masi has changed his stance on that corner.

Further around the lap, the Variante Alta is somewhat naturally policing as exceeding track limits tends to see cars wider than the ideal line.

It leaves Piratella as the only realistic location where drivers can exceed track limits and gain an advantage.

“The faster corner the trickier it is,” Norris said when asked how difficult it was to judge track limits at the fast left-hander.

“It’s quite a narrow track, so you’re committing to your turn in; it’s not like you can start to edge in and have a few attempts at it.

“It’s quite a big inside kerb so you don’t have much room to kind of play with the inside kerb,” he added.

“You’re on a particular line and [if] you just go a little bit quicker then you can end up a couple centimetres wider.

“It’s a very difficult corner, it’s a little bit blind in the middle, you can’t see the whole exit of the corner the whole time.

“On this track, it’s probably one of the hardest to judge exactly where you’re going to end up, but it probably looks easy from the outside.”

With his fastest time deleted, Norris’ next best Q3 lap left him seventh on the grid.