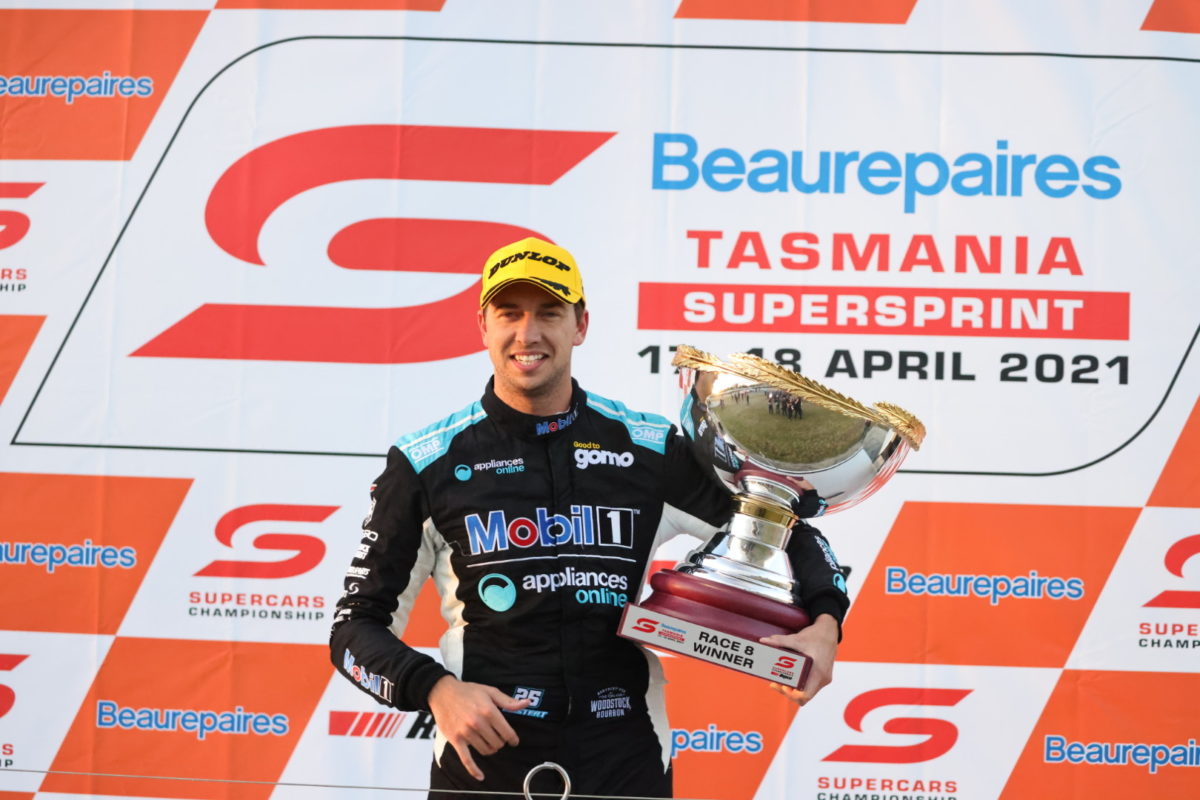 Chaz Mostert has revealed following a breakthrough victory for Walkinshaw Andretti United that he started to believe he might not win again.

Mostert and WAU shared glory for the first time in Race 8 of the 2021 Repco Supercars Championship at Symmons Plains in a dominant display.

The 29-year-old had not tasted a victory until all way the back in Event 2 of the 2019 season, his last with long-time employer Tickford Racing, at Albert Park.

He had come close on a handful of occasions since, including when he led by four seconds at one point in last month’s weekend opener at Sandown before slumping to sixth at the chequered flag.

On that occasion, Mostert admitted he felt “defeated”, but the mood was very different at the end of the Beaurepaires Tasmania SuperSprint.

“Look it’s been a long time for the first place for me personally,” he said just after exiting the #25 ZB Commodore.

“[I was] Starting to believe I couldn’t do it for a long time.

“Super stoked for the team, we were there or thereabouts on pace all weekend but that car in that last race was a lot of fun with clear air.

“Thanks to the WAU guys, this Mobil 1 Appliances online rocket, I’m so happy just to get that win, get the monkey off our back for the team.”

Mostert had finished fourth in Saturday’s affair at Symmons Plains, and sixth earlier in the day.

“We obviously struggled a bit in Race 1 and 2 [of the weekend] with the tyres and stuff but we ran a different tyre strategy in that last one,” he explained.

“I think we might have missed the mark in that first race.

“Car balance was really good coming in and taking those two tyres and was obviously pretty pacey at the front.”

For WAU, the win is its first since the 2018 Australian Grand Prix, when Scott Pye prevailed in extremely challenging conditions.