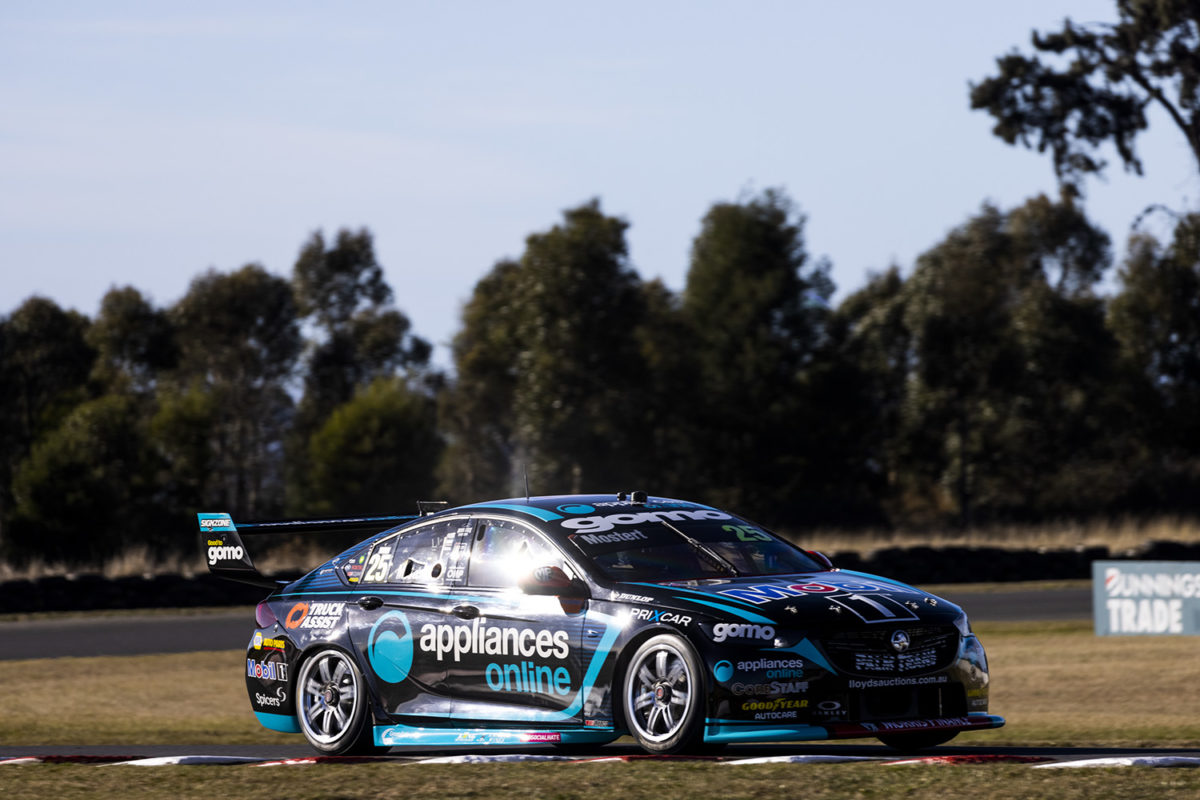 Chaz Mostert has taken his first victory with Walkinshaw Andretti United, in Race 8 of the Repco Supercars Championship at the Beaurepaires Tasmania SuperSprint.

Mostert effectively led all 44 laps of the weekend’s final encounter at Symmons Plains while, 10 seconds further back, Dick Johnson Racing duo Anton De Pasquale and Will Davison rounded out the podium.

With that, van Gisbergen’s championship lead over Whincup has fallen slightly again to 139 points, while Mostert consolidates third in the title race.

The latter had qualified second and, on the clean side of the track, nailed the start in his #25 Mobil 1 Appliances Online ZB Commodore.

Davison (#17 Shell V-Power Mustang) also went past the Matt Stone Racing pilot when they got to the Hairpin, while van Gisbergen (#97 Red Bull Ampol ZB Commodore) got by David Reynolds (#26 Penrite Mustang) on the run up the back straight on Lap 1 to take up seventh position.

That put him just behind Whincup (#88 Red Bull Ampol ZB Commodore), who van Gisbergen dived at on Lap 5 at the Hairpin and out-dragged Car #88 up the back straight.

He was catching Goddard when Triple Eight called #97 into the pits on Lap 8, before Davison and Whincup took their service on the following lap.

Both got out ahead of van Gisbergen, while Waters had drifted to around 1.1s behind Mostert when he and De Pasquale pitted from second and third respectively on Lap 10.

Goddard was into the lane from a nominal second position on Lap 12, rejoining the race track behind van Gisbergen in an effective seventh.

Mostert was catching traffic when he ceded the lead to take his compulsory pit stop on Lap 13 and resumed with about 2.5s on Waters.

That was the effective top two, followed by De Pasquale, Davison, Whincup, van Gisbergen, and Goddard, with a touch over 30 laps remaining.

While Goddard copped a hit from Reynolds at the Hairpin on Lap 21, and Davison had a nervous moment when he touched the dirt there on Lap 29, barely holding out Whincup as he gathered it up, the front-runners remained in the same order.

That was until Whincup let van Gisbergen go past on the back straight on Lap 38, while Mostert had gapped the field to the tune of 10 seconds after 40 laps.

By then, it became clear that Waters was holding up the DJR and Triple Eight cars, with De Pasquale blazing past the #6 Mustang on Lap 42 as they ran towards Turn 6.

Davison did much the same a lap later, consigning Waters to fourth at the chequered flag, while the Triple Eight drivers swapped positions back right at the end.

Up the road, the official margin of victory was 10.2002s, with Mostert scooping a full 105 championship points having also set the fastest lap.

Nick Percat once again made big gains relative to where he started, hauling the #8 R&J Batteries ZB Commodore all the way to 10th from 20th on the grid.

Next up is the OTR SuperSprint at The Bend on May 8-9.