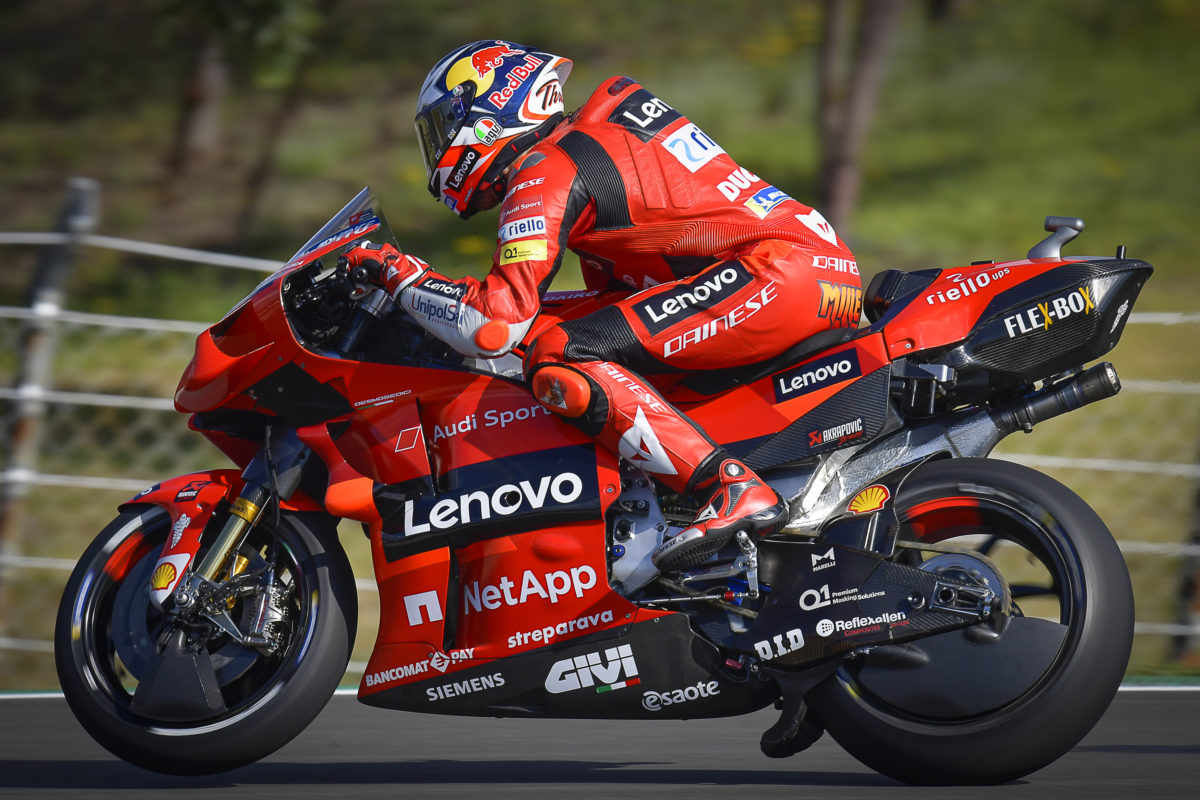 Jack Miller has gone fastest in the warm up session at the Portuguese MotoGP, during which his Ducati caught fire.

The Australian’s 1:39.721s was best of the final hit-out before the 25-lap race at Portimao, by a margin of 0.080s over pole-sitter Fabio Quartararo (Monster Energy Yamaha).

However, the Ducati Lenovo Team also had to attend to a small fire near the rear of Miller’s bike, similar to that which affected Pramac Racing’s Johann Zarco in Friday practice.

He was quickly sent on his way and subsequently clocked the fastest lap of the session.

Miller qualified fourth for tonight’s grand prix, which kicks off at 22:00 AEST.

Takaaki Nakagami (Idemitsu LCR Honda) rode in the warm up but is still considered doubtful for the race given the discomfort he appeared to be suffering after a crash on Friday.