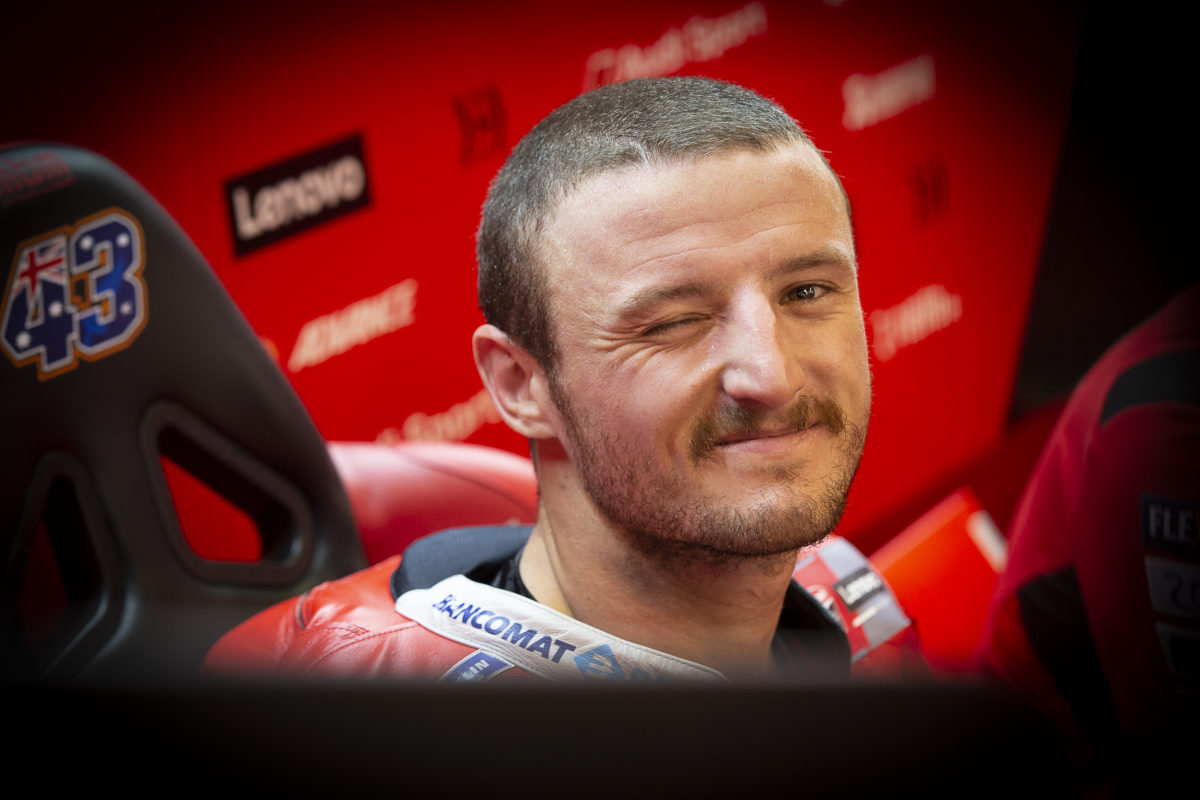 Jack Miller is confident about a good result in the Portuguese MotoGP despite his frustration at being able to piece a whole lap together in qualifying.

Miller is set to start from fourth at Portimao, which hosts Round 3 of the season, after finishes of ninth in each of the first two rounds in Qatar.

While Sector 4 has not been kind to the Ducatis in general, the Australian found that he has good long run pace from his running in Free Practice 4.

“I just wasn’t able to put everything together today,” he admitted.

“Here is such a particular track and, to be honest, in the first three sectors we are one of the fastest.

“It’s just trying to get that last sector correct, with all the Ducatis, you know? Not only myself but Johann [Zarco, Pramac Racing] and also Pecco [Francesco Bagnaia, Ducati Lenovo team-mate].

“Just trying to get it right in the last corner is difficult. We maybe lose a little bit of time to, let’s say, the Yamahas and company there, so we need to work on that for the lap time.

“But in terms of race pace, I feel good on the race pace, I was able to punch out sort of 17 laps in FP4 and the pace was there. I rode around with a bit of margin, but we’ll see.

“I feel comfortable, I feel the best I’ve felt all year, so we’ll just have to wait and see.”

Bagnaia would have been set to take up pole for Sunday’s 25-lap race after smashing the all time lap record at Portimao, only to automatically lose it because it was set with yellow flags out for a Miguel Oliveira crash.

The Italian was therefore relegated all the way back to 11th, but has a somewhat similar take to Miller about his prospects.

“The good thing is today I did the pole position,” laughed Bagnaia about his 1:38.494s, almost four tenths faster than the official pole time.

“Everything is good, we are working very well this weekend. I feel very good with my bike, everything is easy for me in this track, so this is the most important thing.

“In FP4 and FP3, my pace was really strong; in FP4, most of all, because I was on a used tyre from the morning, and I did my best lap time in my last lap, so with 25 laps on the tyres, so this is very good.” 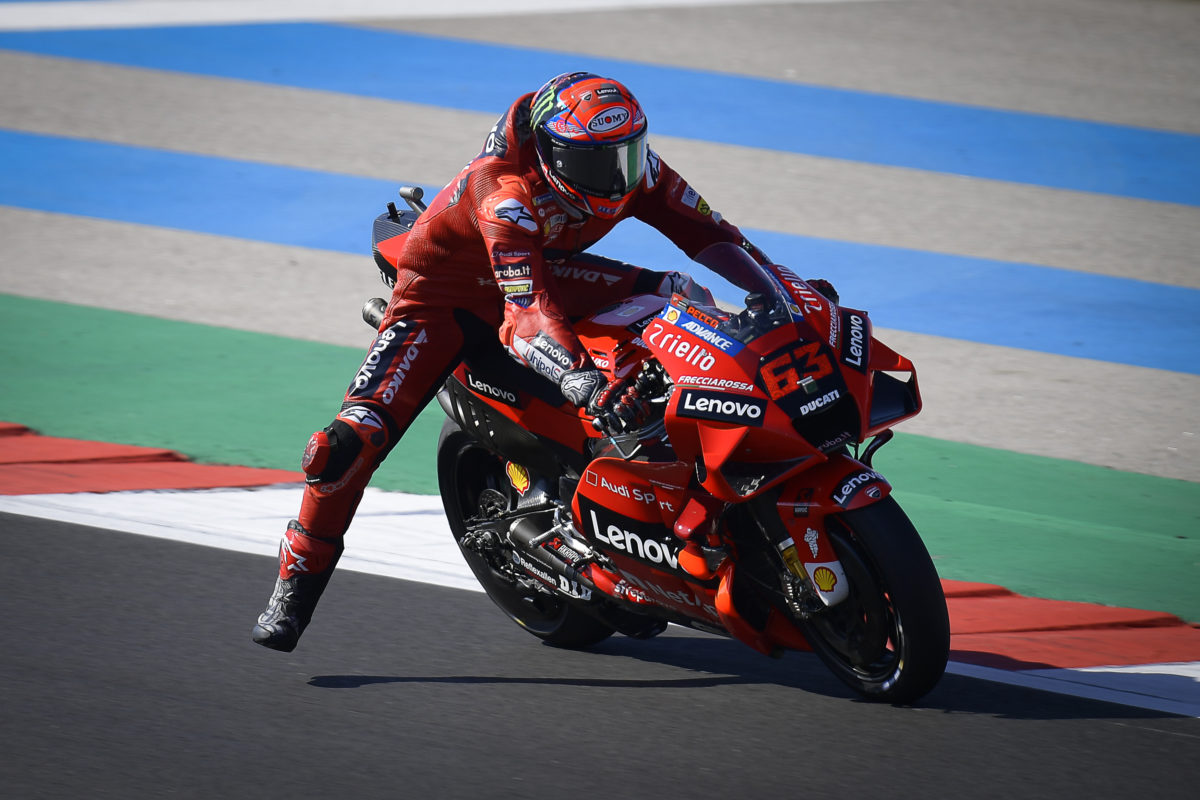 The 24-year-old claimed he did not see the yellow flag which cost him pole, having lost an earlier lap for the same reason, due to his lean angle.

Nevertheless, there has been no discretion on such matters since a rule change took effect at Round 2 last year.

“I take the pole position but in a lap where there was an exposed yellow flag,” recounted Bagnaia.

“But the problem is, there is a downhill there and the yellow flag was in the right side and I was already leaning in the left side, and it was impossible to see it.

“Luca Marini was behind me and said to me the same, that it was not clear, the yellow flag, because he also didn’t see it.

“But in any case, we are strong. We will start in P11 because both laps were cancelled today for me, for two yellow flags, and nothing.

“I will try to do the best in the first part of the race to recover max[imum] position I can, and try to set a pace that is strong.

There will be one Ducati entry missing for the remainder of the weekend with Pramac’s Jorge Martin to undergo separate operations, one on the metacarpus in his right hand and another on his medial malleolus in his right foot, in coming days after a monster crash in Free Practice 3.