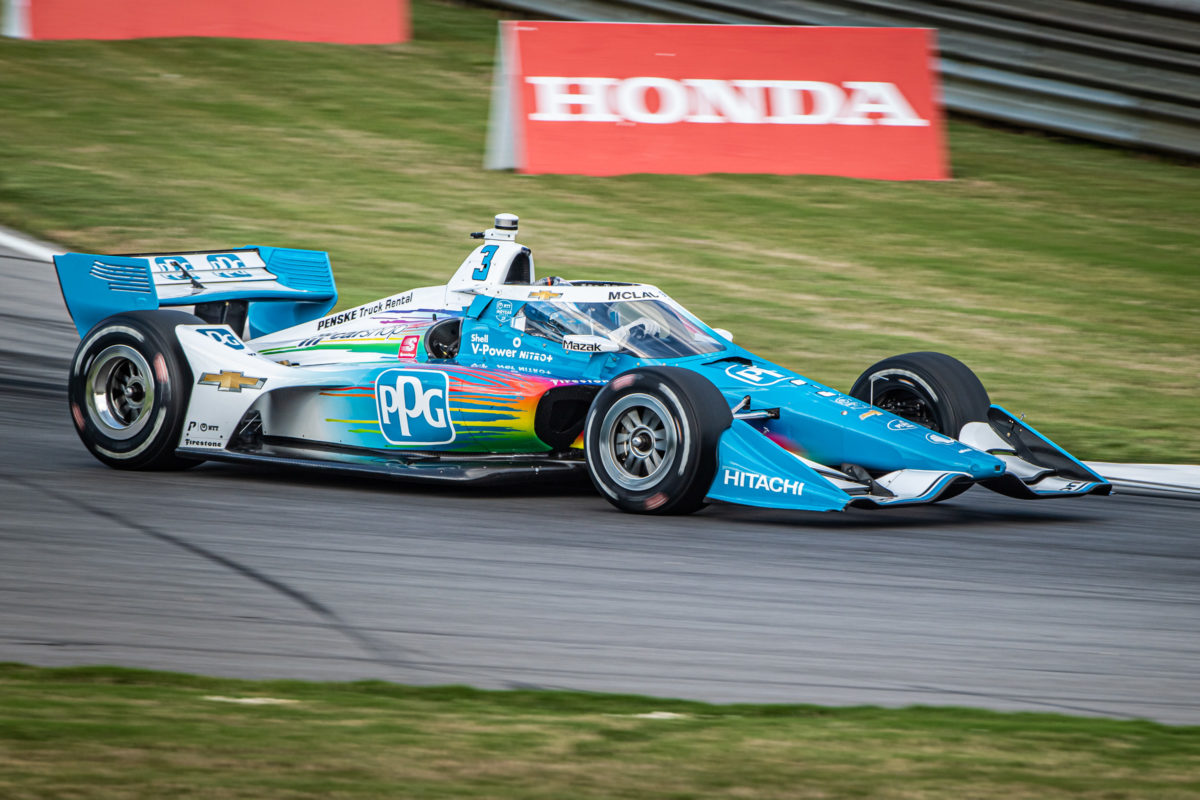 Scott McLaughlin says he is already ticking boxes in the personal goal department after taking part in qualifying for the first time as a full-season driver in the IndyCar Series.

McLaughlin’s long wait to steer an IndyCar in anger during a qualifying session this year finally came to an end on Saturday (local time) at Barber Motorsports Park, after months of testing.

The grid was set for the season-opening Honda Indy GP of Alabama, with McLaughlin putting his Team Penske Chevrolet 12th on the grid, the second-best rookie driver.

However, the Kiwi’s shining moment came in the first part of qualifying where he was able to progress into the second phase, known as the fast 12, thanks to a spirited lap.

Electing to use both brand-new sets of his red soft compound tyres in the first phase to advance, McLaughlin was slightly disadvantaged for the next component of qualifying and had to settle for the best he could on the harder compound.

That was in fact a 1:06.7226s, placing him on Row 6, but the three-time Supercars champion had plenty of positives to draw on.

“My goal is complete: I wanted to achieve Q2, I wanted to be in Qualifying 2 which is the top 12, the fastest 12,” McLaughlin said.

“The best part about that is our pit box for next week will move, so it will be in a better position.

“So we’ll move to the 12th box back from the front for the St Petersburg race, which is just good overall.

“They don’t go off teams’ championship here [for Round 1 pit box order] it’s purely off the championship from the year before in terms of the drivers.

“For me to get that is one goal achieved, but overall for the day, really happy.”

Perhaps one saving grace is that McLaughlin has tested at Barber Motorsports Park before and is somewhat familiar with the 3.83km layout compared to some tracks on the calendar.

“I’ve been here before so it’s nice to come to a track that I know; still got a lot to learn but really stoked for the first day,” he added.

“The Q1 lap was a really exhilarating lap; the grip was up, the Gs were up, I think we were popping like 5G around the long sweeping right-hander around the timing line. It’s crazy.

“Missing everyone back home, I know I have a lot of fans back home and I’m cheering on my friends at Shell V-Power Racing today at Symmons Plains, I know you’re there and I’m keeping up with every second.”

The 2021 IndyCar Series curtain-raiser is set to take place on Monday at 0530 AEST.