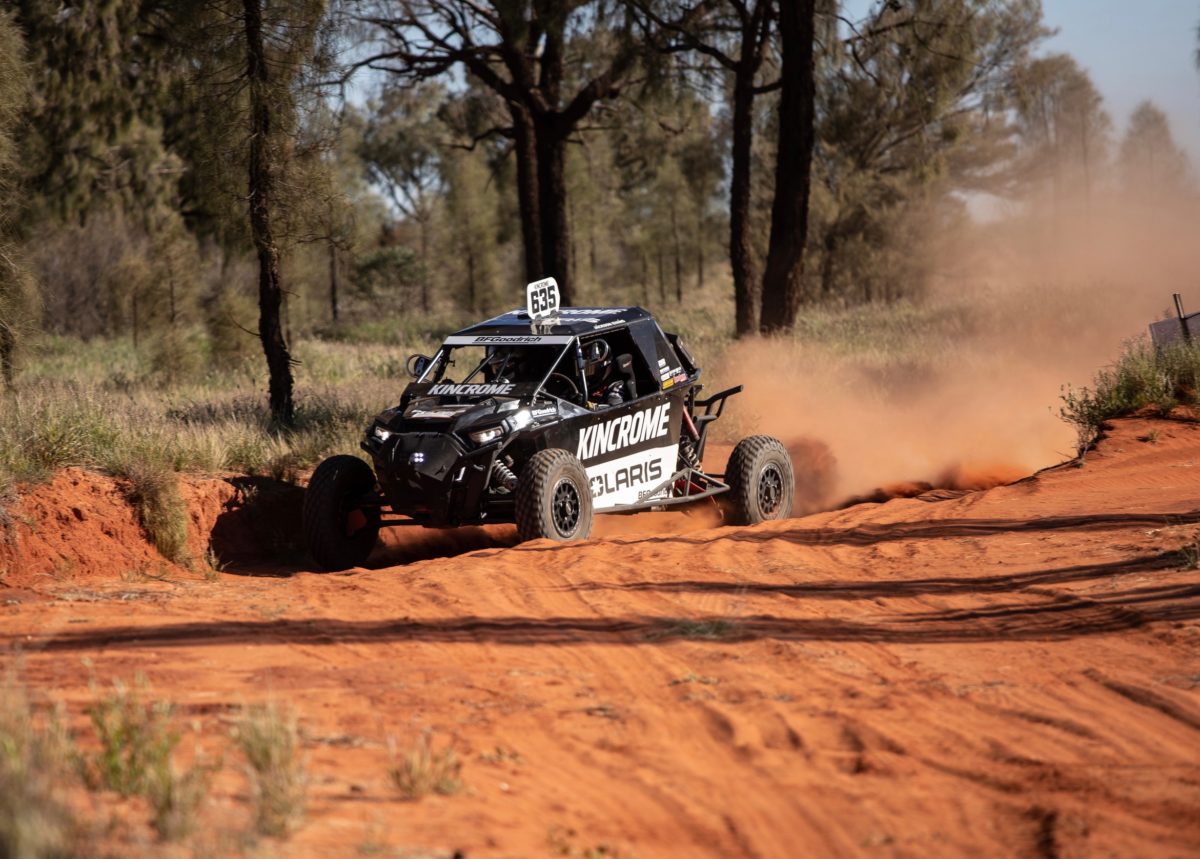 Defending Kincrome Motorsport Australia SXS champion Jackson Evans has put himself in contention for back-to-back titles after a dominating performance in Round 2 of the 2021 championship at Alice Springs.

Evans set up his round victory with an impressive run in the opening six-lap race when he and relief co-driver Sam Raper created a lead of more than seven minutes over Kincrome Racing teammates Simon Evans and Max O’Brien.

Jackson could afford to be a little more conservative in the second heat, but still managed to increase his overall advantage by a couple of minutes.

Stephen Henry and Steve Walton were fourth with a combined time of 2:25.31 and Chris Collins and Erika Savage were fifth outright in their Kincrome-backed AUZRZR Motorsport entry with a time of 2:28.38.

“It is a really good feeling to finally get all the pieces together and have a solid and clean round,” said Jackson.

“We have shown the speed at every event we have been at this year, but we couldn’t get the monkey off our back.

“That all changed this weekend and it was great to get my first big Kincrome spanner as the event winner.

‘It is important for us to use this event as a springboard for the remainder of the year and keep focused on winning back-to-back Kincrome SXS championships.” 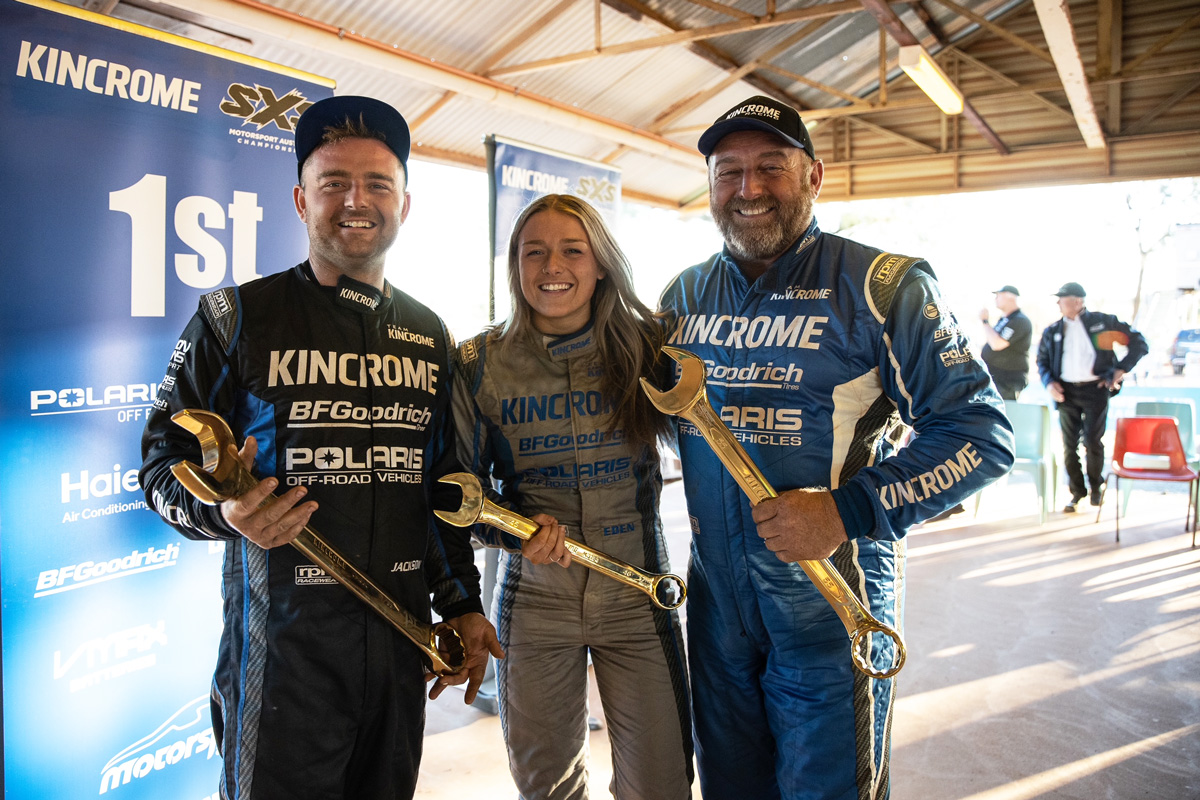 Jackson, Eden and Simon Evans with their trophies in Alice Spring

Simon was in two minds about his son’s victory.

“Jackson did a terrific job in both heats, but it was always going to be tough to peg back his lead after the first race,” said Simon.

“It is a proud day when you get beaten by your son, it doesn’t mean I enjoyed it, but better him in front of me than anyone else.

“Eden (Daughter) had her first rollover, but she dusted herself off and got back out there and had a real crack which is all you can ask.

“It is great to have everything back on track from a Kincrome Racing perspective and we cannot wait for the next round in Queensland next month.”

Jackson won the 2019 SXS championship, but was unable to defend his crowd last year because of COVID.

He now leads the championship with 194 points ahead of Henry and Finck, both on 192 and Simon who sits fourth outright on 186 points, just four ahead of Collins, 182.

Jackson’s wife and regular co-driver Claudia will be back for the next round of the championship at Kooralbyn in Queensland on May 15.