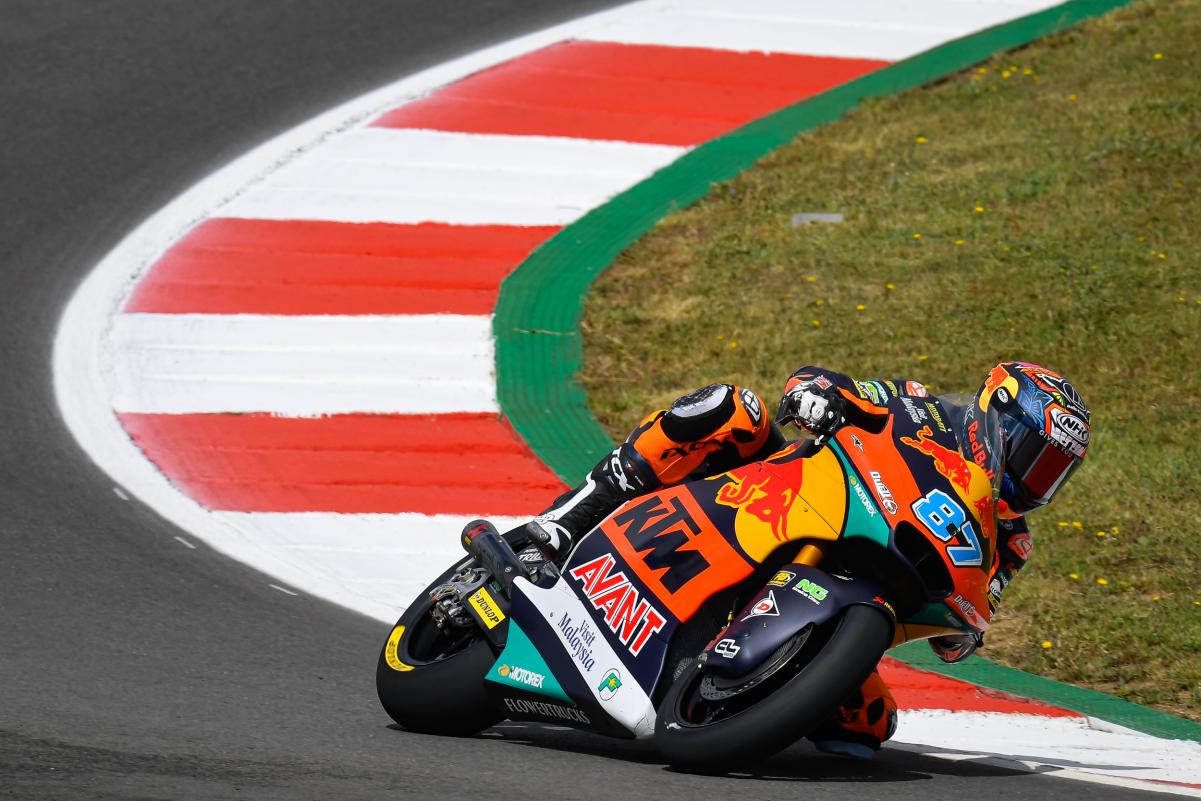 Remy Gardner is satisfied to have earned a front row start for the Portuguese Moto2 Grand Prix.

Gardner qualified second to Sam Lowes for the second round in a row, missing out on pole this time around by just 0.023s.

Gardner, whose best lap came on his third flyer, was not so happy with the changes made to his Red Bull KTM Ajo entry but has his eyes on the bigger picture.

“We achieved a good result and we saw that we have the pace,” said the 23-year-old.

“Qualifying was quite different from the morning’s Free Practice session. We changed some aspects of the bike that didn’t end up working as expected.

“However, I am happy with this second place on the grid for tomorrow.

“The important thing is the race, so we will do our best to get a great position. I’m satisfied and I enjoyed riding at this track so far.”

Gardner got his first grand prix win when Portimao hosted last year’s finale, and has finished second to Lowes in each of the two races held so far in 2021, both at Losail.

Race start is scheduled for 23:30 AEST, after MotoGP, with 23 laps the journey.