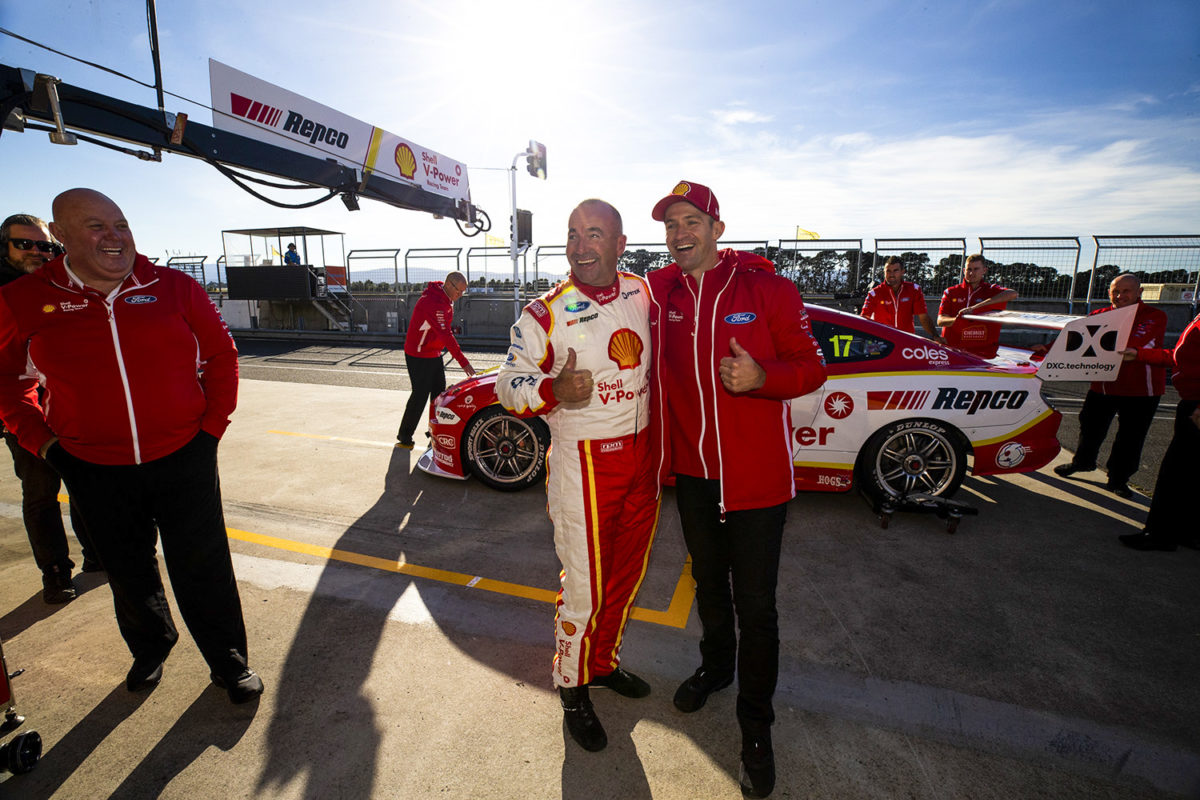 Marcos Ambrose (left) with Will Davison

Marcos Ambrose has cut his first laps in a Supercar since the 2015 Gold Coast 600, hailing the current generation car a “beautiful machine”.

A last-minute addition to the Supercars broadcast team at the Beaurepaires Tasmania SuperSprint, DJR offered Ambrose an opportunity to drive Will Davison’s #17 Ford Mustang.

“I got roped into the TV gig here on Wednesday, they gave me a call saying, ‘Hey, can you help out?’ So I said ‘sure’,” Ambrose told Speedcafe.com.

“And then I got here and about an hour into it they said, ‘How about you drive a car?’ Not thinking that they’d actually get the job done because I’ve got no CAMS licence, no track organised, no seats or anything. I didn’t even have a helmet.

“Anyway, it came together, the stars aligned, and here we are. I just went out and did five laps in a current generation Supercar.” 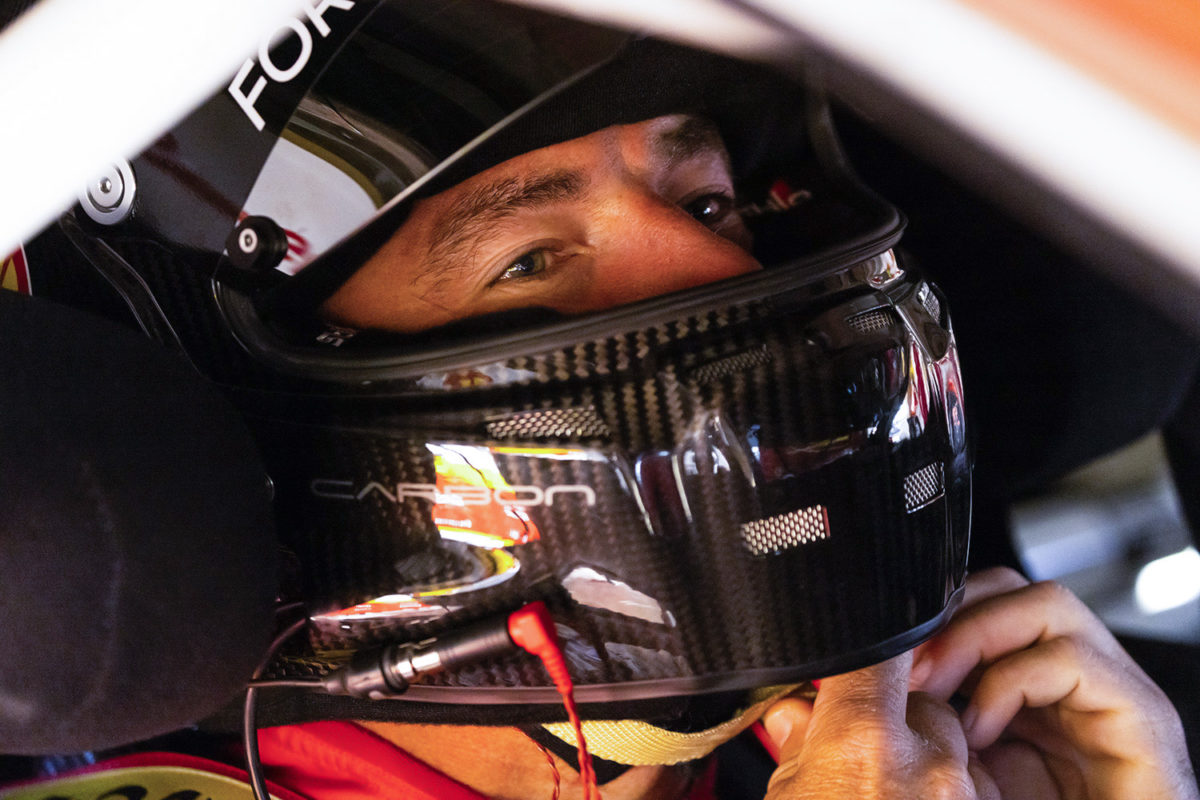 The last Supercars that Ambrose drove was a Ford FG Falcon, also with Dick Johnson Racing.

The 44-year-old relished the chance to drive a late model Gen2 specification car.

“They’re beautiful machines. Of course they are. They’re Australia’s premier category,” he said.

“Everything is smooth, works really well, heaps of grip, heaps of brakes, heaps of power. It was just a lot of fun to acquaint myself with a car.

“Everything has changed but it’s all the same. The basics are still there. They’re still a Supercar, but the refinement is better.

“My early cars in V8 Supercars were pretty clunky machines made out of steel. As they’ve refined these cars, year after year, everything feels just a bit nicer.

“The car feels really sporty. Everything is purpose-built and very nice. Ambrose chats with Davison in the DJR garage