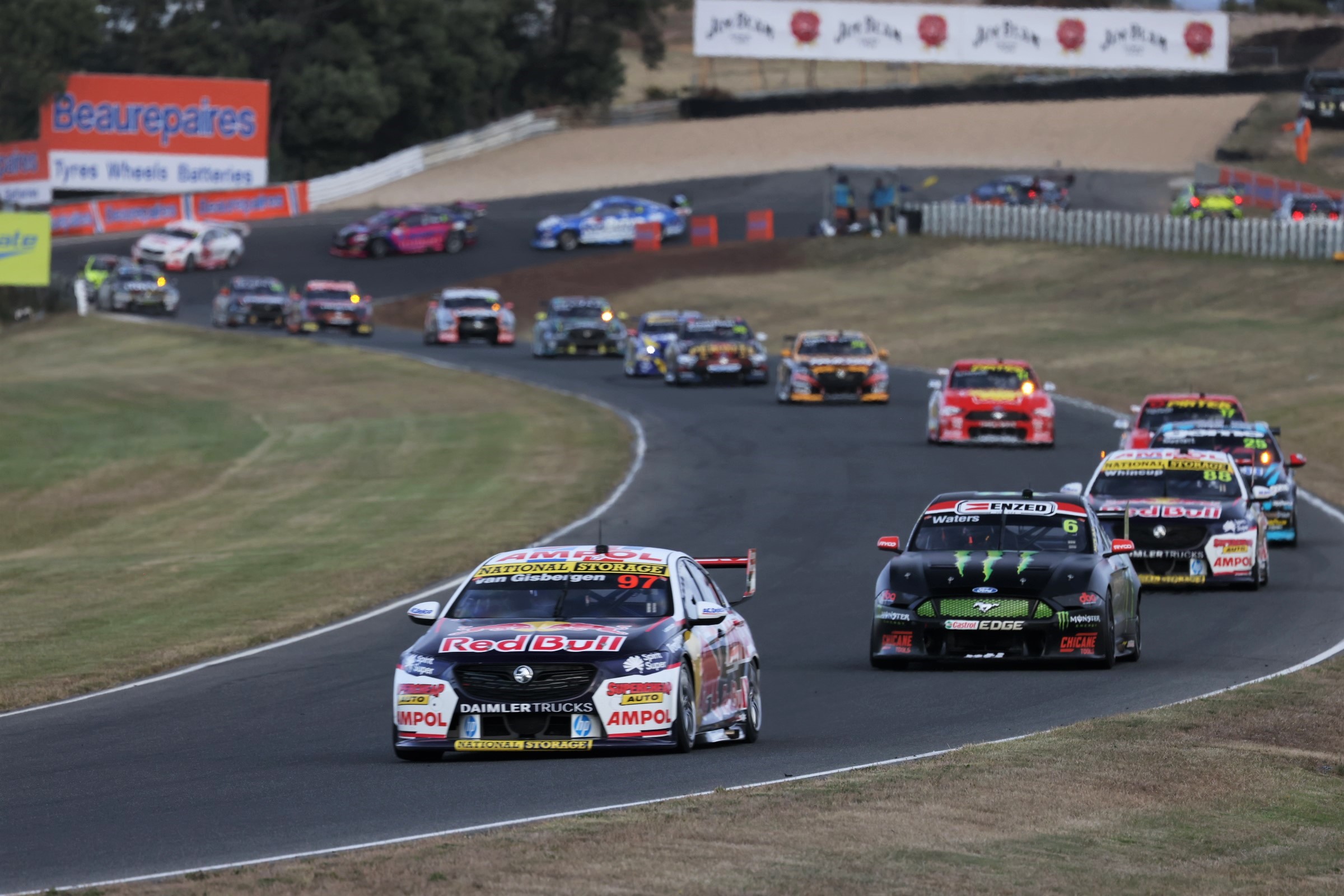 Waters trails van Gisbergen in Race 6 at the Tasmania SuperSprint

The calls follow the Red Bull Ampol Racing driver’s sixth win in as many starts this year, the latest being achieved at the Beaurepaires Tasmania SuperSprint.

Waters was fastest in Practice 1 and Practice 2 at Symmons Plains International Raceway, but fell short of pole position for Race 6 of the year.

Van Gisbergen, who took pole by 0.3325s, was slow away initially in the 44-lap race and fell to third on Lap 1 while Waters went to the lead. However, van Gisbergen quickly climbed his way back to the front.

Waters, meanwhile, couldn’t keep up and eventually fell to sixth, 13 seconds off of the lead.

Speaking after the opening race of the Tasmania SuperSprint, the Tickford Racing driver said he was “not in the same race” as his Holden Commodore rivals.

“They’re just playing with us really. Even the other Commodores.”

“Days like today you just kind of have to take your points,” he added.

“For me, I don’t think it’s a Tickford Tasmania thing. I think we’re a lot stronger than that now. For me, I think it’s more of a downforce thing.” 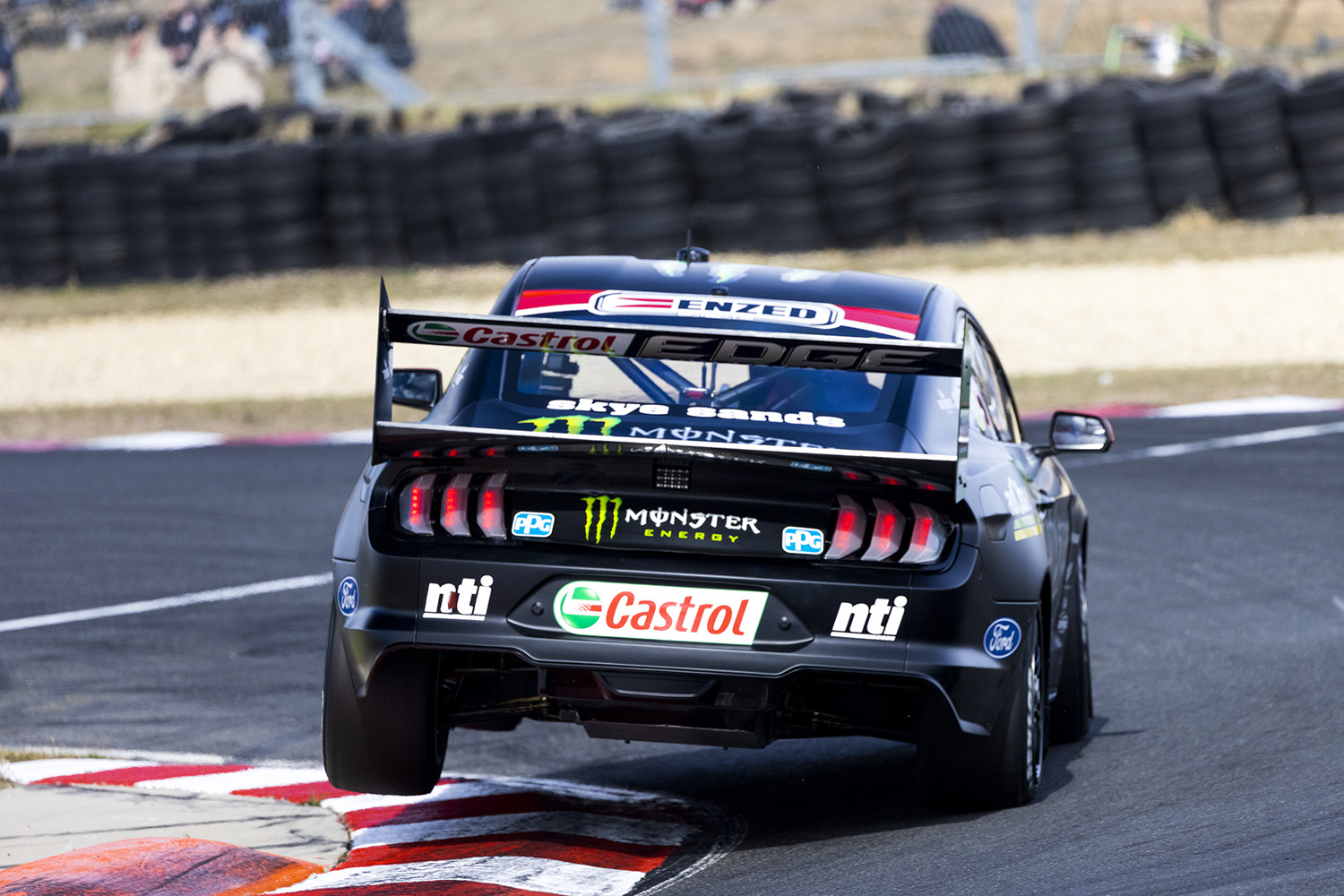 Waters noted van Gisbergen’s pass to take back the lead early on in proceedings as a sticking point.

The 26-year-old’s decision not to defend the pass was noted by Supercars commentator Mark Skaife, who said Waters should have blocked harder.

However, the Mildura-born driver said he thought van Gisbergen was never in a position to pass.

“I would have [defended], but I thought he was far enough back to not be able to lunge me,” he explained.

“He kind of caught me off guard a little it. Then when he was far enough up the inside, I thought, ‘there’s no way he’s going to pull that up’ because I wouldn’t be able to do that, my car isn’t possible with that.

“Anyway, he pulled it up and yeah, just drove off into the distance. I thought I had saved a fair bit of tyre and, yeah, like I said, just not in the same race at the moment.”

It mirrors similar success seen in GT World Challenge Australia, the recent Bathurst 6 Hour, and his stint at home where he won the New Zealand Grand Prix.

The “purple patch” has been lauded by some, though Waters said the Kiwi is advantaged by his package.

Asked what differences he noted between his Ford Mustang and the Holden Commodore, Waters replied, “It’s just making so much grip everywhere.

“If we try and target what their car is doing strong, we’d have other issues.

“We’ve got a pretty good team with a lot of experience around us. We’ve definitely made inroads lately. They can run a lot less wing than what we can and get away with it, we can’t do that.

“Maybe they’re a bit more efficient than us. They’re already fast down the straight and now they’ve got the motor upgrade.” 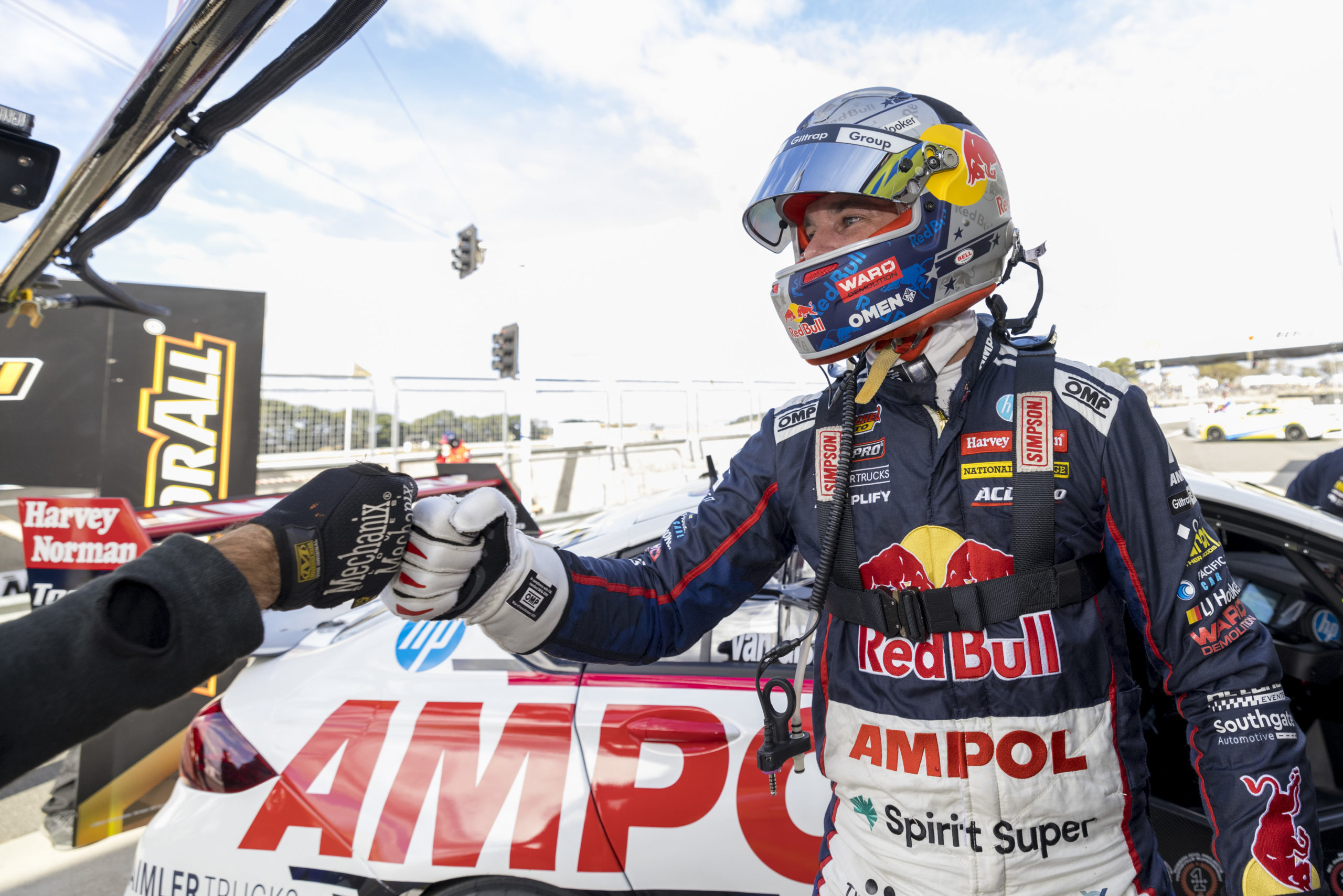 Waters claims there is a parity imbalance between the Ford Mustang and Holden Commodore and says Supercars should investigate the matter.

The Monster Energy Racing said he would “probably laugh” if Supercars showed him evidence that the cars were balanced.

“If they were that adamant that there’s nothing in it, then fine, so be it. I just think they need to do their work,” he said.

“Supercars get all the data, they see everything, I think if there has to be a shift then don’t be afraid to do it and don’t think of it as a negative or whatever.

“Supercars need to do the work, look into it, investigate it, and whatever needs to be done has to be done.

“I think it could be looked at as a negative, but it should be looked as at a positive way to improve the racing and have a better product at the end of the day.

“Everybody wants what’s fair. Back in 2019 they thought there was an issue with the Mustang and they trimmed us and they tried to get us as close as they could.

“I think it’s the opposite now. That should be okay. It is what it is. They just need to fix it.”

McLaughlin went on a four-race winning streak to start the 2019 season, only to have that run scuppered by a warm-up incident with Waters.

The Kiwi would go on to win the following two races, ending the season with a record 18 wins.

“I hate that it’s so political like that. For me, I just want what’s fair.

“I think Scotty was doing a good job in that time, no doubt. You’ve got to beat the best car with what you’ve got. So that time we were trying to beat Scotty.

“I dunno, it’s just weird kind of being on the other end of it.”