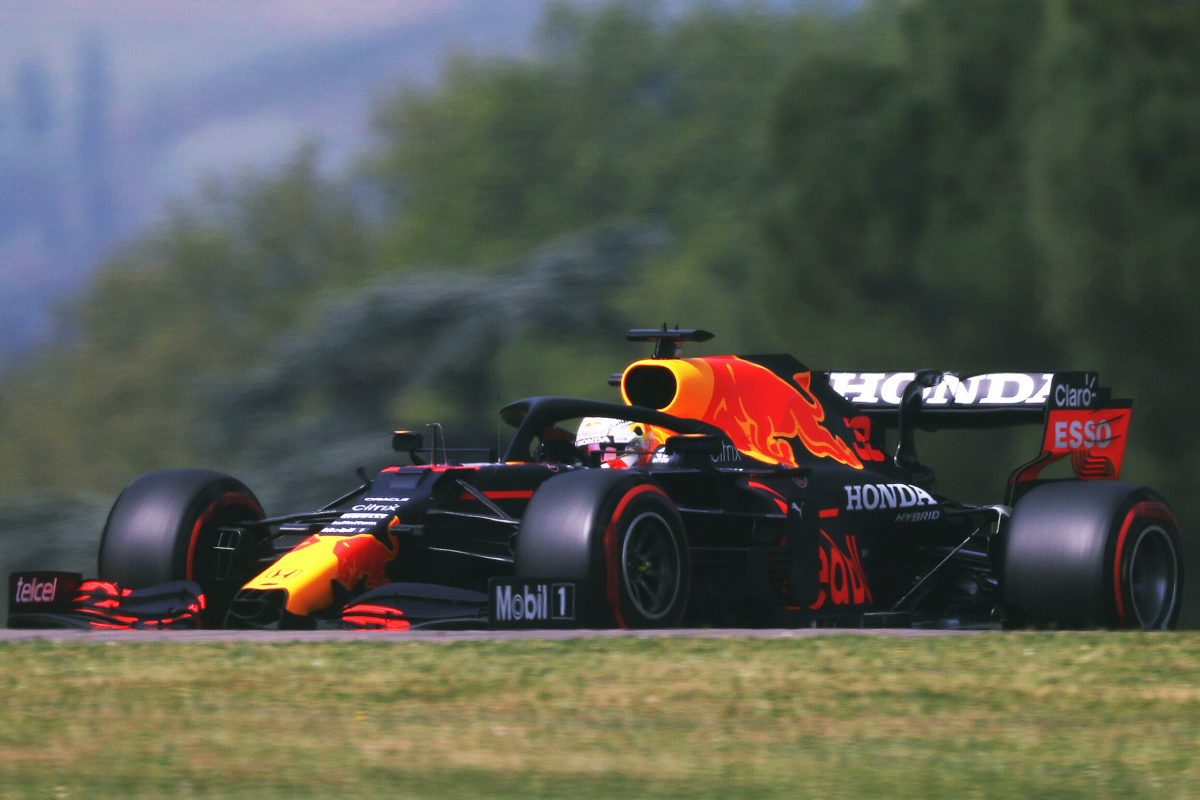 Max Verstappen has bounced back from a tough Friday to top Free Practice 3 for the Formula 1 Emilia Romagna Grand Prix in Imola.

The Dutchman went more than 0.4s faster than Lando Norris in the final practice outing of the weekend.

Lewis Hamilton was third quickest from Sergio Perez in a session that built to something of a climax after a slow start.

Kimi Raikkonen had the track to himself in the early minutes, the Finn the first driver to record a time, a 1:18.249s.

Times tumbled as more runners took to the circuit, Charles Leclerc the fastest of the 13 drivers that had been on track after 20 minutes.

Red Bull and Mercedes had both remained in the garage until that point, Bottas heading out on a set of soft tyres shortly after Sergio Perez, who’d bolted on a set of mediums.

Hamilton took to the track four minutes later, also with a set of soft tyres on his Mercedes.

Having had his first time deleted for track limits, Perez rose to the top of the timing screens with his second push lap, a 1:16.402s.

Nicholas Latifi found the wall at the Variante Villeneuve with 34 minutes to run, the incident coming just as Hamilton began his first flying lap.

The Canadian lost control at the second part of the right-left complex, having to open the steering to correct a slide and bouncing through the gravel.

He just nosed into the wall, damaging the front wing and drawing a red flag interruption.

The stoppage, during which the clock continued to tick, was brief and no sooner was Latifi back in the pit lane that the session went green once again.

Verstappen moved fastest soon after the restart, though the Dutchman’s time – a 1:16.1 – was deleted for track limits.

Bottas covered those blushes by going faster still, a 1:15.984s on what was a second flying lap on the same set of soft compound tyres.

Lewis Hamilton briefly appeared in second, a 1:16.158s before his time was stricken from timing after he understeered at Piratella and exceeded track limits.

A moment for Verstappen saw him launch the Red Bull over the kerbing at Acque Minerali.

He was able to carry on, but it was a harsh moment after he’d run wide exiting the double-right hand complex.

On his third push lap, he went fastest; a 1:15.895s pipping Bottas by less than a tenth of a second.

Having shown strong pace on Friday, Pierre Gasly then appeared at the top of the timesheets on a set of medium tyres, a 1:15.890s.

That was soon bettered by Leclerc, as the final 20 minutes offered far more action than the first third of the session had. 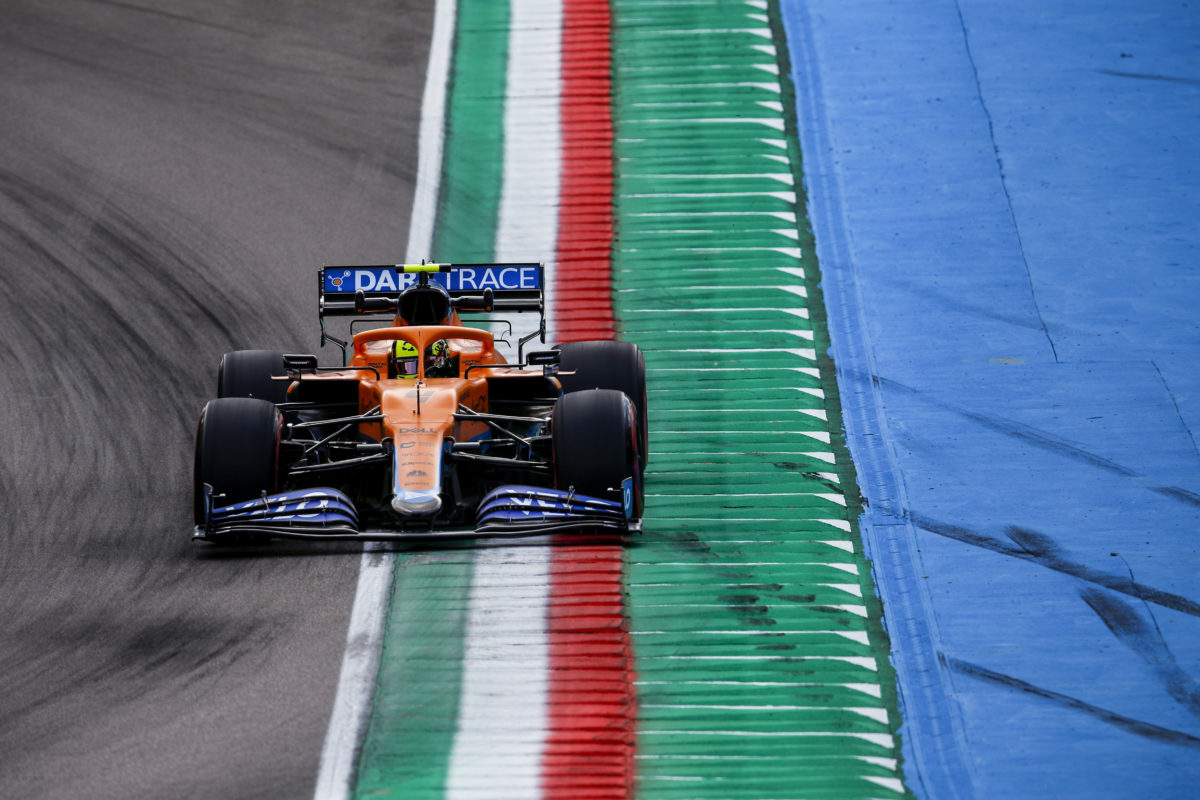 With just under 16 minutes remaining, Hamilton went to the top with a 1:15.515s, 0.022s quicker than Norris who’d been fastest of anyone through the middle sector.

With 10 minutes to run, Raikkonen found himself off track at the first part of Rivazza.

The Finn entered the corner too hot, understeering off and bouncing through the gravel before returning to the pits.

Verstappen then dipped into the 1:14 bracket, banking a scruffy lap to go fastest with a 1:14.958s on a set of soft compound tyres.

A moment for Antonio Giovinazzi saw the Italian find the gravel at Tamburello chicane, triggering a brief yellow flag before he was able to recover the car.

The Alfa driver lost the rear end as he applied the throttle, spinning him into the gravel on drivers’ left.

At the end of the 60-minute session, Verstappen remained the sole driver in the 1:14 bracket, 0.456s clear of Norris, and more than 0.5s ahead of Hamilton.

Daniel Ricciardo ended the session 13th fastest, his 1:16.253s almost a second away from the pace of his McLaren team-mate.

Qualifying for the Emilia Romagna Grand Prix follows at 22:00 AEST this evening.