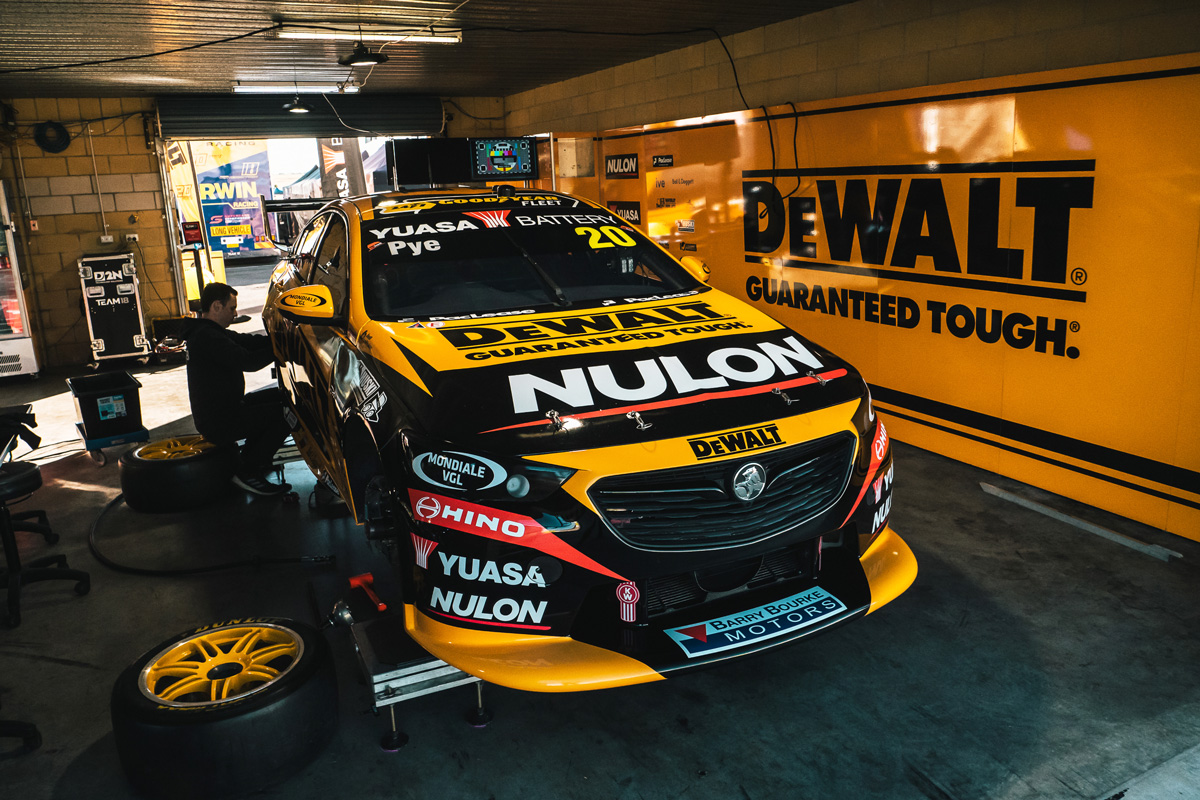 The #20 Holden of Scott Pye

Team 18 is working to rectify an electrical issue plaguing the Dewalt Racing Commodore of Scott Pye at Symmons Plains.

However, the morning was not quite as straightforward as that may suggest, the 31-year-old revealed post-session.

“So we had in Practice 1 a gearcut sensor stop working and it was sort of intermittent so it’s difficult to predict when it’s going to happen,” said Pye.

“We only had the good lap at the start of the session and then we’ve kind of had that in the background since then.

“We managed though to get a green tyre run in at the end so we have a rough idea of where we are with pace, but I can’t preload the gear lever at all.

“It doesn’t sound like much but it does make a bit of a difference when the circuit is really made up of two straights.

“The boys are working hard trying to find the problem but nonetheless car speed is not bad so I’m still happy, there’s just this little niggling problem we’ve got.”

Qualifying to set the grid for Race 6 of the season gets underway at 13:25 AEST/local time.