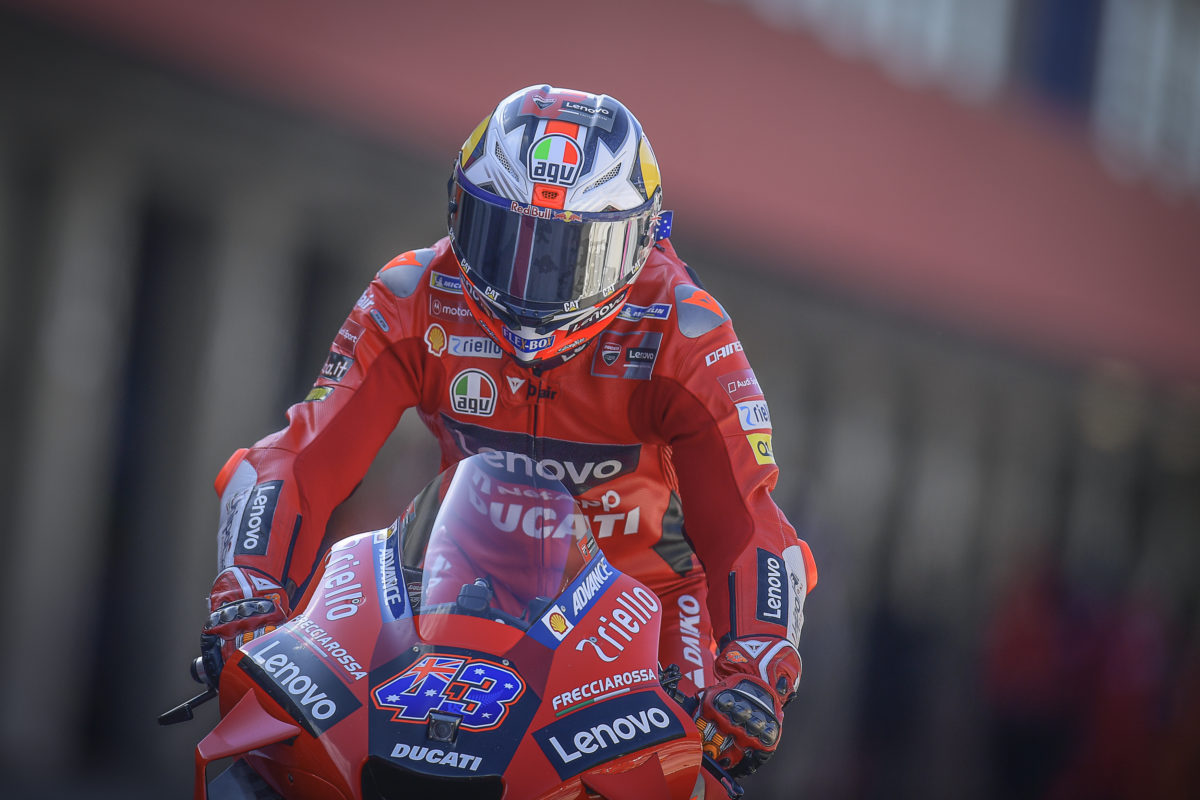 Jack Miller says his recent operation for arm pump left him with no ill effects as he ended up fifth-fastest in Friday practice for the Portuguese MotoGP.

Miller underwent surgery on April 6, just after the Doha Grand Prix, and admitted before this weekend’s round in Portimao that he is not at full fitness.

Having ridden his Ducati in the first two practice sessions, however, the Queenslander reported that his right arm was not a hindrance.

“You never know until you get on the bike but it feels really good,” he said.

“I feel powerful in my hand and no ill effects from it. I think I’m 100 percent.

“We won’t know if the surgery was a massive success until we get to Jerez [next round], where there are more fast right-handers, where we might struggle.

Miller is only ninth in the championship after finishing in that position in both races at Losail, and was 0.470s off the pace set by Ducati Lenovo team-mate Francesco Bagnaia after the opening sessions at Portimao.

He admits that he has some work to do in order to notch up his first podium since last year’s finale, at the Portuguese circuit.

“For sure [the target is] to try for the podium and what we did last year,” commented the 26-year-old.

“But there are many strong guys so we just need to be calm, stay focused and the important thing is to try to bring home more points and try our best.

“We need to keep working on the race pace a bit more and I’d like to get the bike working a bit better and then we’ll see.” 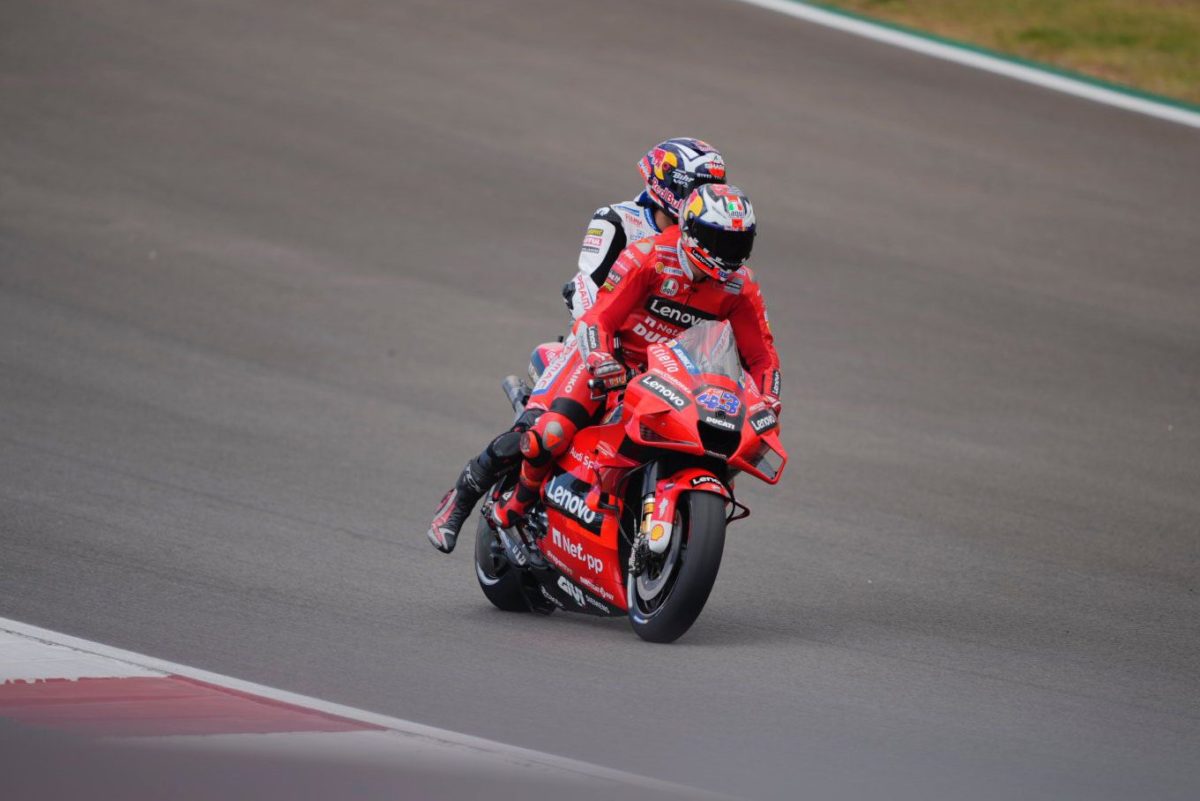 The ‘Miller taxi’ was back in action on the opening day at the Algarve International Circuit, after a small fire broke out on Ducati stable-mate Johann Zarco’s bike.

Zarco had been readying himself for a practice start when Miller noticed the issue for the Pramac entry, and would give the Frenchman a ride back to the pits.

“If you need to ask you cannot afford it, simple as that,” laughed the Australian.

“I was the only one there and who noticed. I was like ‘Dude, your bike is on fire’ and the [marshals] finally moved.

“The first [taxi ride] is free, the second one you have to pay for.”

The Frenchman explained, “It’s true that when we stop, [the bodywork near the exhaust] is always quite warm and we must be careful. Maybe [it is] just because we have 300 horsepower and we go so fast.

“Unfortunately it’s not a double seater, and it’s not so comfortable,” recalled Zarco of the ride.

“Fortunately, I could sit and Jack was on the tank, because I think it’s impossible to sit on the back of the bike or maybe we will break something.

“If I could put my feet on the footrests with him, I think we could both have got our knees down on the floor, but we didn’t have time to organise it!”

Marc Marquez (Repsol Honda), on his first day back from his long injury lay-off, ended up one spot behind Miller, in sixth.

Practice continues tonight (AEST) before qualifying gets underway at 23:10 AEST.